Turkey has unique stance in Africa, aims for development: Envoy 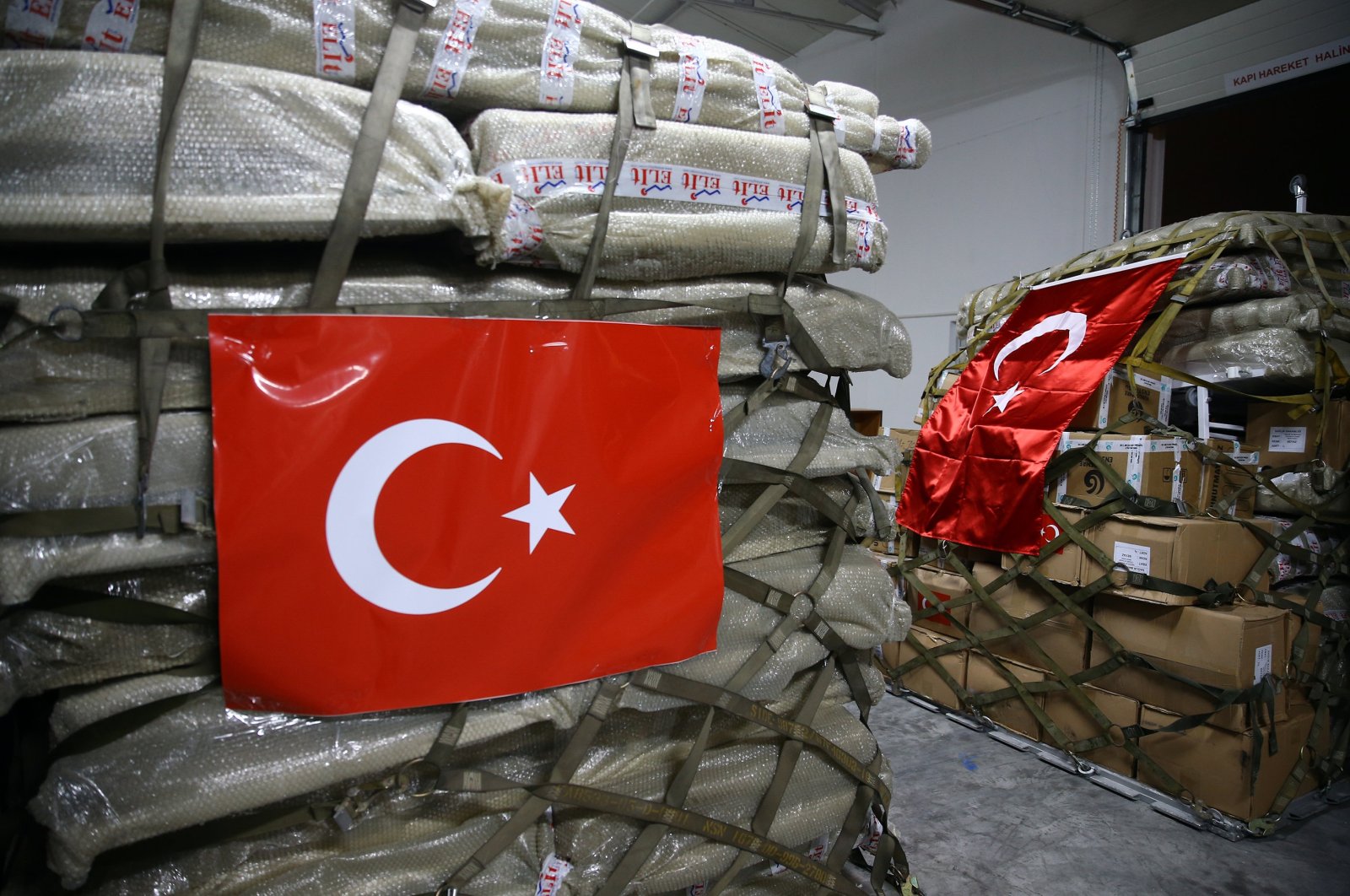 Underlining that Turkey is in Africa with all its institutions, the Turkish ambassador to Khartoum said that humanitarian aid should be diversified and focus on different areas for further contribution to the continent's development

Turkey has a unique stance in Africa, Turkey's Ambassador to Khartoum Irfan Neziroğlu stated Thursday adding that the country's priority is the development of the continent and it is now in Africa together with all its institutions.

Neziroğlu spoke during an online panel on "Humanitarian and Development Assistance Cooperation in Africa."

Stating that Turkey has had a presence in the continent, especially in North Africa, for centuries, Neziroğlu emphasized that many attempts have been made to revive the relations in the last 25 years.

"There were others in Africa while we were gone, and they've come a long way," the Khartoum ambassador said that he wished that the general African interest in Turkey becomes more specific.

Emphasizing that research centers and academic studies should go from being Africa-centered to focus on the region and the country, he said that he looks at Africa from two dimensions.

"We have come a long way with what we have done in Africa in the last 20 years. The number of our embassies has increased from 12 to 43. The representation of THY (Turkish Airlines) and other institutions shows that we are doing important work in Africa," he said.

Touching on what Turkey can do in Africa, the ambassador noted that the most important factor is to act together and in an organized manner.

Stating that Turkey is on solid ground in Africa, Neziroğlu underlined that Ankara does not have a colonial past in the continent and it approaches every region of the continent in a humane and just manner.

Emphasizing that the African policy should be constantly updated, Neziroğlu continued as follows: "Since 1517, we have been looking at Africa with a humanitarian and development focus. With the contribution of the state, civil society, academia, media, business world and other stakeholders, we can carry out our African policy in a healthier way. It is our heart's desire that everyone living in Turkey has an African agenda."

Referring to the importance of communication and coordination with the humanitarian aid institutions in Khartoum, Neziroğlu stressed that the areas where humanitarian aid activities will be carried out and need analysis should be done in a healthy manner. Neziroğlu added that institutions should inform and guide their donors in order to carry out these analyses with a constructive approach.

Expressing that humanitarian aid should be diversified and focus on different areas, Neziroğlu said: "Food aid is an important but unsustainable type of aid, we need to shift our humanitarian aid policy from food aid to vocational-technical training or other areas. Institutions that want to carry out humanitarian aid activities in Africa should work with local, reliable, capacity-tested partners. The photos and the language used while sharing them in the media are extremely important. We would like to see the Turkish flag in the donations."

Ambassador Neziroğlu, who also shared information in the section on development aids in the panel, mentioned that emergency and food aid is not sustainable and therefore development aid is needed.

Stating that vocational courses are important in this sense, Neziroğlu said: "We must implement aids that can provide people's livelihood in some way."

Giving examples of development aid from the Turkish Cooperation and Coordination Agency (TIKA) activities in Sudan for youth and women, Neziroğlu stated that continuous food aid creates a profile that is dependent on expectations and aid for a long time, and emphasized that this can be reversed with development aids.

Stating that Turkey's biggest strategy is to deliver aid with a purely humanitarian perspective, without making any distinction between people, Neziroğlu said that there is a need to establish an institution to coordinate foreign aid.

"We ensure that aid is diversified in different regions by working in coordination with our institutions in Khartoum, but it is beneficial to realize this through a higher structure. Data in the field should be collected in a single center and analyzes should be produced."

Noting the competition between countries in Africa, the Khartoum ambassador said: "Turkey has a unique stance on the continent. As Turkey, we are after good. Our priority is the development of the continent. We are now in Africa together with all our institutions."

Adopting a one-dimensional foreign policy shaped by its relations with the West for decades, Turkey has shifted its direction to a more diversified, multidimensional and independent foreign policy since the end of the Cold War. Turkey's opening up to Africa, which dates back to the action plan adopted in 1998, took shape in 2005 when it was declared the “Year of Africa” by Ankara, and Turkey was accorded observer status by the Africa Union the same year.

In 2009, there were only 12 Turkish embassies in African countries, with five of them in North Africa. Now, there are 43. While Turkish Airlines has flights to 60 different destinations in 39 countries, the TIKA has nearly 30 coordination centers in the continent and the Foreign Economic Relations Board (DEIK) have joint business councils with more than half of Africa's countries.