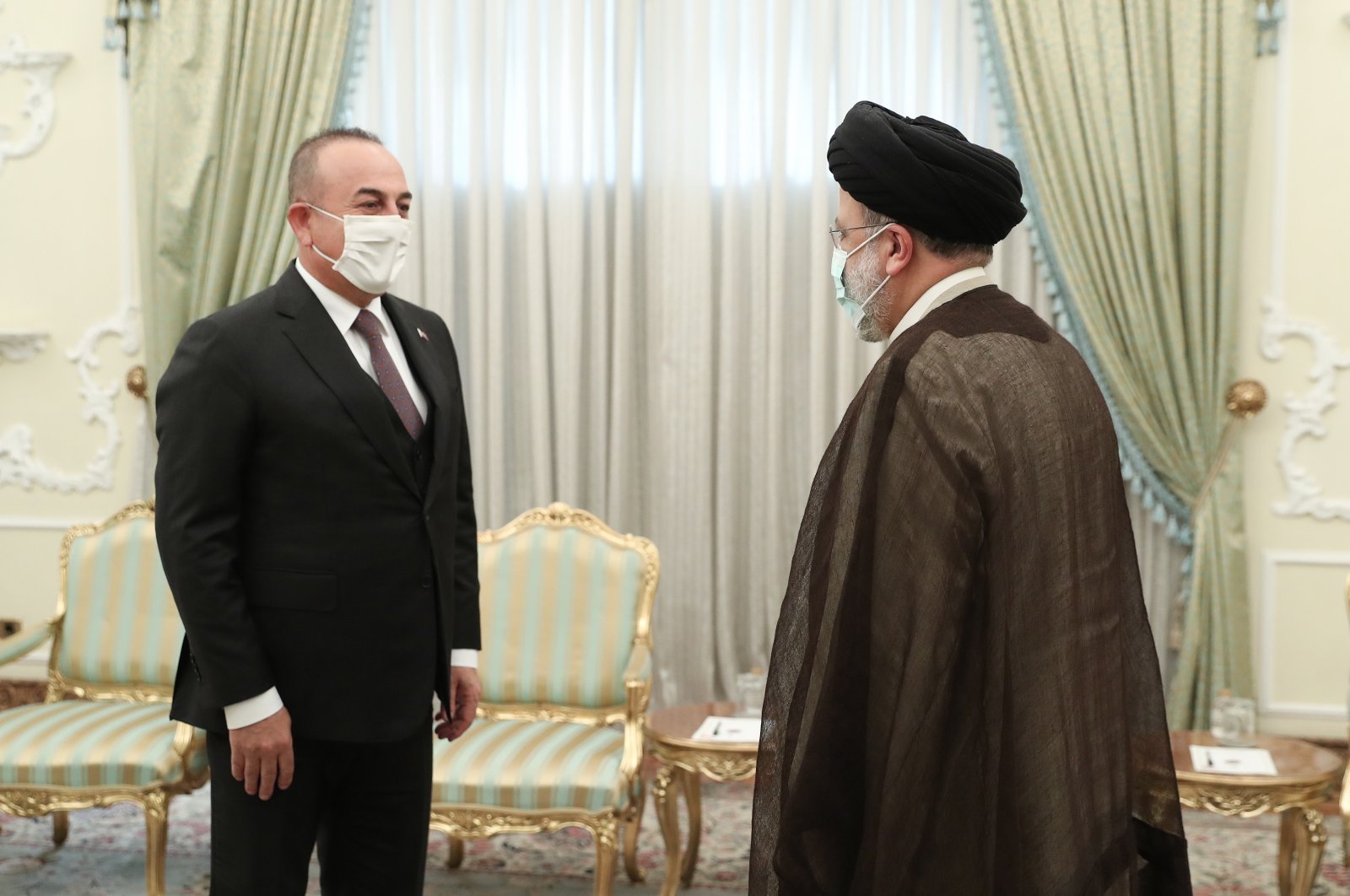 Cooperation between Tehran and Ankara should be turned into "international cooperation," Iranian President Ebrahim Raisi said Monday, adding that his country's close relations with Turkey serve the interests of regional peace and stability.

Speaking during a meeting with Foreign Minister Mevlüt Çavuşoğlu, Raisi stressed further cooperation can be effective given the "important positions" of the two countries, according to a statement released by his office.

Turkey's top diplomat arrived in Tehran early Monday on his first visit to the country since the new Iranian government entered office.

Raisi said the presence of terrorist groups like Daesh in the region is "detrimental" to both countries, and added that the fight against terrorism and organized crime can be a "focus of cooperation" between Tehran and Ankara, the statement said.

The Iranian president said that Tehran and Ankara are ready to upgrade relations to "all-inclusive cooperation."

In statements during a joint press conference with Çavuşoğlu earlier Monday, Iranian Foreign Minister Hossein Amir-Abdollahian said the two sides have agreed on a road map for long-term cooperation, while adding that there is a "lot of consensus" between them on regional issues.

The discussions between the two chief diplomats, he said, were held on bilateral trade, private sector investments and effective ways of lifting barriers in trade.

Raisi underlined the ability of regional countries to "solve their problems without foreign interference."

He said the presence of "outsiders" only creates "insecurity and tensions" between the countries in the region, citing the example of the United States' 20-year presence in Afghanistan.

Referring to Çavuşoğlu's remarks on joint cooperation with Iran to develop trade relations in the South Caucasus, Raisi said Iran has a "deep and longstanding religious and cultural bond" with Azerbaijan and Turkey, and the countries must not allow "outsiders" to sabotage it.

In his remarks, Çavuşoğlu said Turkey considers the new government in Iran to be a "results-oriented government" and reaffirmed Ankara's determination to "increase the level of cooperation" with Tehran.

The top diplomat added that Turkey seeks to "establish and strengthen joint cooperation" with Iran to ensure stability in the region.

Earlier in the day, it was stated that President Recep Tayyip Erdoğan will be visiting Iran before the year-end, during which a long-term cooperation agreement will be signed between the two countries.