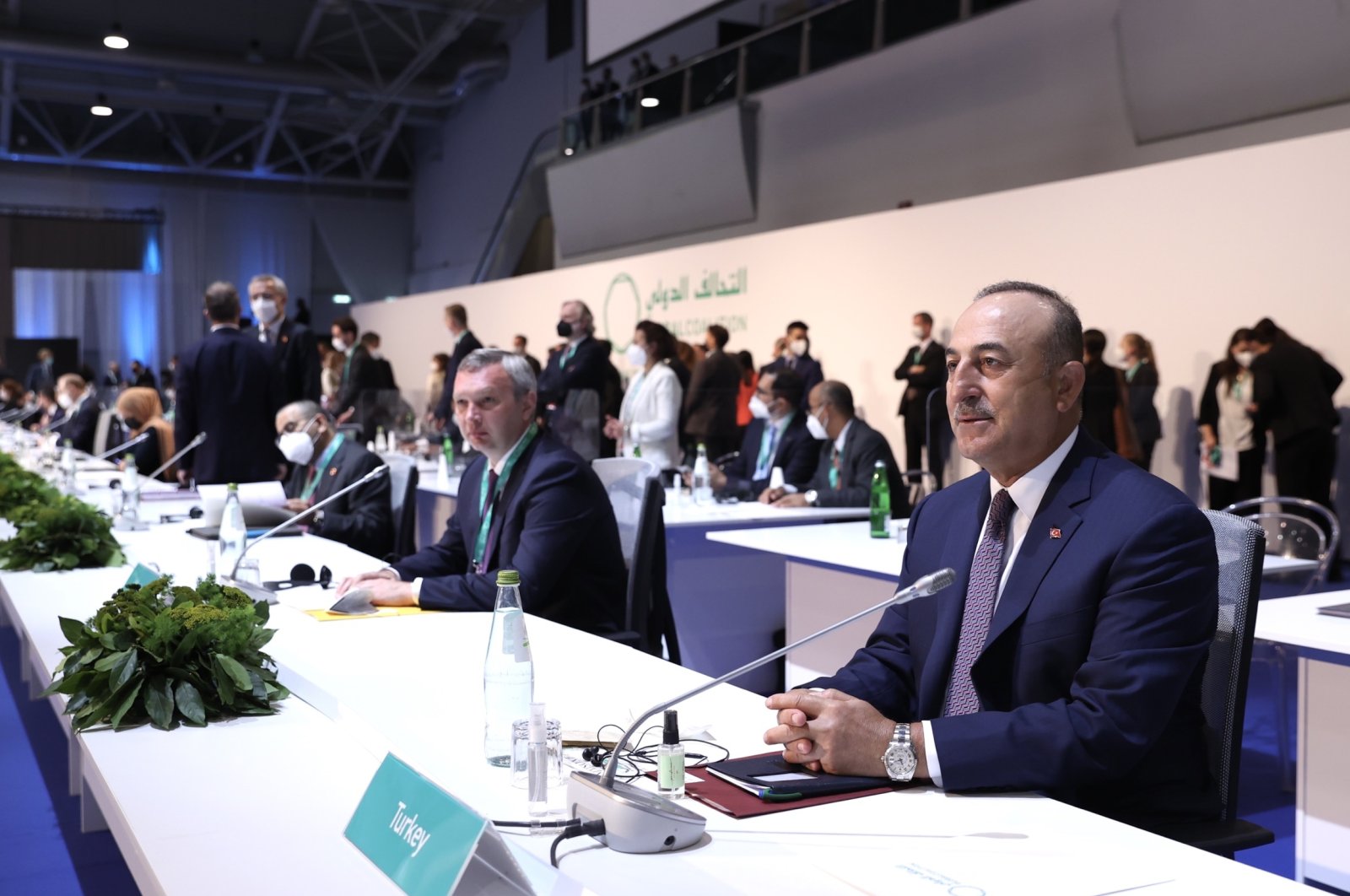 Cooperation between Turkey and Italy is vital for the region including the Eastern Mediterranean and Libya, Foreign Minister Mevlüt Çavuşoğlu stated Monday during his visit to Rome to participate in the anti-Daesh coalition meeting.

"Italy is our strategic partner and ally. Turkey has been on the side of Italy in its darkest days during the COVID-19 pandemic. Due to the recent developments and challenges in the Eastern Mediterranean, the cooperation between Turkey and Italy has become highly important for the region’s security and stability," Çavuşoğlu said, speaking to the Italian Il Messaggero newspaper.

He added that both countries will remain in contact for further cooperation and discussions on Libya.

Çavuşoğlu underlined that Ankara is supporting the political process and efforts for peace in Libya.

“We have been an active supporter of the political process facilitated by the United Nations and led by Libya to find a political and permanent solution,” Turkey’s top diplomat said and added that Turkey is also aiding in infrastructure works in the war-torn country, including health, electricity and public services.

The oil-rich country descended into chaos after dictator Moammar Gadhafi was toppled and killed in a 2011 NATO-backed uprising, resulting in multiple forces vying for power.

In recent years Libya has been split between two rival administrations backed by foreign forces and countless militias.

In October, after Turkey stepped up its support for the Government of National Accord (GNA) based in Tripoli against the forces of putschist Gen. Haftar, the two camps agreed to a cease-fire in Geneva.

Peace efforts gathered pace after an interim unity government took office in March to lead the country through the December poll.

Çavuşoğlu also spoke on the fight against terrorism, saying that Turkey has eliminated 4,500 Daesh militants so far in Syria and Iraq.

Çavuşoğlu underlined that Turkey is the only country that fought Daesh in the field and that, as a result, the terrorist group suffered a major blow to its financial and planning structure.

“We have prevented loads of money from reaching the organization. As Turkey, we have been an active member of the anti-Daesh coalition from the beginning and are the only country fighting Daesh on the field.”

Çavuşoğlu underlined that though Daesh withdrew, it still poses a threat.

He also criticized some countries for using one terrorist organization to fight another.

“The PKK/YPG and the so-called Syrian Democratic Forces (SDF) are the PKK’s Syrian affiliates. The PKK/YPG needs Daesh to preserve its own significance and uses Daesh’s presence,” Çavuşoğlu said, adding that contrary to the general impression and statements, Daesh is still deeply rooted in Syria “because the PKK/YPG is releasing Daesh terrorists in return for financial gains in the camps it controls.”

“The meeting in Rome at the level of ministers will provide us the opportunity to evaluate our fight against terrorism and discuss a road map.”

Touching upon the Syrian crisis, Çavuşoğlu stated that Turkey wants stability in Syria.

“The current instability provides a suitable atmosphere for terrorist organizations. They constitute a threat to Syria’s security and that of the region and beyond,” Çavuşoğlu said, indicating that Ankara supports all political processes for Syria and that the constitutional committee must be supported further by the international community.

“Unfortunately, due to the regime’s stern approach, no significant developments could be seen regarding the constitutional committee.”

Syria’s war has killed more than 387,000 people and displaced millions since starting in 2011 with the brutal repression of anti-regime protests.