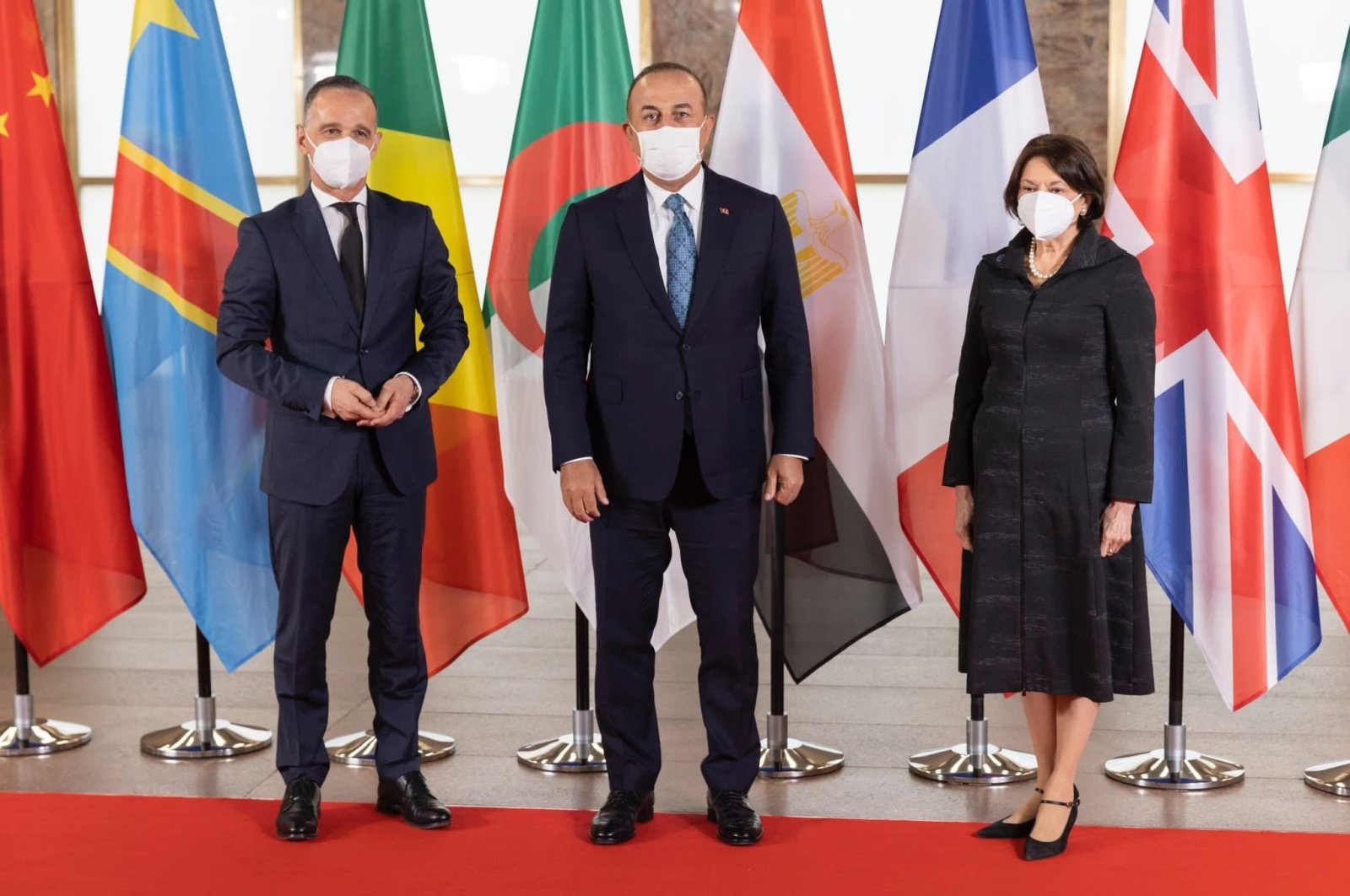 The Berlin Conference on Libya provided hope for stability in the war-torn country as countries committed themselves to the withdrawal of all foreign fighters and mercenaries and the United Nations special envoy welcomed the process.

According to a U.N. statement Thursday, Jan Kubis "welcomes the Conclusions of the Second International Conference on Libya (Berlin II)."

However, more needs to be done to consolidate this progress and ensure sustainable stability and peace in Libya, it added. The statement further put forth that the special envoy also stressed the importance of addressing all human rights violations and abuses as well as violations of international humanitarian law in Libya. Kubis urged "all Libyans and external parties to agree on a comprehensive plan, with clear timelines" to achieve the withdrawal of foreign forces in the North African country.

Libyan Foreign Minister Najla al-Mangoush voiced hope that there would finally be progress on a key pledge from the first conference in January 2020 – to pull foreign fighters out.

"We have a progress in terms of mercenaries, so you know hopefully within coming days, mercenaries from both sides (are) going to be withdrawing and I think this is going to be encouraging," she told reporters.

The withdrawal, which was agreed as part of a cease-fire in October, must be implemented in full and "without further delay," according to the final declaration from the conference.

All parties must refrain from actions that exacerbate the conflict, including "financing military capabilities or recruiting foreign fighters and mercenaries," it said.

The seven-page statement notes that Turkey expressed reservations at the conference about the demand for an immediate withdrawal.

Turkey has troops in Tripoli, which it argues were sent under a bilateral agreement with the government, implying that they are not affected by a request for foreign troops to leave.

Foreign Minister Mevlüt Çavuşoğlu also attended the talks, tweeting after the meeting: "Emphasized that we will continue to support peace, security, stability and sovereignty of Libya."

According to German Foreign Minister Heiko Maas, the underlying reason for this discussion has to do with the fact that "regular forces" – for example, those training security forces in the country – should not be compared to mercenaries.

"This has occupied us very intensively today," Maas said after the conference concluded.

Representatives from 16 countries and four international organizations were at the one-day meeting in Berlin, co-hosted by Germany and the United Nations.

"We will not rest until the last foreign force ... has left the country," Maas stressed.

He conceded, however, that this can only happen gradually. The road to peace is not a sprint, but rather a marathon, he said.

Germany and the other participants stressed the importance of planned elections for the peace process.

"Hardly anything is as crucial for peace and stability in Libya as the nationwide elections on Dec. 24," Maas said.

Maas called for the election date to be respected: "After decades of dictatorship and years of conflict, the people of Libya finally want to be heard."

Chancellor Angela Merkel stressed the importance of joint U.S.-German action to resolve the Libyan conflict. It is very important "that we send a united signal towards Libya," Merkel said on Wednesday before talks with U.S. Secretary of State Antony Blinken in Berlin.

She said she was pleased that the U.S. was back on the multilateral stage. "Germany and the U.S. are partners in this context. And we know about our responsibility."

Merkel stressed that she wanted the Libyan people to decide on their own future. She also wanted to make it clear that international partners were ready to accompany them on this path. This is important in view of the strategic importance of the situation in Libya, for example with regard to Africa and the African-European relationship.

Blinken, on his first trip to Germany as U.S. secretary of state, echoed Maas and urged parties to Libya's protracted conflict to seize the chance for peace by getting foreign fighters out of the country and laying a path for elections in December.

"We have an opportunity that we have not had in recent years to really help Libya move forward as a safe, secure, sovereign country," Blinken said in Berlin alongside his German counterpart.

According to estimates by the U.N., some 20,000 foreign mercenaries were stationed in Libya in December 2020, and the figure has not significantly changed. Arms deliveries have also not stopped.

Russia has been one of the biggest supporters of the warlord Khalifa Haftar along with France, Egypt and the United Arab Emirates (UAE) who also backed Haftar’s offensive on the capital Tripoli in 2019.

U.N. Secretary-General Antonio Guterres believes the election planned in war-torn Libya for Dec. 24 is in danger.

In order to achieve this goal, "urgent action" by the transitional government in the North African country is necessary, Guterres said in a video address at the start of the conference.

According to experts, one of the most pressing problems is the lack of a legal basis for the vote. Among other things, there is still disagreement about whether the Libyans should only decide on the parliament or also on a new president.

German diplomatic circles have also expressed doubts about whether the election will take place as planned.

The oil-rich country descended into chaos after dictator Moammar Gadhafi was toppled and killed in a 2011 NATO-backed uprising, resulting in multiple forces vying for power.

In recent years Libya has been split between two rival administrations backed by foreign forces and countless militias.

In October, after Turkey stepped up its support for the Government of National Accord (GNA) based in Tripoli against the forces of putschist Gen. Haftar, the two camps agreed to a cease-fire in Geneva.

Peace efforts gathered pace after an interim unity government took office in March to lead the country through the December poll.

However, about 1.3 million people in Libya are dependent on humanitarian aid – an increase of 400,000 since last year, according to U.N. figures.

Living conditions and supplies such as electricity and water remain poor for the majority of Libyans. The people would like to see an upturn in the economy. However, corruption and nepotism are widespread.

Germany has taken on a mediator role in the Libyan conflict, and Wednesday's talks follow up on a major conference held in Berlin in early 2020.

Germany has concrete interests, as the main routes for refugees seeking to cross the Mediterranean to Europe pass through Libya.