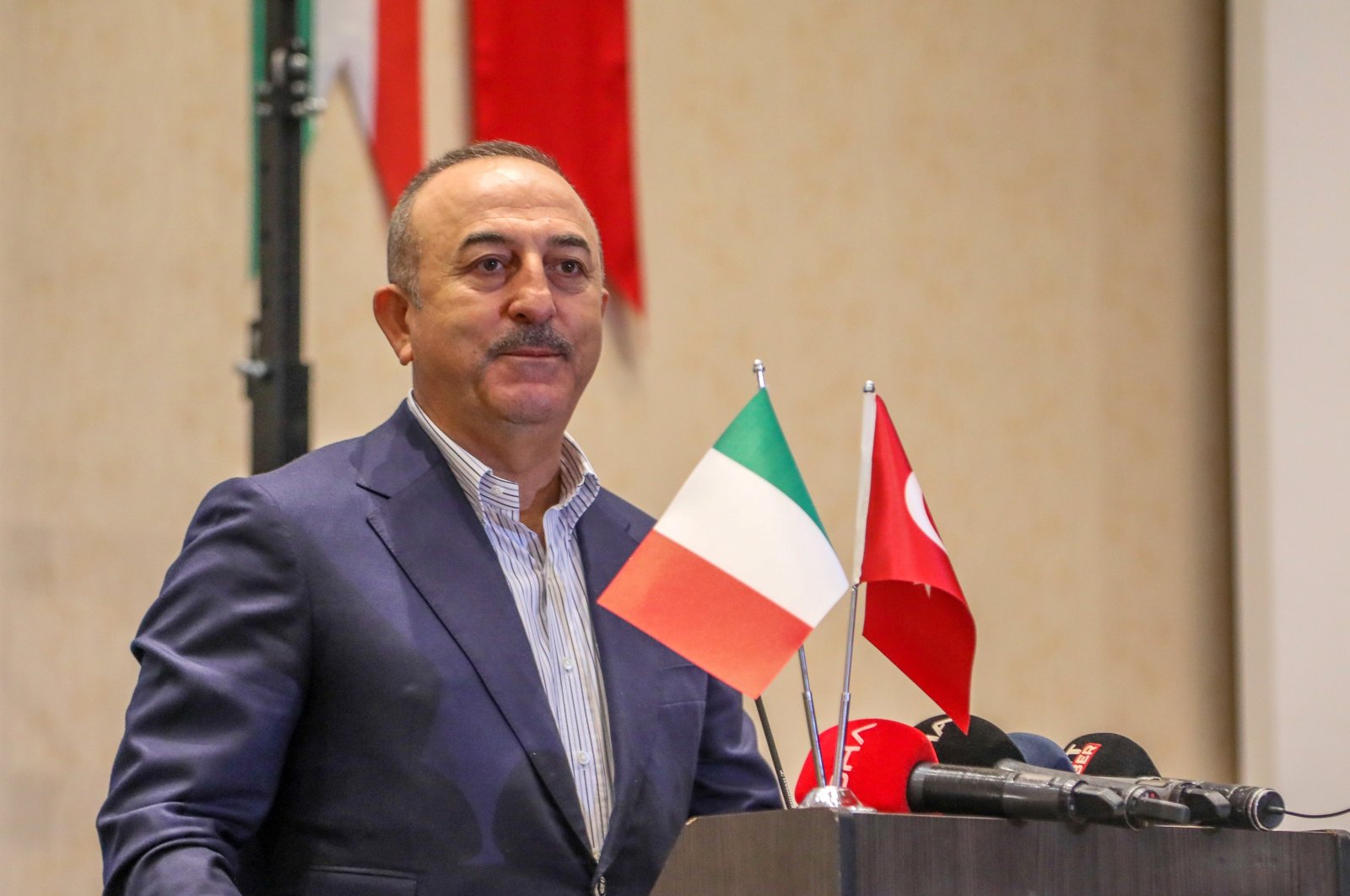 Foreign Minister Mevlüt Çavuşoğlu speaks during the inauguration ceremony of the Italian Honorary Consulate in the southern resort city of Antalya, Turkey, Dec. 4, 2021. (DHA Photo)
by DAILY SABAH Dec 05, 2021 11:40 am

The top Turkish diplomat made the remarks during the inauguration ceremony of the Italian Honorary Consulate in the southern resort city of Antalya.

Reiterating that he often meets and holds phone calls with his Italian counterpart Luigi Di Maio, he said the countries are determined to improve the relations and increase the bilateral trade volume to $30 billion.

"I believe the consulate will significantly contribute to greater cooperation in both tourism and bilateral relations,” he said.

Çavuşoğlu thanked outgoing Italian Ambassador Massimo Gaiani, who was also present at the inauguration, for his role in advancing Turkey-Italy relations.

At a webinar hosted by Istanbul 29 Mayıs University last week, Gaiani said relations between Turkey and Italy are excellent, both at the political and the economic level.

Regarding Turkish-European Union relations, Gaiani said Turkey’s membership in the union, fervently and continuously supported by Italy, would benefit both parties. He also said it would be a positive development, even though Italy, Turkey and the EU often disagree on many things, and that Turkey plays an important role in the fight against crime, irregular migration, terrorism and many other regional problems.