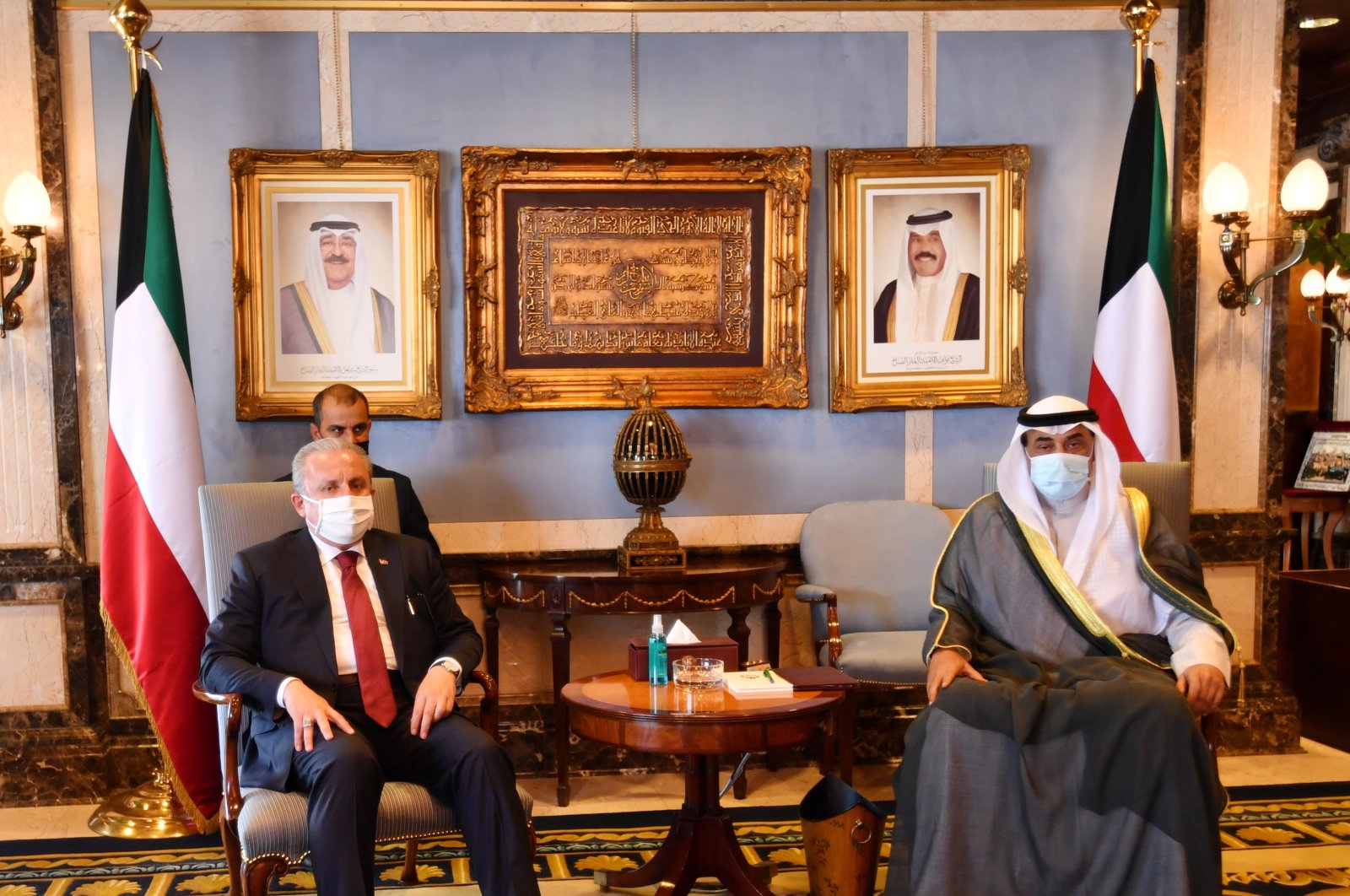 Turkey and Kuwait have the potential to improve bilateral cooperation in the fields of health and defense, Turkey's Parliament Speaker Mustafa Şentop said Monday.

Şentop arrived early Monday in Kuwait for a two-day visit along with a delegation of deputies. He was welcomed at Kuwait International Airport by Secretary-General of the Kuwait National Assembly Farz Al-Daihani and Turkey's Ambassador to Kuwait Ayşe Hilal Sayan Koytak.

Şentop held meetings with Kuwaiti Crown Prince Sheikh Meshal Al-Ahmad Al-Jaber Al-Sabah at Bayan Palace and later with Prime Minister Sabah Al-Khalid Al-Sabah. After the meeting with prime minister Al-Sabah, Şentop said that “the deep-rooted ties” based on common cultural and humanitarian values ​​strengthen the friendship between the two countries.

Noting that Kuwait has a long way to reach its 2035 targets, Şentop said relations can be further strengthened in this context. “An agreement was reached for cooperation in Naaim Industrial City, which will be one of Kuwait's major projects. We hope that the investments of Kuwaiti companies in our country, which already exceed $2 billion, will continue to increase. We also have the potential to improve our cooperation in the fields of health and defense,” he said.

Şentop added that cultural ties will also be strengthened with the opening of a Yunus Emre culture center in Kuwait, which will provide Turkish courses.

Şentop also expressed appreciation for Kuwait's mediation efforts for the peaceful resolution of the crisis between the Gulf countries and Qatar.

“We also welcomed the positive results of the summit held in Al-Ula in January,” he said.

In June 2017, a Saudi-led coalition issued 13 sweeping demands, including the closure of the Al Jazeera news network and the shuttering of a Turkish military base, in exchange for ending its blockade of Qatar. They also demanded Doha curb relations with Riyadh's archrival, Tehran, in a situation that came to be known as the Gulf crisis. Qatar rejected the demands, calling them "unrealistic" and "not actionable," leading to a stalemate. The rift seems to have eased, with the countries now re-engaging in dialogue.