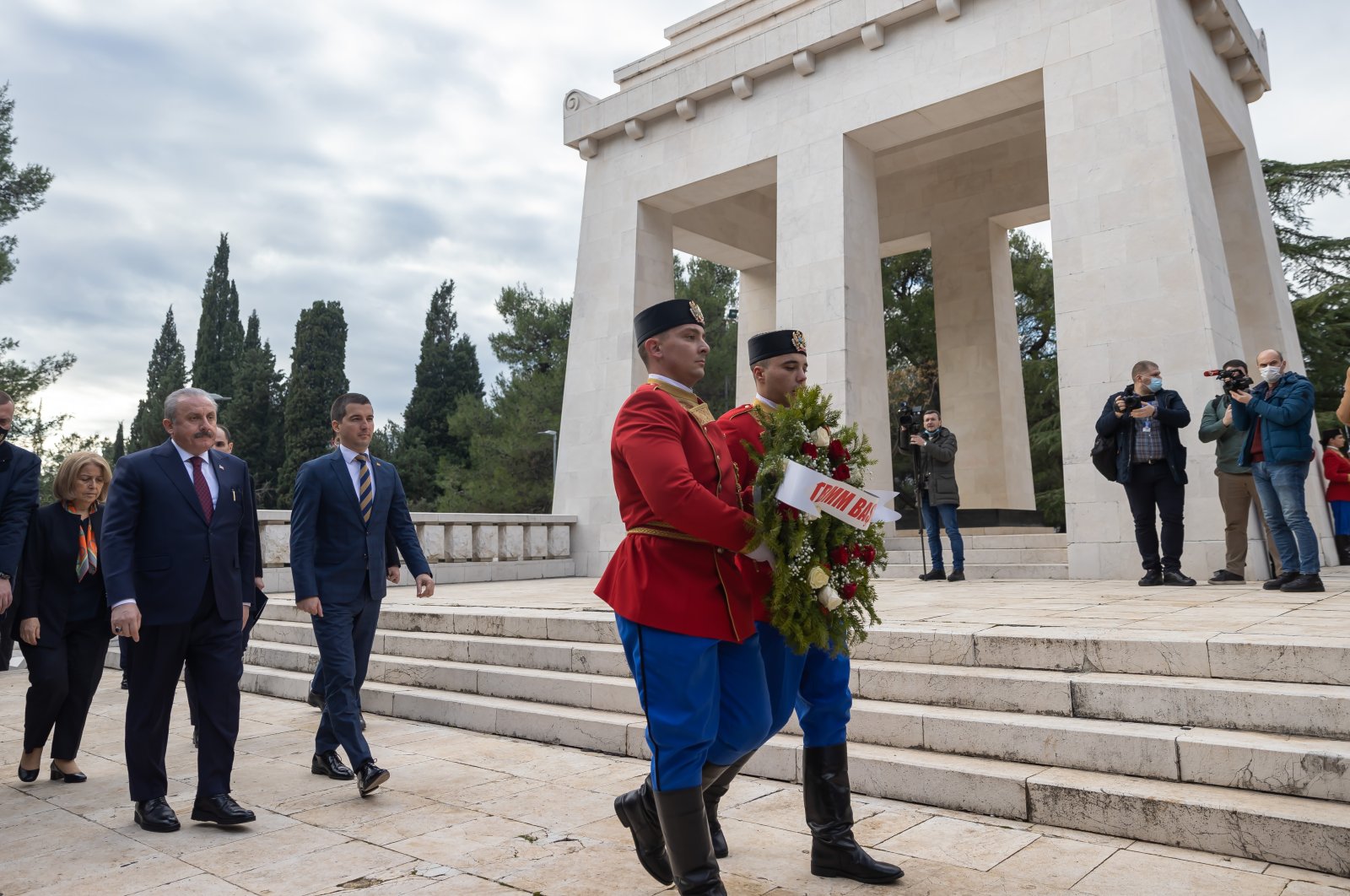 Turkey and Montenegro on Thursday signed an inter-parliamentary cooperation agreement during Parliament Speaker Mustafa Şentop's visit to the country.

Şentop met with his Montenegrin counterpart Aleksa Becic in the capital Podgorica.

During the meeting, it was agreed that the common historical heritage between the two countries contributed to the continuous progress in relations between their Parliaments.

Underlining that the Parliaments of the two countries were already cooperating, Şentop said the new protocol would strengthen its groundwork.

"We have exchanged important information on sharing good practices and experiences in this regard. I think that this will especially benefit the work of our parliamentary teams and bureaucrats. In this way, we're going to deepen our relations at the parliamentary level," he said.

For his part, Becic emphasized that Turkey-Montenegro ties were at "the highest level in history."

"At our meeting, we agreed that we've written the most beautiful pages of our long and rich common history with many meetings we held this year," he said.

He added that the Montenegrin diaspora in Turkey was an important and strong bridge of cooperation between the two countries.

Following the bilateral meetings, Şentop visited the historic Mehmet Fatih Madrasah in Tuzi, a small town in Montenegro, accompanied by the President of the Montenegro Islamic Union Rıfat Feyziç and Turkey's Ambassador to Montenegro Songül Ozan.

Meeting with the students there, Şentop said Montenegro is a multicultural and multiethnic country, adding that, "We have only one message – establish an environment in the whole world where people can live in peace according to their own beliefs."

Şentop later visited the Nizam Mosque in Tuzi, which was restored by the Turkish Cooperation and Coordination Agency (TIKA).