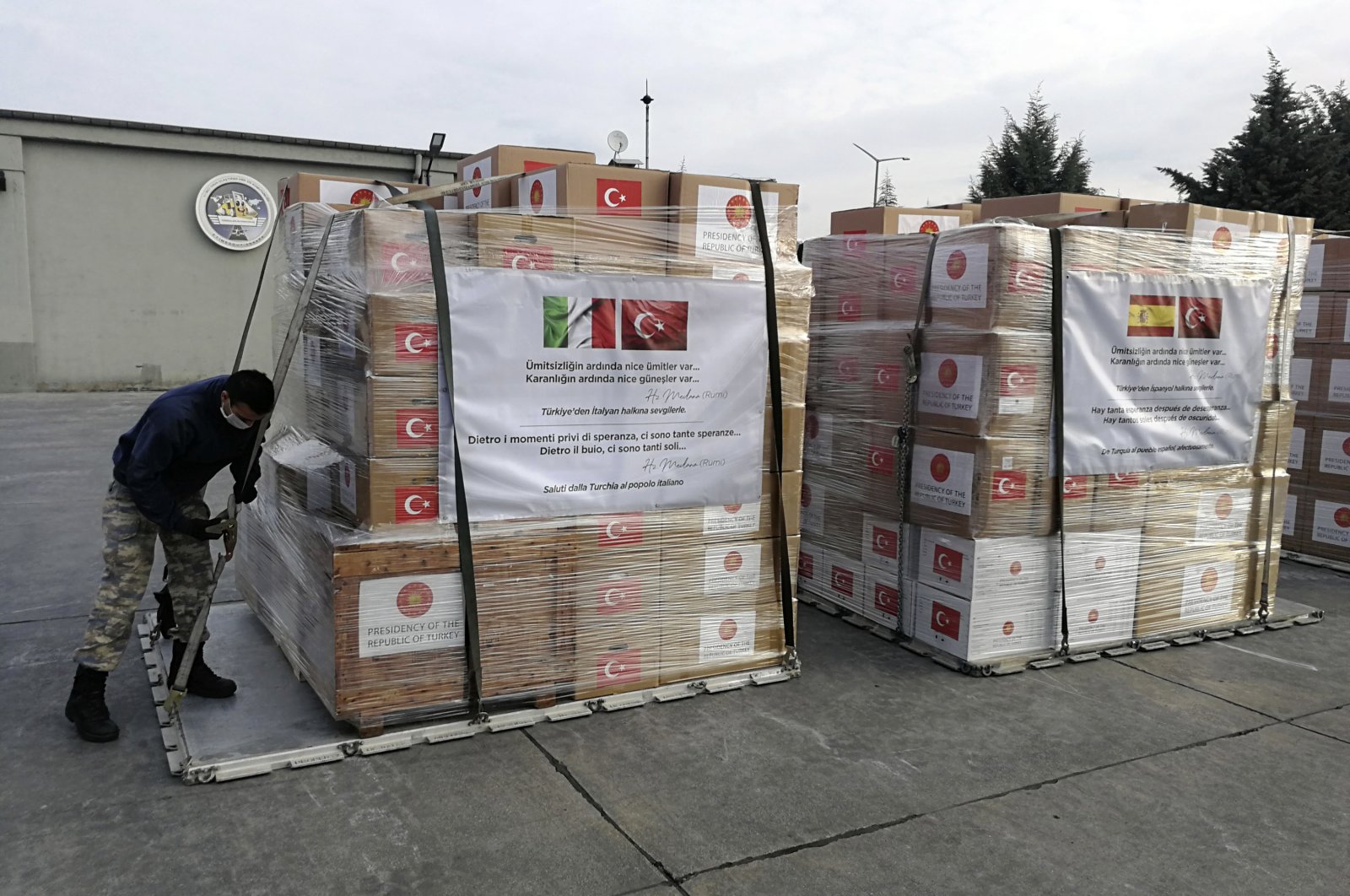 Turkey sent condolences to Spain and Italy over their record number of deaths due to COVID-19, the infection that has spread to 180 countries in over three months.

"Our friend and ally, Italy, is one of the leading countries in the fight against the epidemic," Erdoğan wrote to Italian Prime Minister Giuseppe Conte.

Turkey mourns alongside Italy as the country honored coronavirus victims with a minute of silence, Erdoğan said, adding that Ankara earlier sent medical aid to Italy through the Turkish Red Crescent.

"We delivered additional material from our military channels in response to your call for assistance through NATO's Euro-Atlantic Disaster Response Coordination Centre (EADRCC)," he said.

The letter also mentioned articles from Italian media which claimed that medical supplies were confiscated by Turkey.

Erdoğan thanked Italian officials for their discreet statements against such claims.

In a separate letter to Spanish premier Pedro Sanchez, the Turkish head of state, besides offering condolences and informing about aid sent, said: "We show all the ease we can regarding the export of the medical materials you need from our country."

Both Italy and Spain are among the worst-hit by the COVID-19 outbreak. At least 13,915 and 10,003 deaths have been reported in each country respectively, as of Thursday evening, according to Johns Hopkins University's Coronavirus Resource Center.

The global death toll from the virus has soared to over 50,000, with nearly a million people infected.