Turkey must be supported on refugee issue: UNHCR official 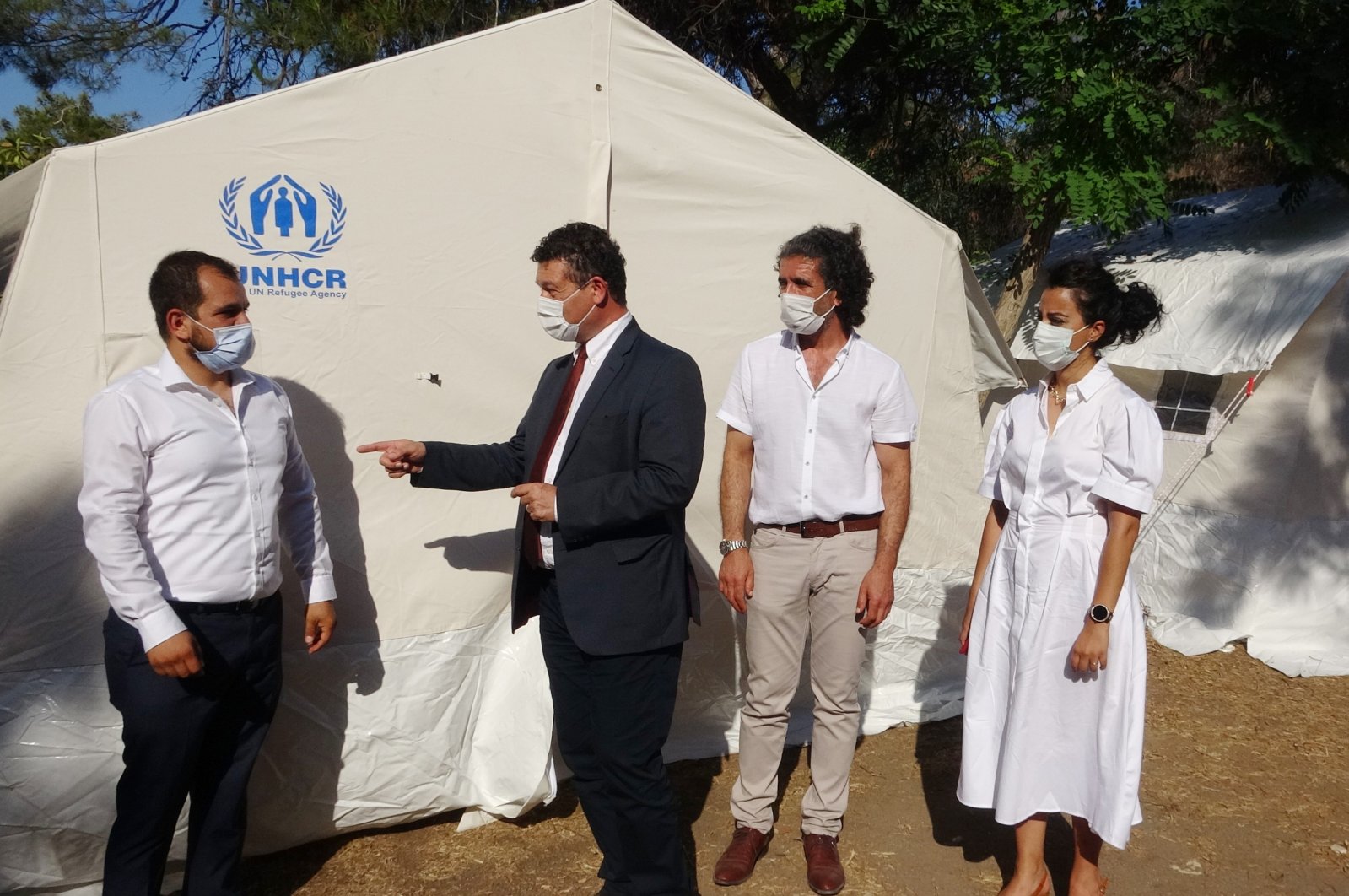 Philippe Leclerc, the representative of the U.N. High Commissioner for Refugees (UNHCR) in Turkey, is seen during a visit to southern Turkey's Mersin city, June 12, 2021. (IHA Photo)
by Anadolu Agency Jun 17, 2021 11:38 am
RECOMMENDED

Ankara should be given more support from other international actors as Turkey hosts the most migrants or refugees of any country in the world, a United Nations representative said Wednesday.

"More support should be provided to Turkey by many other states who are not facing such a difficulty," Philippe Leclerc, the representative of the U.N. High Commissioner for Refugees (UNHCR) in Turkey, said during an online meeting held by the Turkish Heritage Organization ahead of World Refugee Day.

Designated by the U.N. in 2000 to honor refugees around the globe, World Refugee Day is celebrated annually on June 20 to raise awareness of the situation of refugees throughout the world.

Leclerc said he is proud to work in Turkey, which is handling the refugee issue responsibly and seriously. He noted that Turkey provides education and access to employment to refugees under its "inclusion policy."

In addition to financial support to Turkey, he said industrialized states should also share the responsibilities on refugees through resettlement programs which would make it possible for refugees to live in other countries.

Leclerc said the refugee issue is not a Middle East phenomenon only, as most refugees are living in middle-income or low-income countries with neighboring conflicts.

"The UNHCR is supporting Turkey to implement registration, organization and access to health for Syrian refugees," he added.

Syria has been ravaged by a civil war since early 2011 when the regime cracked down on pro-democracy protesters. Hundreds of thousands of people have been killed and more than 10 million remain displaced, according to U.N. estimates. Turkey hosts more than 4 million refugees – more than any country in the world.