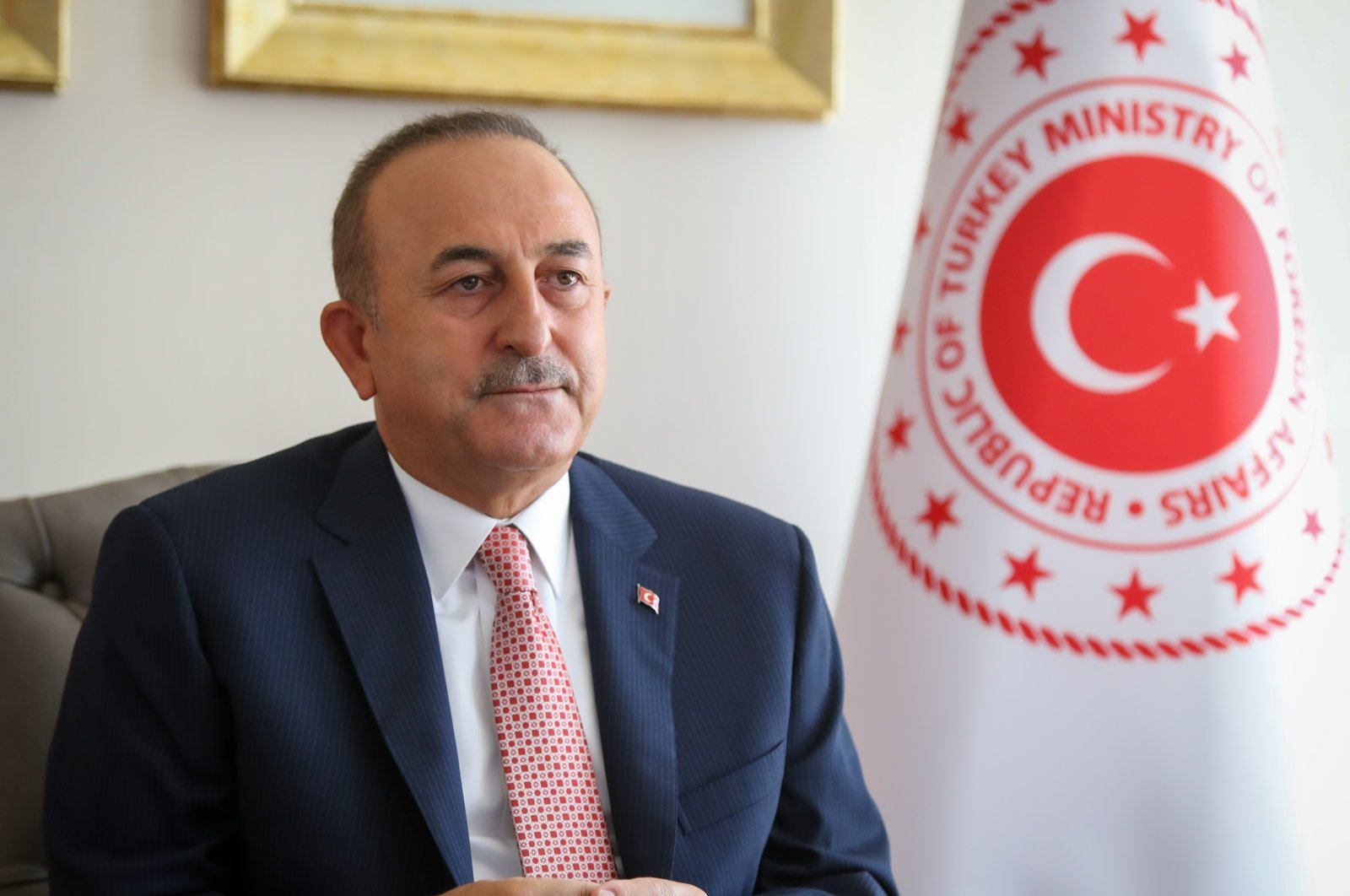 "We told Egypt's charge d'affaires that we could reach a (jurisdiction) agreement with them just like we did with Libya," Çavuşoğlu said in a live interview on CNN Türk.

Çavuşoğlu noted that Egypt did not violate the Turkish continental shelf while making an agreement with Greece and the Greek Cypriot administration.

He added that there have been meetings regarding the intelligence levels between the two countries.

The relations between Turkey and Egypt deteriorated after Abdel-Fattah el-Sissi toppled the country’s first democratically elected president, Mohammed Morsi, in a coup after only a year in office.

The military then crushed the Muslim Brotherhood movement in a major crackdown, arresting Morsi and many of the group's leaders, who have been in prison undergoing multiple trials ever since the coup.

Morsi, who had diabetes and kidney disease, collapsed and died during a trial in June 2019. Morsi's family said he died because he had not been provided with proper medical treatment.

Egypt under el-Sissi has been carrying out an anti-Turkey campaign and has arrested Turkish tourists visiting the country.

'Greece can turn this period into opportunity'

Çavuşoğlu also said that more moderate messages have started to come from Greece on the issue of the Eastern Mediterranean, but Athens has not abandoned its maximalist policies.

"The messages coming from the Greek prime minister in the past two to three days have been more moderate. More moderate messages have started to come in recent days. Greece started to give a more positive message, taking the opportunity of the return of the (Turkish seismic exploration vessel) Oruç Reis to Antalya Port to replenish supplies and for maintenance," he said.

"On the other hand, saying 'we want more of this,' they maintain their maximalist attitude," he added.

Noting that the exploratory talks that started after the 1996 Kardak crisis are a mechanism established to decide how to resolve problems that cannot be solved with agreements, Çavuşoğlu underlined that not only one issue but all issues should be discussed in one package.

The Kardak crisis arose when a Turkish ship named Figen Atak got stuck at the island of Imia (Kardak), sparking a military dispute between Turkish and Greek forces and leading to a crisis that brought the two countries to the brink of war. Later on, after a phone call from then-U.S. President Bill Clinton and the efforts of then-NATO Secretary-General Javier Solana, tensions de-escalated and the crisis ended.

Çavuşoğlu emphasized that the Oruç Reis returned to the port due to routine periodic maintenance and does not indicate a concession.

"As our President (Recep Tayyip Erdoğan) told (German Chancellor Angela) Merkel today, we have given diplomacy an opportunity in the past, but Greece declined it," he said.

"Instead of expecting more from us, Greece can turn this period into an opportunity by taking positive steps. We say that Greece should not miss this opportunity, which it did by signing an agreement with Egypt before," he added.

Çavuşoğlu reiterated that Turkey retains an inherent right in the areas where the Oruç Reis is conducting seismic research.

Turkey, the country with the longest coastline in the Eastern Mediterranean, has sent out drillships to explore for energy on its continental shelf, citing Ankara's and the Turkish Republic of Northern Cyprus' (TRNC) rights to the resources in the region.

Touching on the Seville map, which is used by Greece to isolate Turkey by trying to confine it to its Mediterranean coast, the minister said: "Primarily, Greece should announce that it does not accept this map. As long as this map remains, it is impossible to solve problems."

The map, prepared by professor Juan Luis Suarez de Vivero of the University of Seville in southern Spain in 2004, suggests that the boundaries that Greece claims in the Aegean and Mediterranean seas as its continental shelf and the exclusive economic zone (EEZ) declared by the Greek Cypriots in 2004 indicate the official borders of the European Union.

This map claims that the Greek continental shelf starts from the island of Kastellorizo (Megisti-Meis) and goes south to the middle of the Mediterranean Sea, which gives Turkey no territory beyond the Gulf of Antalya in southern Turkey.

Çavuşoğlu went on to say that Germany's stance on the Eastern Mediterranean issue is more objective and constructive, adding, however, that "France wants to sell weapons by increasing tensions."

He said Greece has been arming the islands with a nonmilitary status in the Aegean Sea since 1960 and underlined that Athens now accepted the armament of islands which it had always denied before 1974.

Regarding Libya, Çavuşoğlu said that Turkey and Russia have moved closer to an agreement on a cease-fire and political process in Libya during their latest meetings in Ankara.

Ankara and Moscow are the main power brokers in Libya's war, backing opposing sides. Russia supports the eastern-based forces of putschist Gen. Khalifa Haftar, while Turkey backs the internationally recognized Government of National Accord (GNA). The GNA and the leader of a rival parliament in the east called for a cease-fire last month, but Haftar dismissed the move.