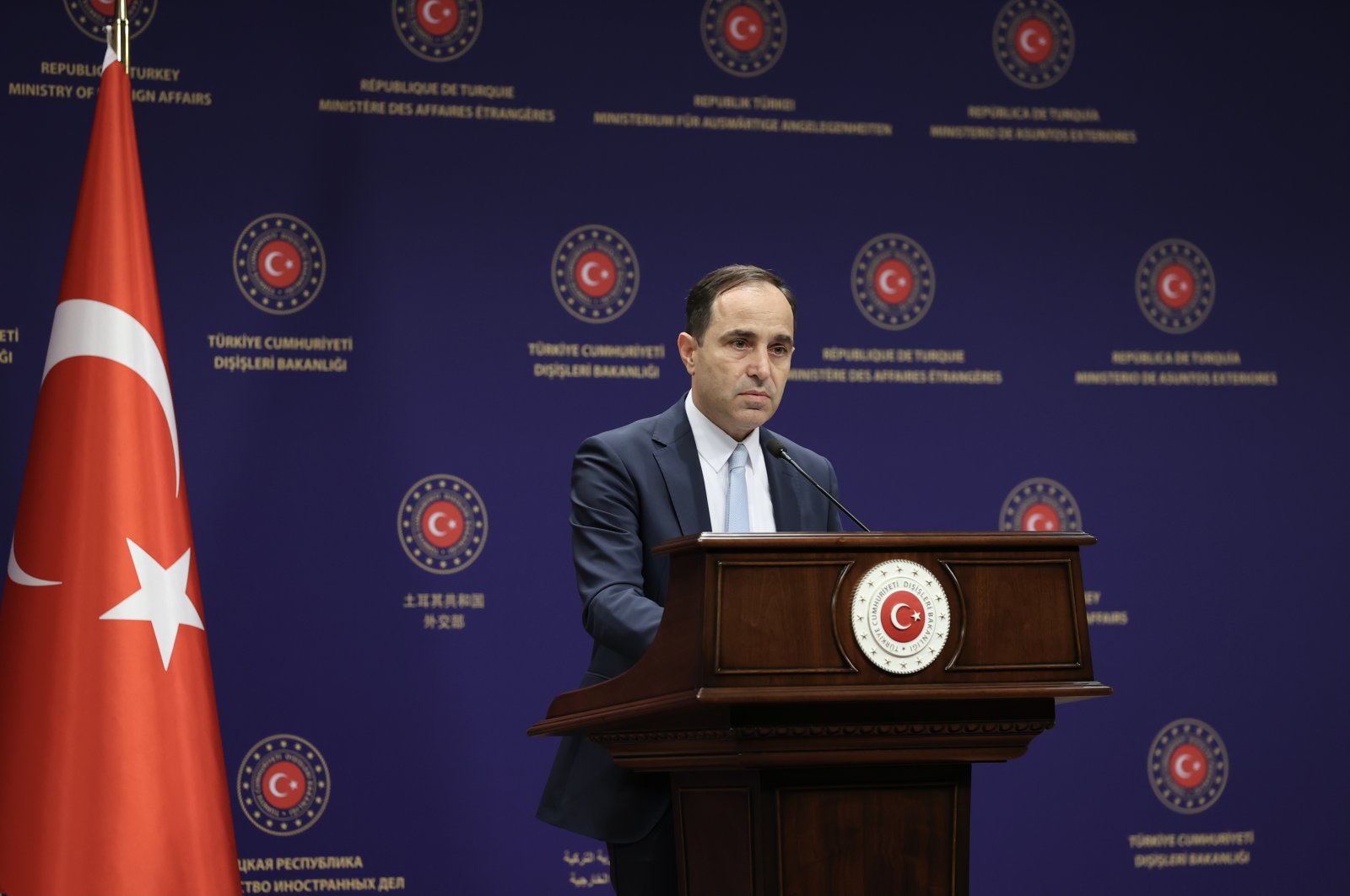 Foreign Ministry spokesperson Tanju Bilgiç blasted Greek Foreign Minister Nikos Dendias late Tuesday over the Greek official's proclamations about the Daesh terrorist group, underlining that Turkey is the only NATO country to fight the extremist militants on the ground.

Responding to Dendias' comments in a recent interview with Real.gr, Bilgiç tweeted that Turkey is the only NATO member with its army on the ground in the fight against Daesh, adding that it has cleared more than 8,200 square kilometers (3,166 square miles) in Syria.

Bilgiç highlighted that Turkey also serves as co-lead of the Foreign Terrorist Fighters Working Group, stressing that it is an "active contributor to the prevention of foreign terrorist fighter movements."

"Greece itself is a safe haven for terrorist organizations, with a disgraceful track record," the official underlined.

"Repeated slandering of Turkey by Greece is a sign of insecurity and the burden of guilt."

Greece has long been accused of being a favorite hideout for terrorists from the Revolutionary People’s Liberation Party-Front (DHKP-C) and the PKK. Those fleeing Turkey have taken shelter in refugee camps in Lavrion near Athens under the guise of seeking asylum, especially in the 1980s. Despite the closure of Lavrion in 2013 amid pressure from Turkey, Greece continues to be the primary destination for DHKP-C terrorists.