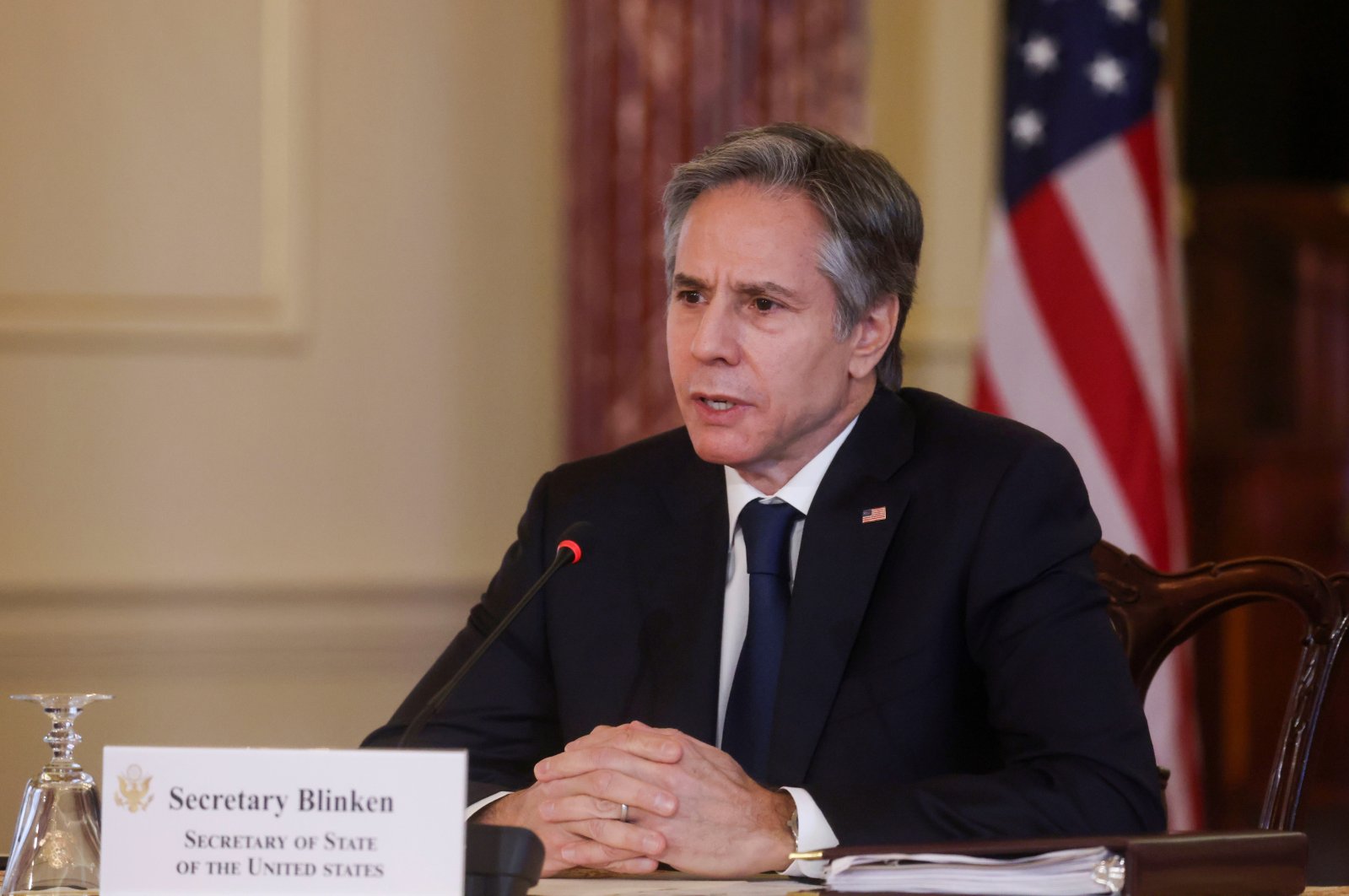 U.S. Secretary of State Antony Blinken participates in a virtual bilateral meeting with Kenya's President Uhuru Kenyatta during a videoconference at the State Department in Washington, D.C., the U.S., April 27, 2021. (Reuters Photo)
by Daily Sabah with Reuters Apr 28, 2021 9:55 pm
RECOMMENDED

U.S. Secretary of State Antony Blinken said Wednesday that Turkey and all other U.S. allies should refrain from making further purchases of Russian weaponry, saying this could trigger more sanctions.

"It's also very important going forward that Turkey, and for that matter all U.S. allies and partners, avoid future purchases of Russian weaponry, including additional S-400s," Blinken said at a virtual event at Washington's Foreign Press Center.

"Any significant transactions with Russian defense entities, again, could be subject to the law, to CAATSA, and that's separate from and in addition to the sanctions that have already been imposed," he said, referring to the Countering America’s Adversaries through Sanctions Act, which is designed to dissuade countries from buying military equipment from the NATO foe.

Blinken also said that given President Joe Biden's widely-known views, his recent declaration on 1915 events should not have come as a surprise.

Last Saturday, Biden called the events of 1915 a "genocide," breaking with American presidents' long tradition of refraining from using the term.

Biden's remarks came in a customary statement on the anniversary, a day after speaking with President Recep Tayyip Erdoğan. Biden is said to have acknowledged during the conversation that he planned to go ahead with the statement and was seeking to placate the expected uproar from NATO ally Turkey.

Erdoğan on Monday following a Cabinet meeting, called upon U.S. authorities to come to Turkey and "inspect the evidence with regards to 1915."

"Armenian gangs, who numbered at least 150,000 to 300,000 people, carried out massacres in Turkish territory. Furthermore, they partnered with Russian forces to fight against us. The Ottoman authorities took precautions," he said, underlining the crimes perpetrated by Armenian gangs at the time.

Turkey's position on the 1915 events is that the death of Armenians in eastern Anatolia took place when some sided with invading Russians and revolted against Ottoman forces. A subsequent relocation of Armenians resulted in numerous casualties, added to by massacres committed by militaries and militia groups on both sides.