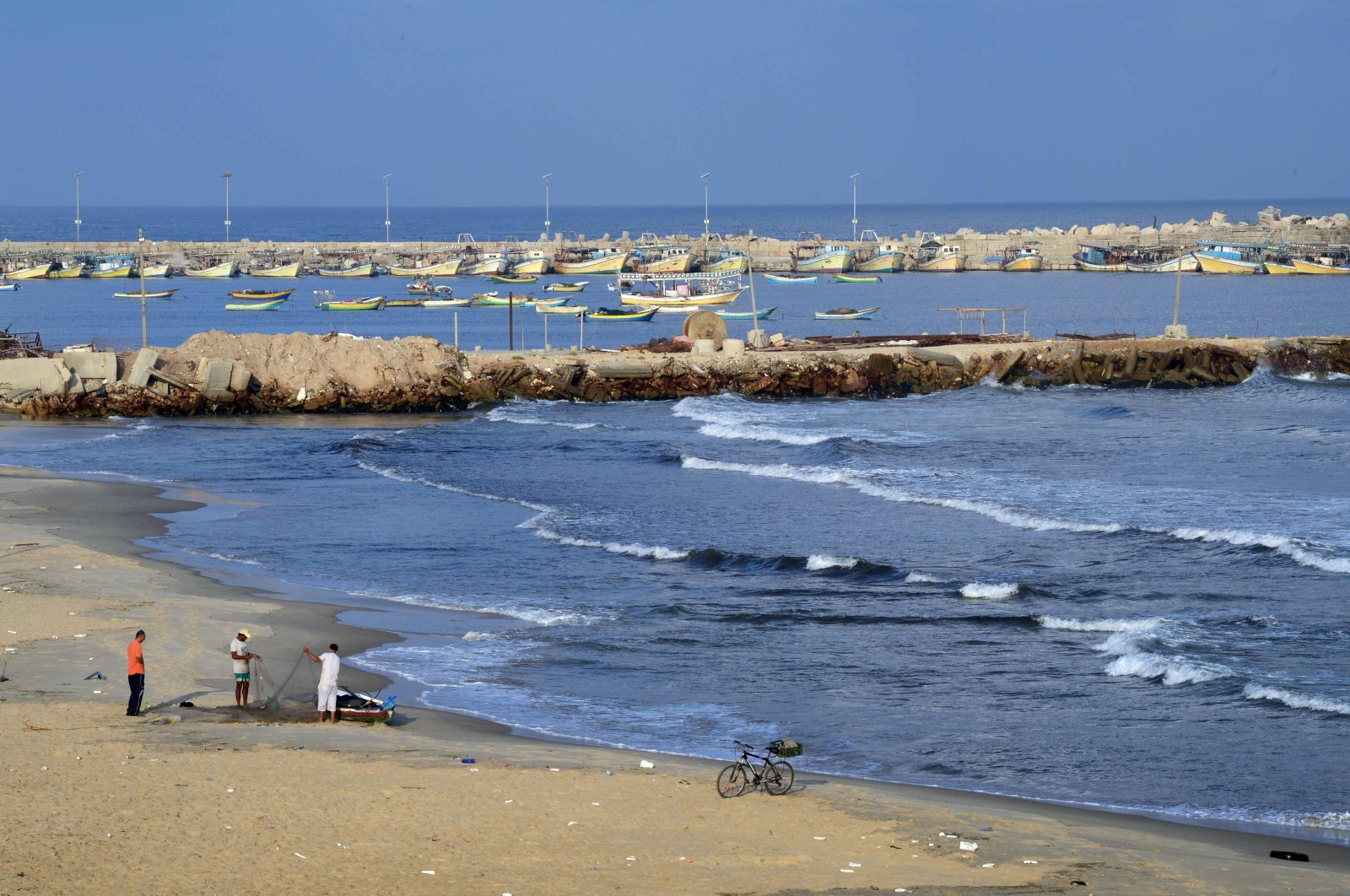 Turkey should sign a maritime jurisdiction agreement with Palestine, similar to the one it made with Libya to strengthen Palestinians’ hand in the international sphere and provide motivation for other countries to sign deals with them, according to one of the main conceivers of Turkey’s Blue Homeland doctrine.

Professor Cihat Yaycı, a former Turkish navy rear admiral and head of the Maritime and Global Strategies Center at Bahçeşehir University, told Daily Sabah that the two countries should strike a mutually beneficial deal, as he noted that almost all countries in the Mediterranean region would not oppose it and it would significantly strengthen Palestine’s hand as Israel continues its indiscriminate attacks targeting civilians and civilian infrastructure.

Gaza has been under a land, sea and air blockade by Israel, while the Palestinian Naval Police's activities are restricted to 11 kilometers (6.84 miles) from the coast.

“By signing such an agreement, the Palestinian people would obtain control over a 10,200 square kilometer maritime zone, which would pave the way for them to utilize all the resources at sea,” Yaycı said.

He continued by noting that the deal would also allow Turkey to expand its maritime jurisdiction zone in the Mediterranean, spoiling Greece and the Greek Cypriot administration’s plans in the area.

Such a deal would also mark the first time Palestine signs an agreement with a world power and would significantly contribute to its formal international recognition and motivate the Palestinian Authority (PA) and other states to make deals.

Noting that most countries would not oppose such an agreement, the former navy rear admiral said it works for the benefit of most of them with the exception of two: Greece and the Greek Cypriot administration.

The Eastern Mediterranean basin is estimated to contain natural gas worth $700 billion (TL 5 trillion), according to the U.S. Geological Survey.

Meanwhile, Israel may categorically oppose the deal claiming that Palestine is not an independent state, but in reality, it would benefit from such a deal because Tel Aviv may also regain control over 16,400 square kilometers (6,332 square miles) of area “stolen” by the Greek Cypriots.

The Greek Cypriot administration and Greece would strongly oppose the deal, as they did with the Libya agreement, Yaycı said, adding that no other regional actor would legally, logically and economically oppose it.

“For Turkey, it would put an end to the deadlock in the Eastern Mediterranean because it is symmetrical to the agreement with Libya,” Yaycı said, adding that it would determine the eastern border in the Mediterranean Sea and render Greece and Greek Cypriots’ unlawful efforts meaningless.

Regarding global silence in the face of Israel’s violence against Palestinians, Yaycı said global organizations in general and the Organisation of Islamic Cooperation (OIC) in particular, should take concrete action.

“The raison d’etre of the OIC is to say stop to such oppression and violence, they should have already reacted against this by now,” Yaycı said, adding that the organization has failed to take action. He continued by saying that OIC member states, which hold significant economic power thanks to their resources like oil, should impose serious sanctions against Israel.

“They should say that they will impose trade sanctions on imports and exports if Israel does not stop the bloodshed in Palestine, but they have yet to use this card against Tel Aviv,” he said.

Yaycı continued by saying that the U.N. should also come up with a serious resolution to impose sanctions on Israel and help in putting a stop to the aggression.

He suggested that the global body create a peacekeeping force in Gaza, similar to the one it sent to Cyprus during the war, but the U.S. vetoes everything against Israel.

Although a U.N. Security Council (UNSC) resolution does not seem viable in the face of U.S. cooperation with Israel, Yaycı said OIC member-states may force the UNSC to deploy peacekeepers by taking all sorts of economic, political precautions and even volunteer to send troops to act as peacekeepers.

Turkey should act as mediator in Israel-Palestine issue

Ankara should play the role of a mediator between Israel and Palestine if Palestinian authorities make such a request.

“This would benefit Palestine and boost its relations with Turkey,” Yaycı said.

Turkey would be the perfect mediator between the two countries because it has a Muslim population and enjoys significant influence in the region.

“Turkey is the most appropriate democratic candidate to act as a mediator,” he said.

The recent tensions that started in East Jerusalem in the Muslim holy month of Ramadan spread to Gaza after Palestinian resistance groups there vowed to retaliate against Israeli assaults on Al-Aqsa Mosque and the Sheikh Jarrah neighborhood if they were not halted.