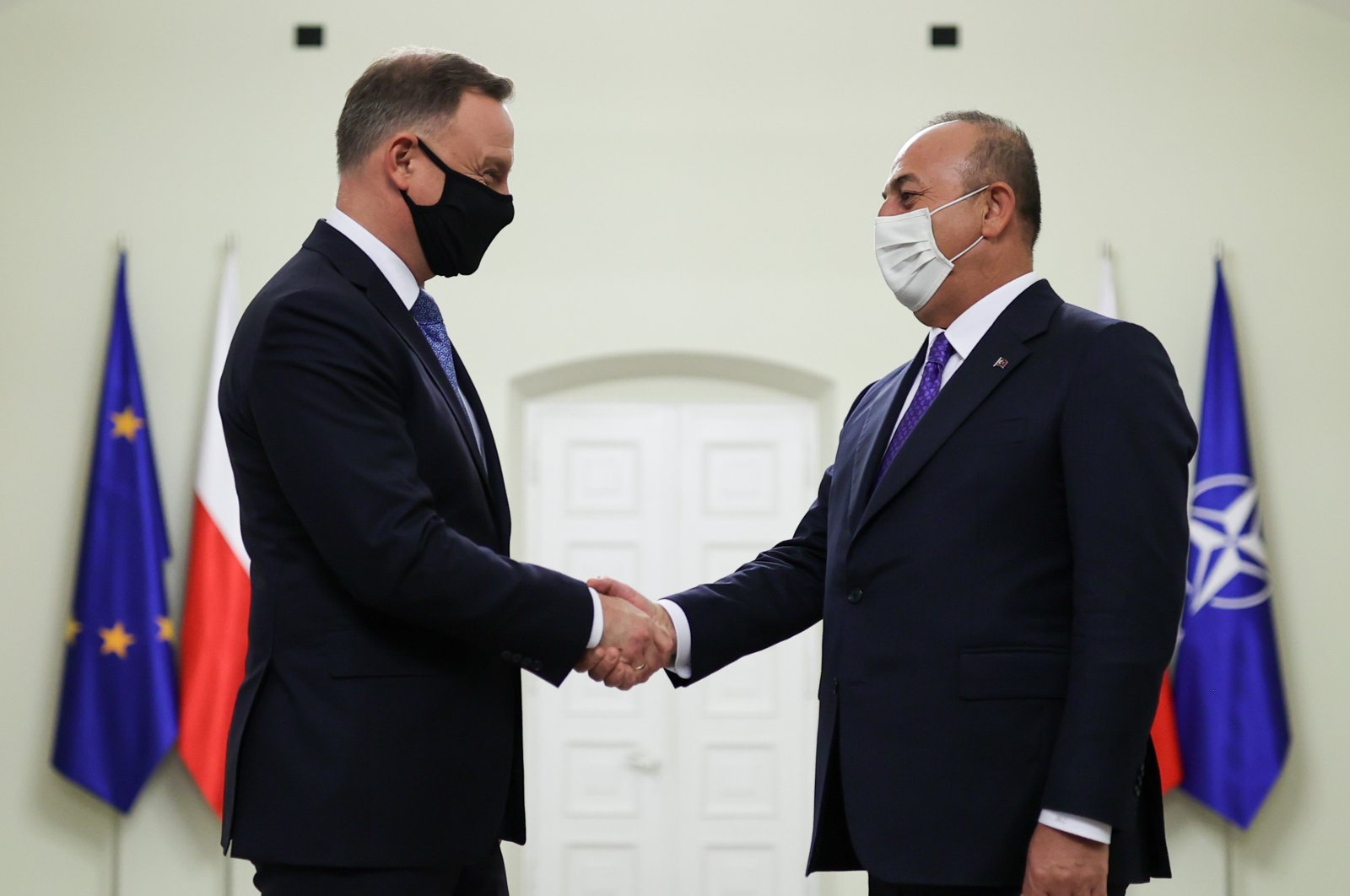 Çavuşoğlu wrote on Twitter that he met with "friend and ally" Duda to discuss cooperation in various fields.

"Our strategic partnership is deepening. Will further strengthen our cooperation on trade, defense industry and irregular migration," he said.

Poland is increasingly facing irregular migration from Belarus and plans to strengthen its border with a system of motion sensors and cameras, modeling it on the Greek border with Turkey, its interior minister said in comments published Monday.

Earlier, Çavuşoğlu met with his Polish counterpart Zbigniew Rau. The Turkish top diplomat thanked his counterpart on Twitter for his hospitality.

"Developing our relations in every field. Getting closer to the $10 billion trade target. Will increase cooperation against irregular migration. Signed a cooperation agreement between our diplomacy academies," he said on Twitter.

During his visit, he underlined that the strategic partnership between Turkey and Poland will be the guarantor of peace and prosperity in the region.

"Today, the determined will to further develop our relations, our strong alliance ties, and the common values we share are the pillars of our strategic partnership," Çavuşoğlu wrote in an opinion article for Polish daily Dziennik Gazeta Prawna.

Çavuşoğlu said their bilateral trade volume, which is expected to exceed $8 billion this year, will soon reach their $10 billion target.

"We also attach importance to increasing mutual investments," he said, adding that Turkey also seeks to increase tourism from Poland in the next few years to 1.5 million visits.

"Our strengthening and deepening partnership will also be the guarantor of peace and prosperity in our region," he added.

Noting that Poland is one of the most preferred Erasmus+ Program countries for Turkish students, Çavuşoğlu said, "We see student and lecturer exchange programs as the most important investment in the future of our relations."

Underlining the importance of allied relations within NATO, Çavuşoğlu said that Turkish F-16 fighter jets deployed at Malbork base as part of NATO's air policing efforts and the maritime patrol aircraft sent by Poland under NATO's Tailored Assurance Measures mission in Turkey were the best examples of solidarity between the countries.

This cooperation continues under the Turkey-Poland-Romania Trilateral Cooperation with Romania's inclusion, he said, highlighting the countries' intention to further develop this initiative at the level of foreign ministers.

"In this context, Turkey and Poland's joint membership of all Euro-Atlantic institutions, in other words, Turkey's EU membership, will make a meaningful contribution to the stability, security and prosperity of this geostrategic region and beyond," said Çavuşoğlu.