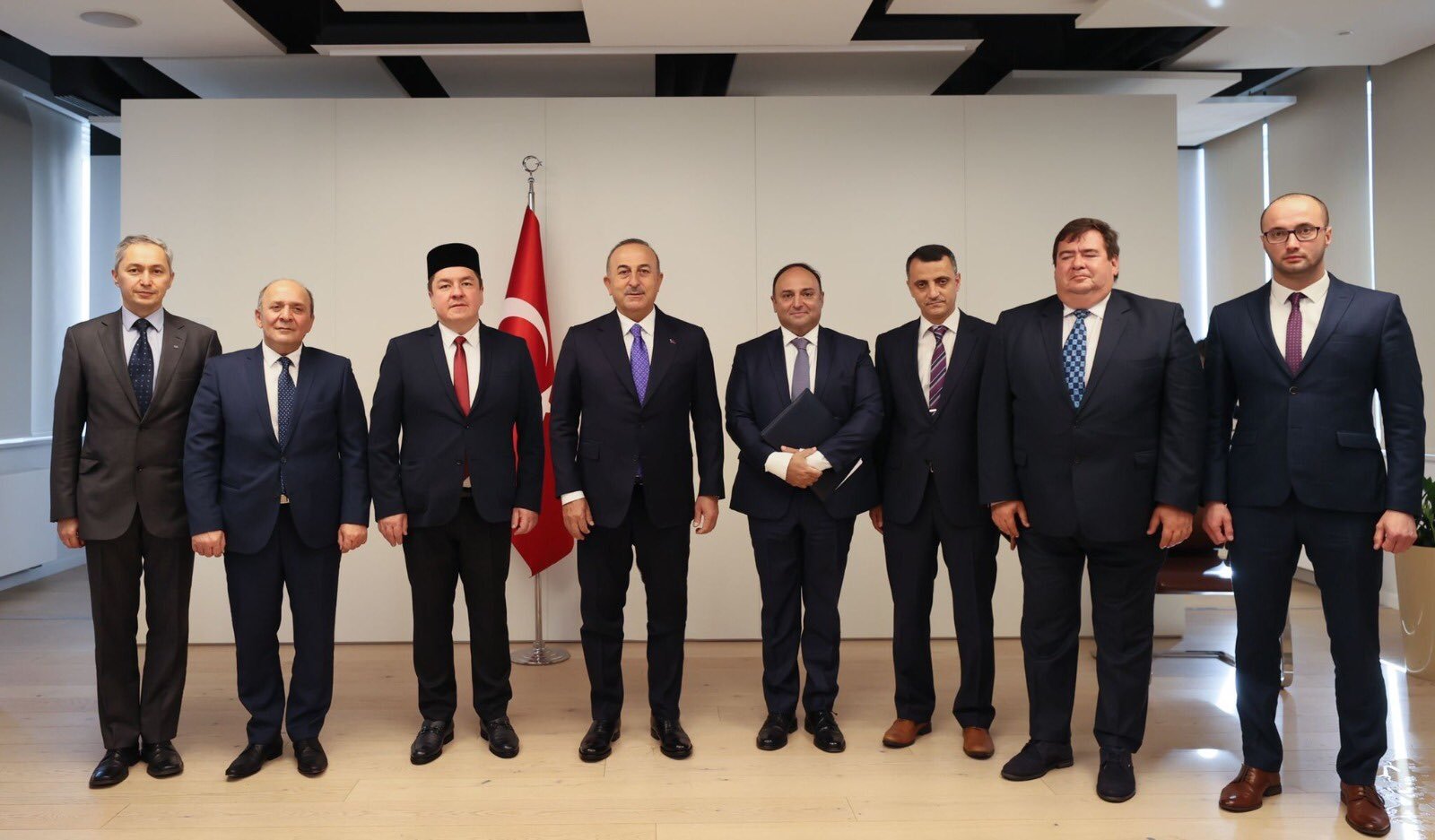 The improving and deepening partnership between Turkey and Poland will be the guarantor of peace and welfare in the region, Foreign Minister Mevlüt Çavuşoğlu said Monday.

Çavuşoğlu wrote an article for Poland's daily Dziennik Gazeta Prawna, ahead of his official visit to the country.

"Today, the determined will to further develop our relations, our strong ties of alliance and the common values ​​we share are the pillars of our strategic partnership," he said.

Çavuşoğlu stated that the two countries have developed friendly ties with a deep-rooted history of more than 600 years.

"Our ancestors have always supported the independence and territorial integrity of Poland. For this reason, they did not even hesitate to enter the war. The same tradition continued in the period of the republic; Turkey did not recognize the occupation of Poland during the Second World War," he said.

Emphasizing that Poland also reciprocated Turkey's friendly attitude, Çavuşoğlu reminded that Poland sided with Turkey during the tough years of struggle after World War I and that it was the first European country to sign a friendship treaty with the Republic of Turkey.

Stating that the long-standing friendship between the two countries spread over a wide spectrum from politics to the military, from economy and trade to culture and education, Çavuşoğlu noted that with the declaration signed in 2009, the bilateral cooperation reached the level of strategic partnership.

Underlining that the political dialogue continues uninterruptedly at all levels, Çavuşoğlu emphasized that the five agreements signed during Polish President Andrzej Duda's visit to Turkey in May gave a new impetus to bilateral relations and deepened the strategic partnership.

During the visit, Duda described Turkey as Warsaw's "strongest ally" in its region, saying he believes that the two countries can fend off outside threats from within NATO's framework.

He noted that the bilateral trade volume, which is expected to exceed $8 billion this year, will soon reach the $10 billion target set by the presidents of the two countries. Çavuşoğlu said: "We also attach importance to increasing mutual investments. We are ready to implement it.”

Noting that they see human relations as a very important dimension of Turkey-Poland friendship, Çavuşoğlu continued as follows: "The grandchildren of Poles, who settled on the land allocated to them in Istanbul with the decree of Sultan Abdülmecit, live in Polonezköy (Adampol) near Istanbul and symbolize the friendship between our peoples. Today, our Polish friends who come to our country as tourists form the humanitarian bridge between the two countries. With our unique tourism infrastructure, we aim to increase the number of Polish friends that we host in our country, to 1.5 million in the next few years."

"We see student and lecturer exchange programs as the most important investment in the future of our relations," Çavuşoğlu said.

Emphasizing that Turkey and Poland are aware of the value of alliance ties and trans-Atlantic relations within NATO, Çavuşoğlu said this cooperation continues with the "Turkey-Poland-Romania Trilateral Cooperation" process with the inclusion of Romania, and stated that they aim to further develop this process at the level of foreign ministers in the coming period.

"In this context, Turkey and Poland's joint membership of all Euro-Atlantic institutions, in other words, Turkey's EU membership, will make a meaningful contribution to the stability, security and prosperity of this geostrategic region and beyond," he added.