Turkey's FM to travel to Bucharest to attend trilateral meeting 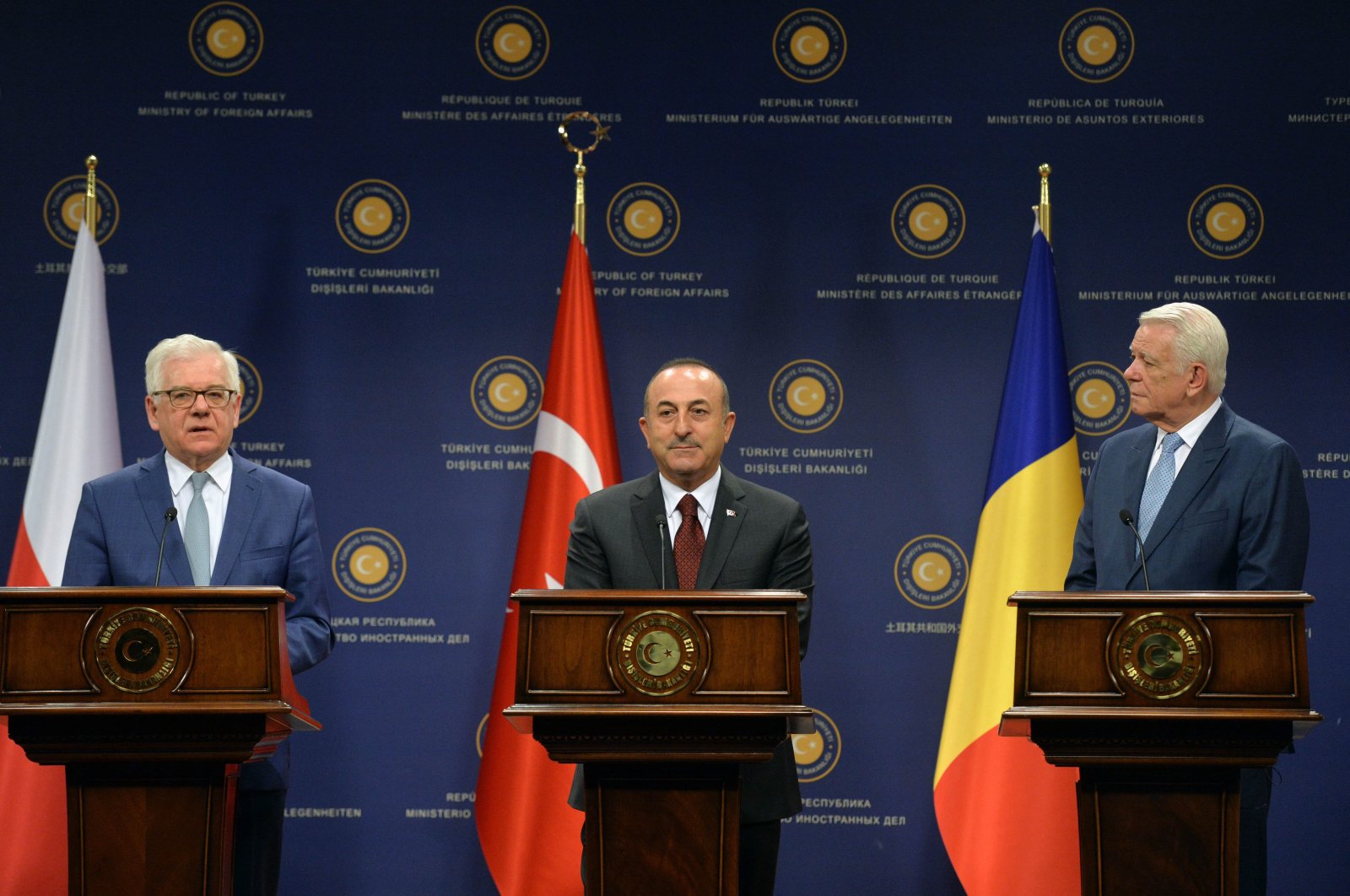 Turkey's Foreign Minister Mevlüt Çavuşoğlu will travel to Bucharest to attend a trilateral meeting with Polish and Romanian counterparts, the ministry said in a statement on Wednesday.

Çavuşoğlu will attend the Trilateral Meeting of Ministers of Foreign Affairs of Turkey, Poland and Romania on April 22-23, the ministry said.

The meeting, which focuses on exploring concrete areas of cooperation between the three countries, has been held every year since 2016.

The ministers will also look for ways to further deepen the partnership between the allies.

"As it coincides with the upcoming NATO Summit, this year's meeting will also constitute an important opportunity to allow the Ministers to consult on their expectations from the Summit," the ministry said.

Meanwhile, the Foreign Ministers of Ukraine and Georgia are also expected to take part in one of the panels of the event, the ministry added.

Last year's meeting had been held via videoconference due to the COVID-19 pandemic.

Aside from security-oriented issues, NATO's eastern flank countries, Turkey, Romania and Poland, have also been focusing on various issues, such as Turkey's European Union talks. Romania and Poland have traditionally supported Turkey's accession to the EU. Last year, the trilateral meeting was held in Ankara and focused mainly on defense cooperation areas.