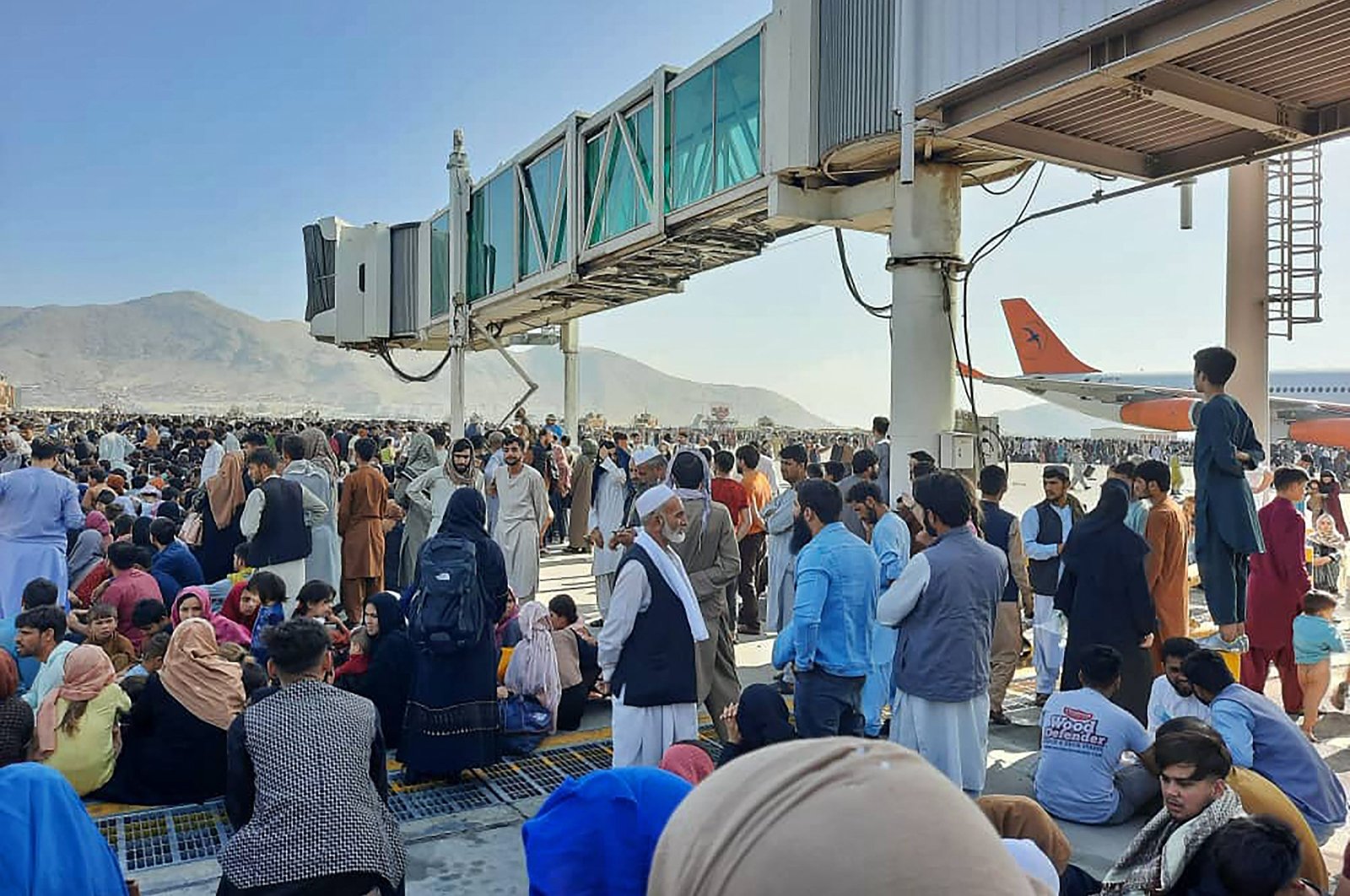 One of the most critical questions following the U.S. troops’ withdrawal and the Taliban’s takeover of the rule in Afghanistan is about providing the security and functionality of Kabul Hamid Karzai International Airport. Keeping the airport open after foreign forces hand over control is vital not just for Afghanistan to stay connected to the world but to maintain aid supplies and operations. Turkey and Qatar now seem to be the two countries leading the effort to resume operations at Kabul airport.

Most recently, a spokesperson from the Taliban Thursday confirmed that the two countries lead efforts to resume the airport's operations.

Speaking about the Kabul airport, Zabihullah Mujahid said in an interview published by Italian newspaper La Repubblica that the facility is fully under Taliban control but has been seriously damaged.

"The airport should be clean within the next three days and will be rebuilt in a short time. I hope it will be operational again in September," he said.

On the topic of resuming charter flights from Kabul, Çavuşoğlu said first conditions such as security in and around the airport must be met.

He also affirmed that the Taliban and other unnamed countries requested Turkey's cooperation in securing and running the Kabul airport.

"Security must be established in a way that everyone is confident in it. We conveyed our thoughts on this matter to the Taliban," he added.

Çavuşoğlu told reporters that Kabul airport could be reopened in two stages for military flights and later for commercial flights.

“Now there are requests from the Taliban and some countries to cooperate with us. We’re evaluating all of this,” he said.

Turkey had been operating the airport for six years, before the United States pullout and the Taliban's resurgence. Those leaders, along with Qatar, have been in discussions about the reopening.

Çavuşoğlu also noted that, following the Taliban takeover of the Afghan capital Kabul last month, Turkey aided various countries' efforts to evacuate their nationals from the war-torn country. He added that Turkey had "more than fulfilled" its moral and humanitarian responsibilities.

Stressing that Turkey's "greatest hope" for Afghanistan is for the country to "ensure order and stability as soon as possible," Çavuşoğlu stressed that the transition period must be done inclusively.

A possible deepening of the crisis in Afghanistan would not only affect the region and beyond, said the minister, adding that steps in the country must be coordinated and that such matters must not be tackled only by Turkey or Qatar.

The Dutch government also wants to support Turkey and Qatar in attempts to reopen Kabul airport to resume evacuations from Afghanistan, said the Dutch Foreign Minister Sigrid Kaag on Thursday.

Kaag said the Netherlands wanted to help with technical matters or security at the airport. The country is willing to provide one million euros ($1.19 million) in funding, and if necessary, personnel, toward attempts to resume rescue flights.

Qatar also said Thursday it is working with the Taliban to quickly reopen Kabul's airport, whose closure since the departure of U.S. troops could pose major strategic and humanitarian challenges.

A jet from the Gulf country was the first foreign aircraft to land in the Afghan capital on Wednesday, after frenzied evacuations ended a day earlier.

A flight from Doha, Qatar, then landed in Kabul on Thursday, carrying experts who will examine security and operational aspects pertaining to the airport, according to a source close to the matter.

"We remain hopeful that we will be able to operate it as soon as possible," said Foreign Minister Sheikh Mohammad bin Abdulrahman Al Thani, whose country has close contact with the Taliban, which assumed control of Kabul on Aug. 15.

"It's very important ... that the Taliban demonstrate their commitment to providing safe passage and freedom of movement for the people of Afghanistan," said Al Thani.

"Hopefully, in the next few days, we will hear some good news," he added.

The U.S., which seized the airport in the final weeks of its 20-year military mission to fly out tens of thousands of people, said it supported Qatari and Turkish efforts to restore the airport.

The airport had previously been operated through contractors from third countries who are no longer able to do so, State Department spokesperson Ned Price said in Washington.

"Before you can have a functioning airport," Price told reporters, "you have to have an element or an entity that is capable of running the airport."

Commercial airliners or charters also need security assurances and an airport that is no longer "in a state of profound disrepair," Price said.

A suicide bombing on Aug. 26 claimed by the Daesh terrorist group – an opponent of the Taliban regime – killed more than 100 Afghans and 13 U.S. soldiers as vast crowds gathered outside to fly out of the country.

The airport already presented challenges as it has a single runway. It is only 5 kilometers (3 miles) from downtown Kabul, forcing planes to go into a holding pattern over the city if they cannot land immediately.

A working government is vital both for bringing in humanitarian supplies, which are badly needed, and for bringing out more people who fear the Taliban.

The Taliban are returning to power 20 years after their five-year government was toppled by U.S.-led troops for harboring al-Qaida, which carried out the 9/11 attacks.

After 20 years as insurgents, the Taliban now have the massive task of getting the country and its infrastructure up and running.

Qatar, where the Taliban have a political office, has in recent months hosted a flurry of talks between the U.S., Taliban and the former Afghan government.