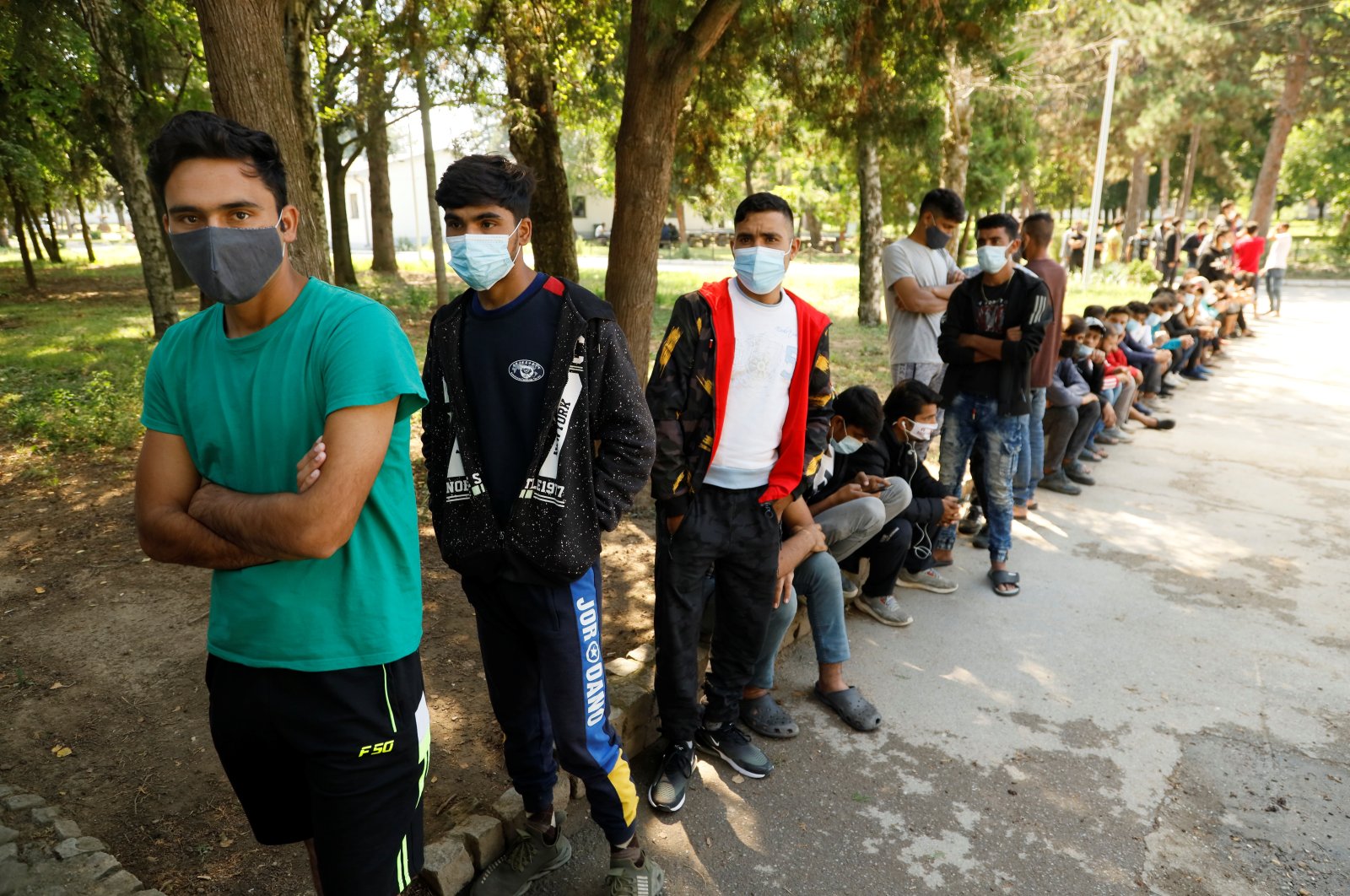 Foreign Minister Mevlüt Çavuşoğlu on Thursday warned that if the European Union has an understanding that "we are giving (Turkey) money to keep Afghans in the country," there will be no such cooperation.

Çavuşoğlu was speaking during a joint press conference with his Dutch counterpart Sigrid Kaag in Turkey's capital Ankara.

He also added that it is not possible for Afghans to be evacuated by any country to stay in Turkey for a certain period of time.

"We have been saying from the beginning that we will not accept such an offer even if it comes," he said.

Following the Taliban’s takeover of war-torn Afghanistan, European countries, as well as Turkey, have tightened measures against a new influx of irregular migrants. President Recep Tayyip Erdoğan recently warned that “Turkey has no duty, responsibility or obligation to be Europe’s refugee warehouse.”

Erdoğan also highlighted the importance of international cooperation to prevent a new migration wave from Afghanistan as he discussed the latest developments in Afghanistan, including the migrant crisis, with several world leaders. Turkey has been a key transit point for asylum-seekers attempting to cross into Europe to start new lives, especially those fleeing war and persecution.

Turkish security forces continue to patrol 24/7 to prevent a new influx of illegal Afghan migrants after the Taliban’s takeover of the country. Turkey’s eastern border with Iran is protected by the tightened measures, including a modular wall, observation posts and trenches, which are all are supported by the latest technology. Nearly total mobilization on the Iranian border has been initiated to prevent illegal crossings.

Çavuşoğlu also said that Turkey was "evaluating" proposals from the Taliban and others for the safe operation of Kabul's airport after the group's return to power in Afghanistan.

His comments came hours after Qatar said it was working with the Taliban to reopen Kabul's airport "as soon as possible".

Turkey has also been involved in the negotiations but has expressed concern over who will organize security for its personnel in the Afghan capital after the U.S. troop withdrawal.

"There are proposals from the Taliban and other countries for cooperating with us. We are considering these proposals," Çavuşoğlu told.

"But the most important thing is to ensure security inside and outside the airport."

Qatar and Turkey are close regional allies that have taken the international lead in direct talks with the Taliban in recent weeks.

Turkey was initially negotiating with Washington and the Taliban about providing security for the airport.

But it withdrew its entire contingent of more than 500 non-combat soldiers as Taliban fighters converged on Kabul last month.

Turkey has since said it was open to providing professional and technical services such as baggage handling at the airport to help relaunch civilian flights.

But the Taliban have officially rejected Ankara's offer to keep Turkish non-combat soldiers ensuring security at the air hub.

"Until today, the Taliban have said that they would like to ensure the security themselves," Çavuşoğlu said.

"But the security should be insured in a way that gives trust to the international community."

The minister added that Turkey was open to the idea of private companies providing security for the air hub.

"It doesn't have to be done by a state, it can also be done by a company specializing in that," he said. "There are companies that we are and other countries are working with like that."