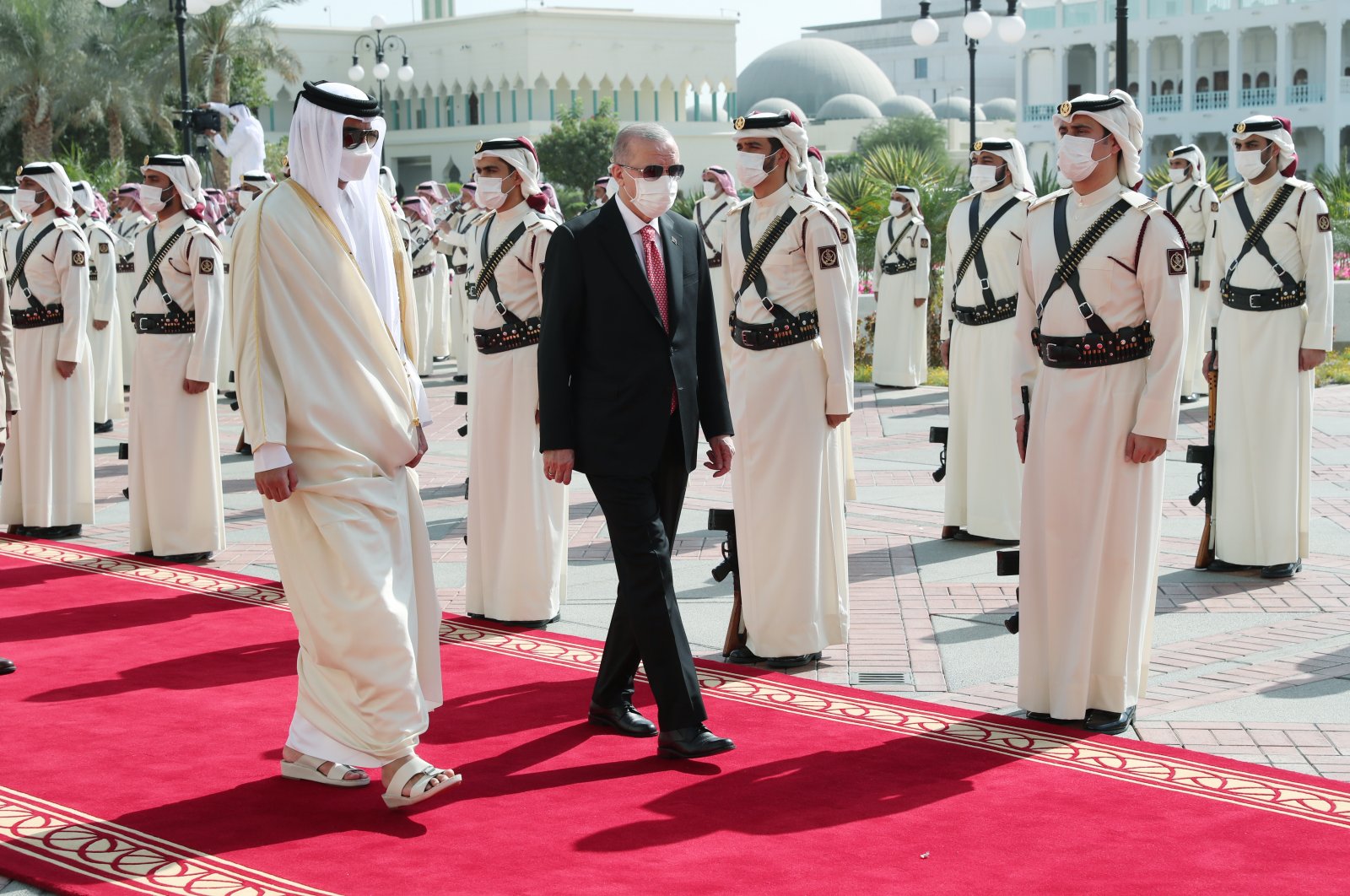 The relations between Turkey and Qatar have entered a new phase in their deep strategic partnership, Turkey's ambassador in Doha said Thursday.

"The relations between Qatar and Turkey have passed from the stage of cooperation to the stage of deep strategic partnership," Göksu said and noted that more than 68 agreements have been signed between the two countries since 2014, with the establishment of the Supreme Strategic Committee.

Emphasizing that during the recent visit of President Recep Tayyip Erdoğan to Doha, 15 agreements were signed between the two countries, mainly in areas such as culture, sports, organization of major events, health and media, and emphasized that an agreement was also signed between the interior ministers of the two countries regarding the organization of comprehensive events in Qatar.

Göksu stated that the agreement in question includes Turkey's contributions to ensure the security of the FIFA 2022 World Cup organization to be held in Qatar, where Qatar will determine the areas that Turkey can help and Ankara will do its best to provide assistance.

Turkey and Qatar on Tuesday signed 15 different agreements to enhance cooperation between the two countries, while President Erdoğan and the emir of Qatar, Sheikh Tamim bin Hamad Al Thani, met in Doha to co-chair the seventh meeting of the Turkey-Qatar Supreme Strategic Committee.

Highlighting that Turkey and Qatar’s close relations greatly contribute to the region’s security and stability, Erdoğan said Qatar has always shown its friendship during difficult times, including the failed coup attempt on July 15, 2016. In response, Turkey took necessary steps to ensure that the “unjust” sanctions against Qatar imposed by the UAE, Saudi Arabia and others were defeated.

The official news agencies of Turkey and Qatar on Wednesday also sealed an agreement to enhance their cooperation.

The agreement, part of the seventh Turkey-Qatar Supreme Strategic Committee meeting, aims to strengthen "bonds of professional cooperation" and increase the flow of quality content and information between the two organizations.

It also envisages reciprocal exchange of experience and technical information among editors, reporters and other journalists and professionals of the agencies.