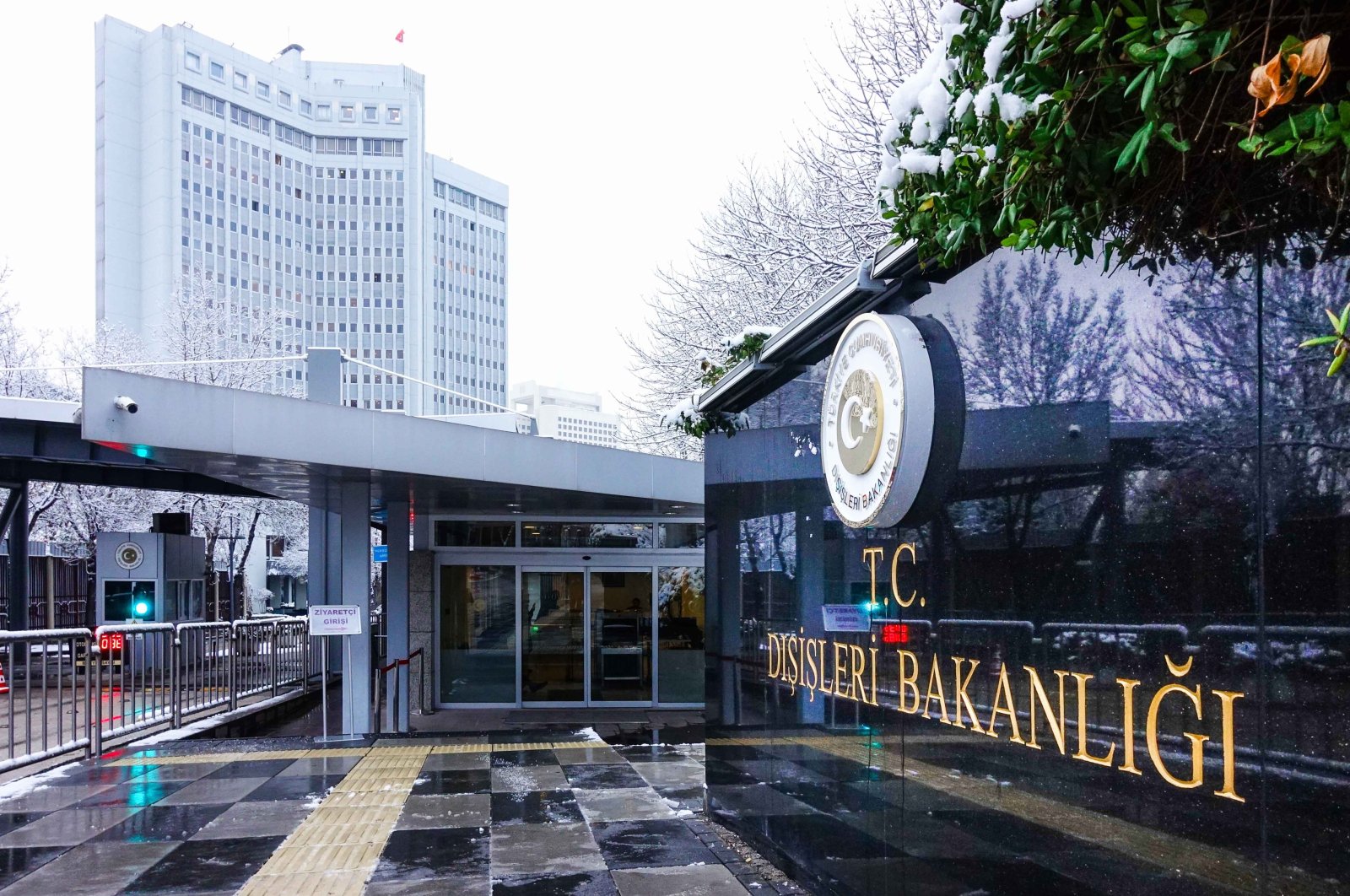 Turkey strongly rejected “baseless” allegations by the U.S. – which claims that Ankara violated the Child Soldiers Prevention Act in Libya and Syria – as the country noted that Washington turns a blind eye to the activities of YPG/PKK terrorists.

"A striking example of hypocrisy and double standards as the U.S. openly aids, provides weapons to PKK/YPG that forcibly recruit children," a statement by the foreign ministry said Friday.

The U.S. added Turkey to the list on Thursday, the first instance of Washington placing a NATO ally on it.

The U.S. State Department's "2021 Trafficking in Persons Report" downgraded several countries and upgraded others for their efforts to combat the scourge of human trafficking.

"The United States hopes to work with Turkey to encourage all groups involved in the Syrian and Libyan conflicts not to use child soldiers," a senior State Department official said this week.

The ministry noted that the U.S.-backed YPG/PKK's use of child soldiers in Syria has been documented in a U.N. report in May while criticizing the U.S. for completely disregarding the terrorists' crimes. The statement continued by saying that the YPG/PKK, which the U.S. provides training and weapons to in Syria, also abducts children and forcibly arms them in Iraq's Makhmour and Sinjar regions.

"Turkey will continue to strive to prevent the crime of human trafficking like it has done in the past, in line with the agreements that it is a party to," the ministry said.

Turkey has consistently criticized the U.S. for partnering with YPG/PKK terrorists in Syria to defeat another terrorist group.

In May, the U.N. published a report on children in the armed conflict in Syria, stressing the YPG's continued use of children in combat on top of several other serious rights violations.

The report, which documented violations toward children in Syria between July 2018 and June 2020, noted that the YPG continued to use children as fighters and store ammunition in schools. It pointed out the 236 attacks on schools and protected persons, of which 33 occurred in the second half of 2018, 154 in 2019 and 49 in the first half of 2020. During the incidents, members of staff were killed, maimed or arrested, and 133 children were killed or injured while at school.

Within this period, more than 2,700 children lost their lives or became permanently disabled as a result of airstrikes, explosions or artillery bombardments. A total of 1,423 children, 117 of whom were girls, were used systematically by armed groups, while 1,388 children, 250 of whom were under the age of 15, were made to fight.

Previously, the U.S. Department of Defense Office of the Inspector General’s (DoD-OIG) Aug. 4 report last year on Command Joint Task Force Operation Inherent Resolve (CJTF-OIR) noted that in 2019 the YPG "recruited children into their ranks from displacement camps in northeastern Syria." The U.S. report stated that each year since 2014 the "Kurdish entities partnered with the U.S." made promises to end the use of child soldiers, but that each year the practice continues.