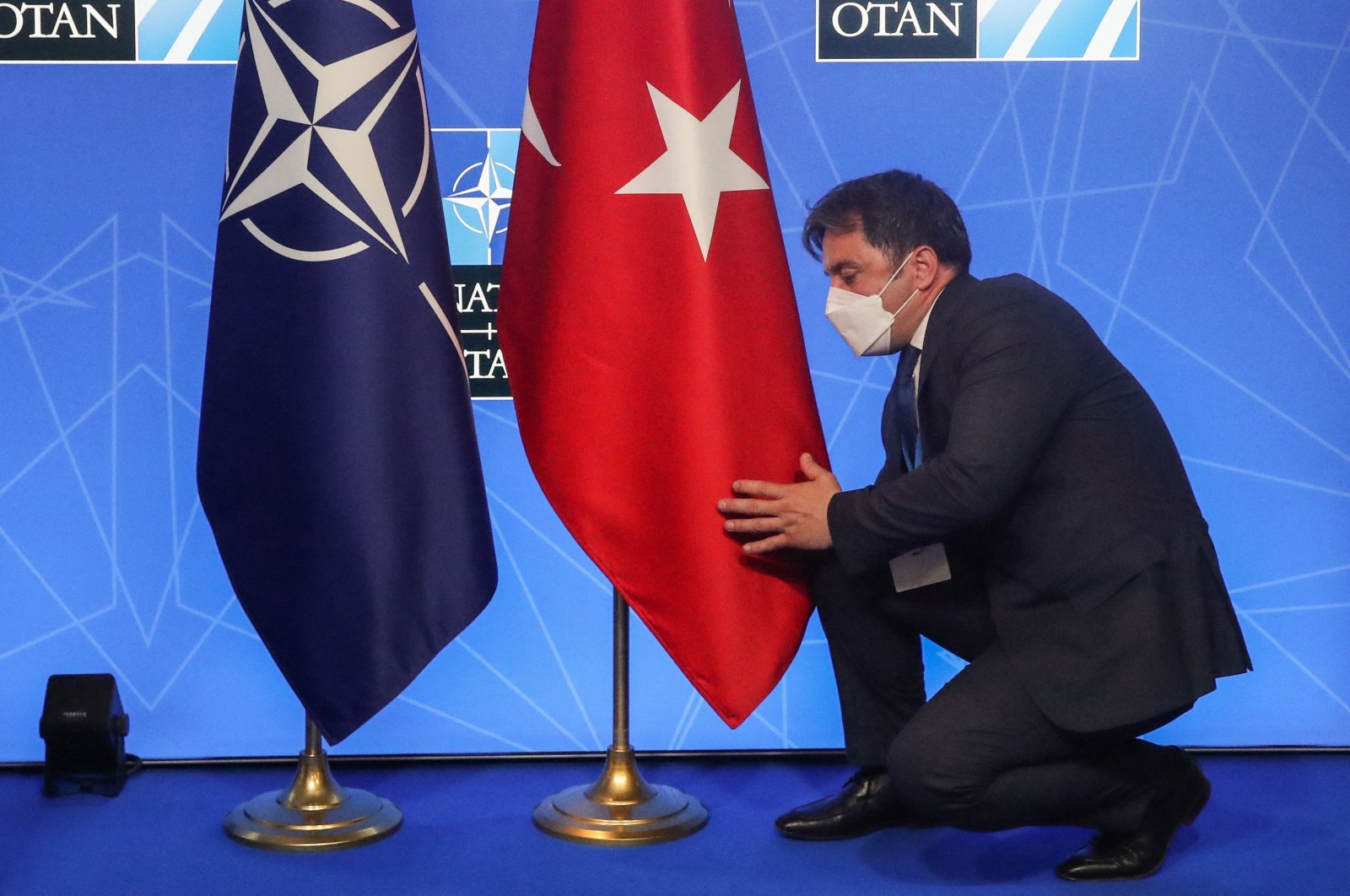 Turkey has always been and continues to be a reliable and crucial partner in NATO, despite certain disagreements between Ankara and bloc members in recent years, experts underlined during a conference organized by Turkey's Communications Directorate on Monday.

"There have been some problems, more than a few over the last few years between with some member states of NATO and Turkey that have not seen eye to eye, but my perspective is, Turkey has always been and continues to be a staunch ally within NATO," Amanda Paul, a senior policy analyst at the Brussels-based think tank European Policy Center, said during the conversation, titled "Turkey and NATO," held with the participation of experts as part of the NATO summit.

Turkey is at the forefront against "Russian expansionism" in the Black Sea and the Mediterranean, she said, adding that this role is not appreciated enough.

On Turkey's NATO membership, Paul said that there is a need to look at the bigger picture.

"You need to have a more nuanced position because if you look at the broader picture of what Turkey actually contributes to NATO, not just now but over the decades, it has been massive. For me, Turkey remains a reliable partner and a crucial partner," she added.

On the Mediterranean issue, Paul said it is ultimately related to the Cyprus issue, highlighting that if the Cyrpus problem is to be resolved, there will be no problems in the Eastern Mediterranean.

"Unfortunately, it does not look like this is going to happen, there seems to be a tendency to blame Turkey for the non-resolution of the Cyprus issue but I think we all know, so the people in the U.N. and elsewhere, that back in 2004, the Annan plan and more recently Crans-Montana (2017 Cyprus talks), you cannot blame the crumbling of these talks on to Turkey," Paul noted.

She went on to see that the situation requires a different approach, for example, for more pressure to be put on the Greek Cypriots.

"I think these proposals (on NATO's 2030 agenda) are really taking NATO into a different direction, working on issues that were not there before, whether it is cybersecurity, green security, health security," she added.

Tacan Ildem, a member of NATO 2030 Experts Group and the former NATO assistant secretary-general, said Turkey is a key ally, making substantial contributions not only to collective defense efforts but also to all NATO operations and missions.

Underlining that as of Jan. 1 this year Turkey has assumed the role of leader of NATO's Very High Readiness Joint Task Force, Ildem said he believes Turkey could make valuable contributions to the preparatory work to update the strategic concept.

"When we talk about the future of NATO, for Turkey, fighting terrorism is an important issue. Turkey suffered a lot out of terrorism and in our report NATO 2030 we emphasized that it poses an immediate and asymmetric threat to NATO and individual allies," he added.

Due to the issue being "cross-cutting" in nature, Ildem says it needs to be explicitly incorporated in the core tasks of NATO.

"NATO summit meeting, bringing together whole ally heads of states and governments will provide a very good opportunity to reinforce the transatlantic bond and solidify the unity, cohesion and solidarity among allies," said Ildem.

He went on to say that the new concept aims to prepare NATO for 2030 and beyond, for a world with a "more unpredictable and more contested nature" with geostrategic and systemic competitions.

"Now when we look at the international security environment, it is becoming more complex, with different kinds of threats and challenges, as the leaders agreed and reiterated in London 2019, Russia and terrorism will remain the main source of threat for the foreseeable future," Ildem noted.

He explained that in the past it was easy to make a distinction between peacetime and crisis or conflict, but now hybrid threats, including systematic cyberattacks and disinformation campaigns, pose serious challenges to the democratic societies of allied nations.

"Therefore NATO needs to sharpen its capacity in dealing with resilience. Resilience has become a keyword in our time with complex security issues," he noted.

He underlined that there are also other domains like the security implications of climate change and this would need to be addressed in the strategic concept.

"Certainly there are some differences among the allies, it has been the case in the past, these differences exist now and it will remain in the future, but the most crucial thing is for allies, to resolve these differences, with mutual understanding and mutual respect," Ildem concluded.

Turkey also hosts many NATO initiatives. There is a NATO headquarters in western Izmir province, an airbase in southern Adana province, another one in Diyarbakır and a NATO Rapid Deployable Corps in Istanbul. It also hosts the AN/TPY-2 radar in eastern Malatya province as part of the organization’s missile shield project.

Apart from all these, in 2018 alone, Turkey contributed $101 million (TL 839.65 million) to the common funding of NATO. Despite the country’s commitment to the organization, it has not received the support it expects.

Speaking in a video message sent for a NATO summit session on stability, President Recep Tayyip Erdoğan on Monday stated that Turkey was left alone by its allies and partners in its fight against terrorism and underlined that terrorism is one of the greatest obstacles to stability.

Ahead of the NATO summit on Monday, Ankara urged NATO to have a clear vision in order to deal with the new security challenges it faces and create a mechanism to address differences between member states.