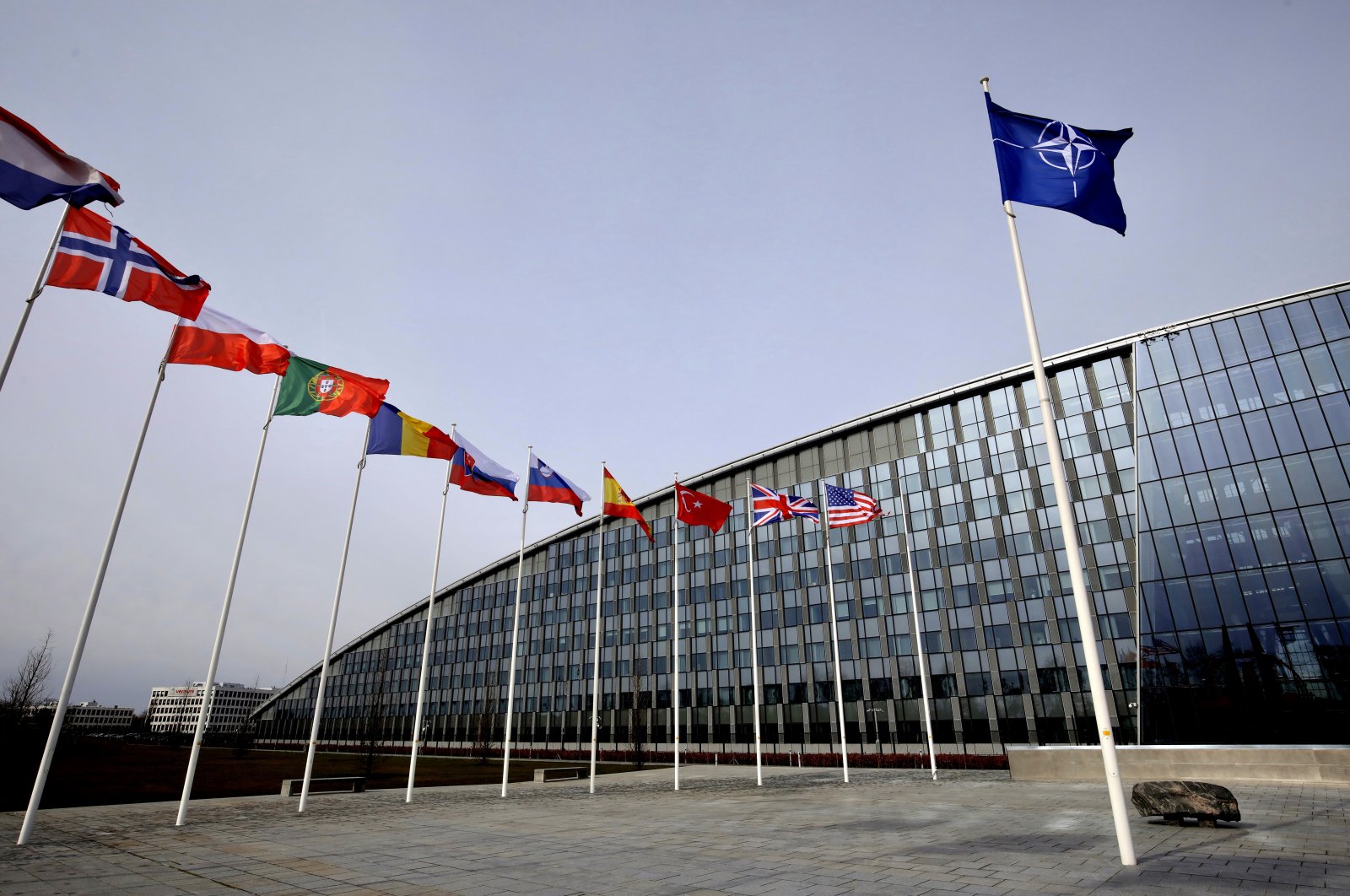 NATO must have a clear vision in order to deal with the new security challenges it faces and create a mechanism to address differences between member states, Turkey’s Presidential Communications Director Fahrettin Altun said Sunday, as President Recep Tayyip Erdoğan traveled to Brussels to attend the bloc's summit Monday.

In an op-ed for Al-Jazeera English, Altun said the time has come for the bloc to update its strategic perspectives.

“NATO’s new strategic outlook must be broad enough given the increasing size of the alliance in recent years. Yet, it must also be clear and purposeful. Given the increasing use of hybrid warfare capabilities, the challenges facing our alliance are more complex than ever,” Altun said, noting that NATO members are more than capable of rising to the new challenges.

The communications director added that the new concept must encapsulate the creation of mechanisms to address differences between the bloc's members.

“We have different national policies over issues such as international terrorism, migration, human smuggling, cyberthreats, etc.,” he said, adding that NATO should prioritize an alliance-wide understanding.

“Reaching understanding on all forms of terrorism, including far-right terrorism and Islamophobic attacks and agreeing on a strategy to counter it must be one of the top priorities,” Altun said. He continued by noting that a more comprehensive understanding of security needs to be developed to prevent humanitarian disasters.

“Turkey is ready to pay its fair share to ensure the collective security for our alliance. Burden sharing must not only be about military budgets and contributions to NATO. It must also entail confronting the refugee crisis in our region. As a country hosting more than four million refugees, we expect a more constructive approach from our allies and readiness to pay their fair share in addressing this historic challenge,” Altun said.

He said Turkey has always been at the forefront of confronting the challenges facing the common security of the alliance.

Turkey's participation in critically important NATO missions around the world, including in Afghanistan and Iraq, and hosting of strategic NATO assets on its territory proves its "robust commitment" to the alliance, he stressed.

"We consider NATO indispensable for our nation's security and for peace in our region," Altun noted.

Despite the country’s commitment to the organization, it has not received the support it expects.

The first disappointment came in 1964 when Turkey decided to take action in Cyprus where Turkish Cypriots were suffering under Greek Cypriots. The U.S. president at that time, Lyndon B. Johnson, sent a letter to Turkish President Ismet Inönü, saying that in event of an invasion on the island, NATO would not side with the country.

In the late 1990s, when the fight against the PKK was at its height in Turkey, particularly in the eastern regions of the country, Germany claimed that Turkey was using weapons against civilians and issued an embargo on the country instead of supporting its fight.

Over time, siding with terrorists rather than Turkey became a pattern for many NATO member countries, particularly the U.S. The U.S. has supported the PKK’s Syrian offshoot, the YPG, in Syria for years now, despite Turkey’s warnings that the group poses a security threat.

Turkey says the weapons are ultimately transferred to the PKK, which is designated as a terrorist group by the U.S., Turkey and the EU, and used against Turkey.

Regarding the Gülenist Terror Group (FETÖ), NATO has shown some support to Turkey. On the first anniversary of the failed coup attempt in Turkey, NATO Secretary-General Jens Stoltenberg said, “I reiterate my strong message that any attempt to undermine democracy in any of our allied countries is unacceptable.”

FETÖ, led by U.S.-based Fetullah Gülen, sought to topple the Turkish government and seize power on July 15, 2016. The coup attempt was prevented by loyal military troops, police and millions of Turkish citizens. Some 250 people, mainly civilians, were killed by putschist soldiers. Despite receiving evidence regarding FETÖ’s role in the coup attempt, the U.S. has not extradited Gülen to Turkey.

NATO also failed to shield Turkey from the destructive nature of the Syrian civil war. In 2012, Turkey requested that NATO Patriot missiles be placed on its borders for security. While NATO did grant the request, it was short-lived and soon Turkey was left to defend itself alone.

In 2017, in what was a humiliating incident for Turkey, during a joint NATO military exercise in Norway a picture of Mustafa Kemal Atatürk, the founder of Turkey, was placed among pictures of "enemies." During that time, a fake Facebook account pretending to be President Recep Tayyip Erdoğan was created that would share posts favoring "enemy states."

After Turkish military officials took notice of the incidents, the necessary measures were taken by NATO and a promise was made to Turkey that similar issues would not occur again.

The series of incidents has significantly damaged NATO's image in the eyes of the Turkish public.

Despite this fluctuating relationship, NATO continues to express Turkey’s worth in the organization, describing it as a strategic ally. “Turkey is important for NATO, but NATO is also important for Turkey. The alliance is based on the core principle of ‘one for all and all for one,’” Stoltenberg told Anadolu Agency (AA) at the NATO headquarters in Brussels ahead of his official visit to Turkey.