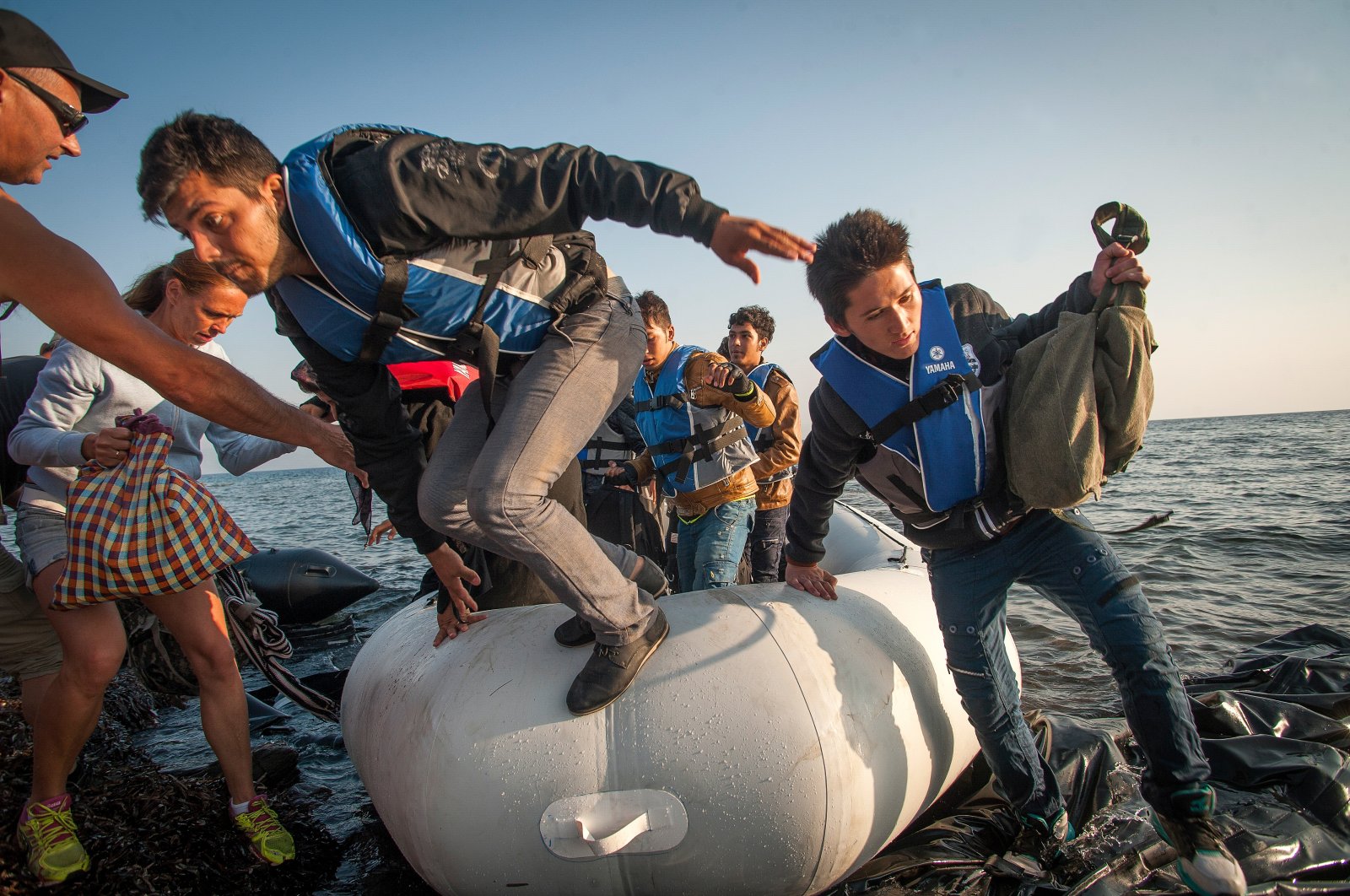 The Turkish coast guard has rescued 199 irregular migrants in the Aegean as pushbacks by Greek elements are continuing despite calls by humanitarian groups and several countries.

The rescued migrants were taken to the provincial migration directorate.

Turkey's five Aegean provinces – Çanakkale, Balıkesir, Izmir, Muğla and Aydın – are prime spots for refugees leaving Turkey for the European Union, with the Greek islands lying within sight of the Turkish coast.

Turkey and Greece have been key transit points for migrants aiming to cross into Europe, fleeing war and persecution to start new lives. Turkey has accused Greece of large-scale pushbacks, summary deportations and denying migrants access to asylum procedures in violation of international law. It also accuses the European Union of turning a blind eye to this blatant abuse of human rights.

Recently, the Turkish defense ministry published a video showing Greek elements preventing the progress of a migrant boat with dangerous maneuvers, hitting the immigrants with sticks and making attempts to sink their boats.

Besides the issue of irregular migrants, the two neighbors, allies in NATO, are at odds over a number of issues such as competing claims over jurisdiction in the Eastern Mediterranean, air space, energy, the ethnically split island of Cyprus and the status of islands in the Aegean.

Turkey, which has the longest continental coastline in the Eastern Mediterranean, has rejected the maritime boundary claims of Greece and the Greek Cypriot administration, stressing that these excessive claims violate the sovereign rights of both Turkey and Turkish Cypriots.