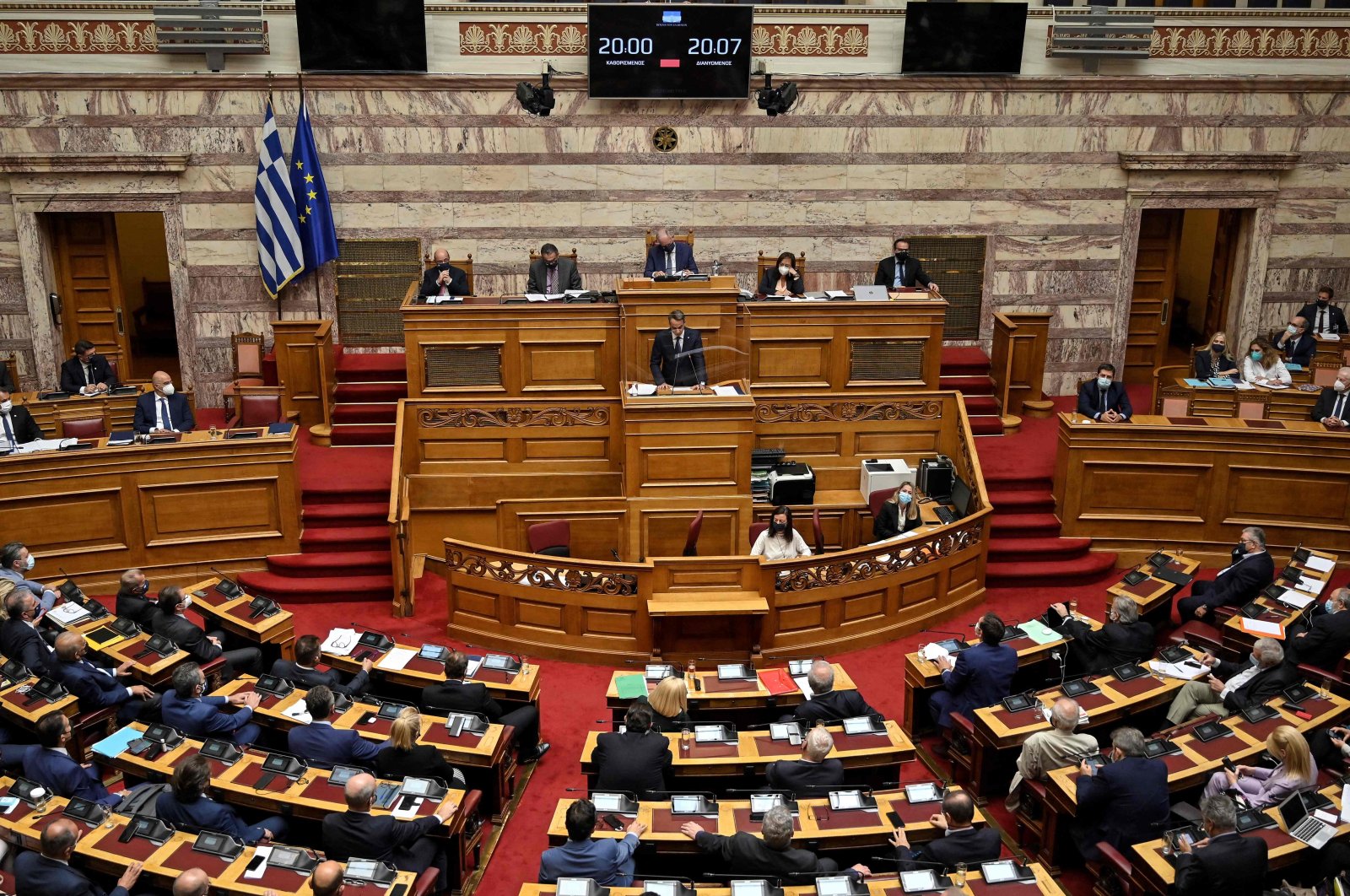 The Greek parliament on Thursday ratified a defense deal struck with France for the purchase of three French-made Belharra frigates, an agreement criticized by neighbor Turkey.

French President Emmanuel Macron and Greek Prime Minister Kyriakos Mitsotakis say the agreement benefits both the EU and NATO by promoting security in the Mediterranean, North Africa, the Middle East and the Balkans.

The idea of collective defense is a principal tenet of NATO, of which both Greece and France are members, as is Turkey. Article 5 of the alliance’s treaty stipulates that an attack on one member nation is considered an attack on all.

“Does Article 5 apply in the case of an attack by a NATO member? I’m not sure NATO has ever been very clear on that issue,” Mitsotakis had said when asked during the conference why Greece needed an extra alliance agreement. “My obligation is to defend my country and to form the necessary alliances over and above the security arrangements that we already have.”

On Tuesday, NATO Secretary-General Jens Stoltenberg appeared to be critical of European defense initiatives that aren’t within NATO.

“What I don’t believe in is efforts to try to do something outside the NATO framework or compete with or duplicate NATO, because NATO remains the cornerstone, the bedrock for European security, and also actually for North American security,” Stoltenberg said in a speech without directly mentioning the defense deal between Greece and France.

The deal was backed by 191 lawmakers in the country's 300-member assembly. It got support from the ruling New Democracy party, Socialists, Movement of Change and junior nationalist party Greek Solution.

Mitsotakis told parliament that the deal "shields" Greece "in a troubled Mediterranean," saying that Athens had been trying to secure such an agreement since 1974, when Turkey carried out the Cyprus Peace Operation.

In 1974, following a coup aiming at preventing Cyprus' annexation by Greece, Ankara was forced to intervene as a guarantor power and the island has since been divided into a Turkish Cypriot government in the north and a Greek Cypriot administration in the south. In 1983, the Turkish Republic of Northern Cyprus (TRNC) was founded.

The main opposition left-wing Syriza party, which voted against the deal, has questioned clauses that require Greece to support French military operations in the war-torn Sahel in Africa and vowed to change this if it comes to power.

It also expressed doubts over whether the deal means France would provide support if there was a conflict between Greece and Turkey over its maritime zones.

Party leader and former Prime Minister Alexis Tsipras says the agreement embroils Athens in "particularly dangerous adventures" abroad and increases defense spending at the expense of the health budget during the coronavirus pandemic.

In contrast to other EU and NATO allies, France strongly backed Greece and the Greek Cypriot administration at the time, sending warships and fighter jets to the Eastern Mediterranean.

Turkey, the country with the longest coastline on the Eastern Mediterranean, has sent drillships with a military escort to explore for energy on its continental shelf, saying that it and the TRNC have rights in the region.