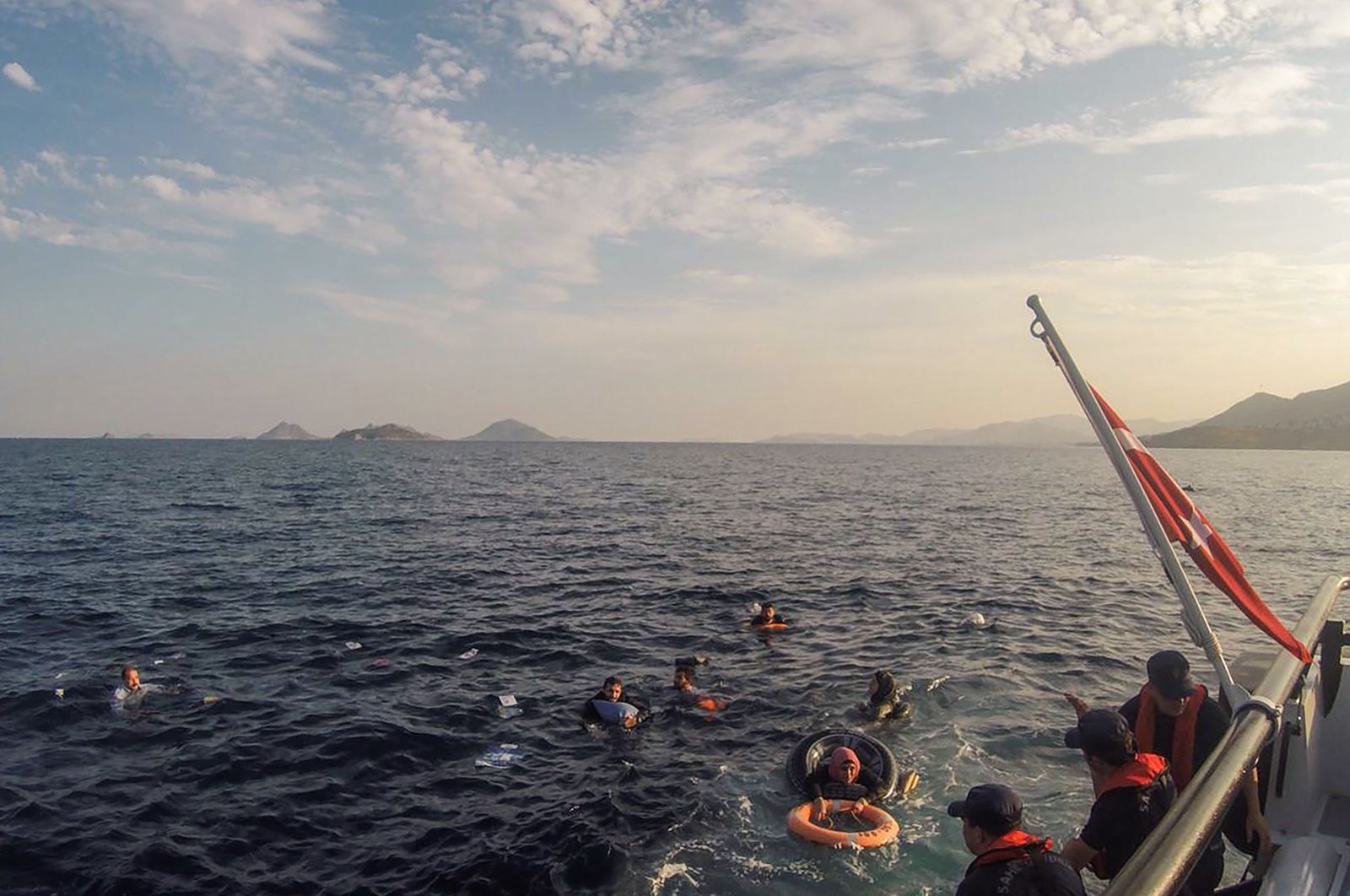 Irregular migrants are rescued by Turkish security forces after their boat sank in the Aegean sea, off the coast of southwestern Turkey, June 17, 2019. (AFP Photo)
by Anadolu Agency Mar 12, 2021 12:03 pm

In the first incident, 35 asylum-seekers who were illegally pushed back by the Greek coast guard into Turkish territorial waters in the Aegean were rescued from a rubber boat off the coast of Ayvalık in Turkey's northwestern Balıkesir province, the Turkish Coast Guard Command said in a statement.

The group, including women and children, was brought to Alibey Island, also known as Cunda, it said.

Food, drinks and medical supplies were provided to the asylum-seekers, the statement added.

In the second incident, which took place off the coast of Ayvalık as well, 27 asylum-seekers whose boat broke down while trying to sail to the Greek island of Mytilene were rescued by Turkish coast guard teams.