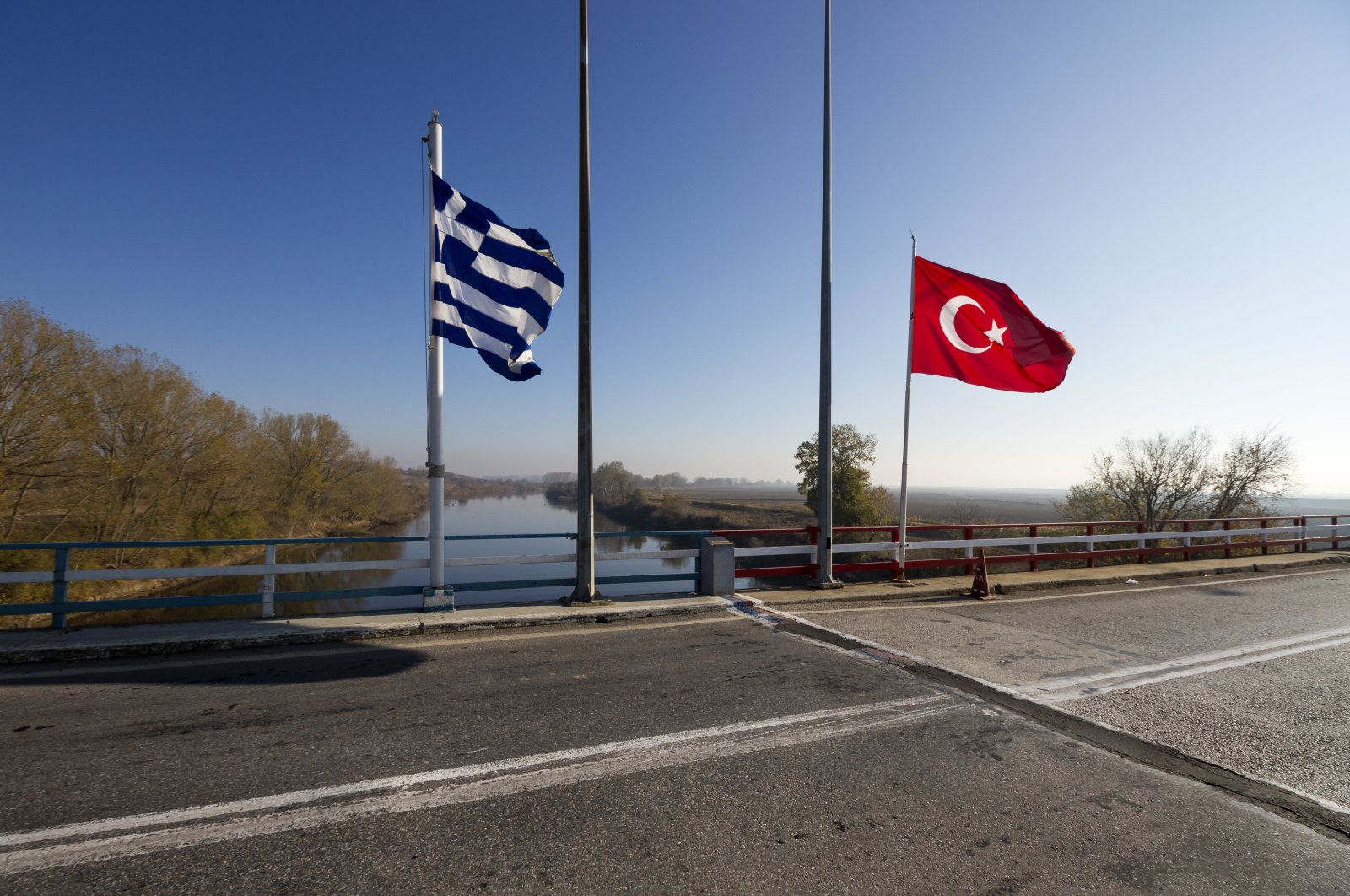 The Greek-Turkish border line right on the bridge over the river Evros. (Shutterstock Photo)
by DAILY SABAH Feb 27, 2021 2:58 pm
RECOMMENDED

At least 29 irregular migrants trying to reach Europe were brutally beaten by Greek soldiers and pushed back to Turkey, according to the statement published by the Turkish Defense Ministry Saturday.

“The migrants, who were beaten with wooden sticks, were trapped on a small islet near the banks of the Meriç (Maritsa) River,” the statement said.

“Their money, phones and even their shoes were confiscated,” it added.

Turkish security forces came to rescue the migrants as they were left to their own fate on the tiny island by Greek authorities who did not distinguish between the woman and children of the group.

In their testimonial, the migrants reported that they were beaten and all their belongings were taken by force by the Greek authorities who then tried to forcibly send them to Turkey.

Turkey and Greece have been key transit points for migrants aiming to cross into Europe, fleeing war and persecution to start new lives. Turkey has also accused Greece of large-scale pushbacks and summary deportations without access to asylum procedures, which is a violation of international law. It also accuses the European Union of turning a blind eye to what it says is a blatant abuse of human rights.

Pushbacks are considered contrary to international refugee protection agreements that say people shouldn't be expelled or returned to a country where their life and safety might be in danger due to their race, religion, nationality or membership in a social or political group.