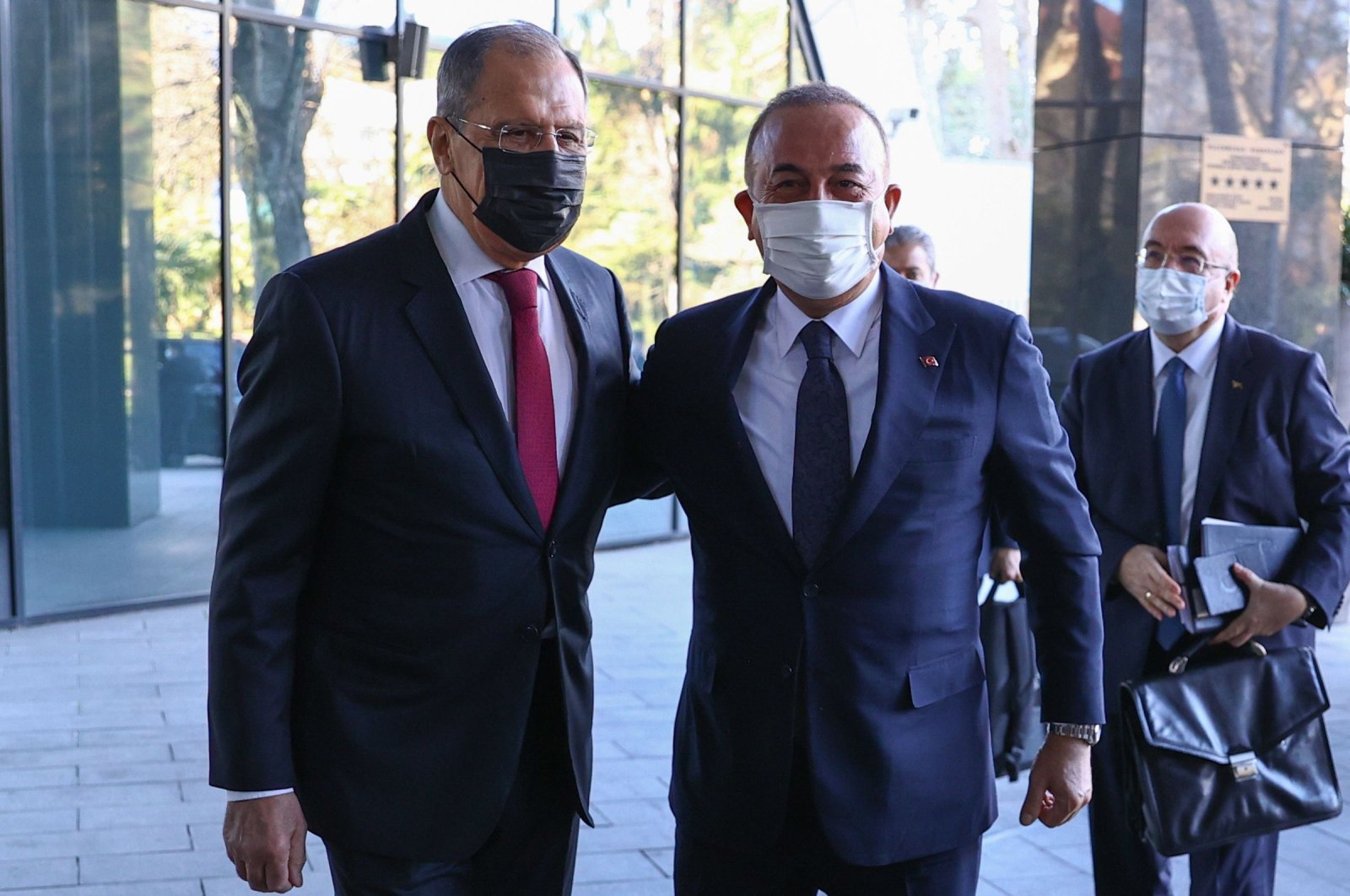 Turkey and Russia will do their best for sustainable peace in the region of Nagorno-Karabakh, Foreign Minister Mevlüt Çavuşoğlu said Tuesday.

Speaking during a joint press conference with Russian counterpart Sergey Lavrov in Sochi, Çavuşoğlu said: “Turkey-Russia joint center in the region will soon be active. We will also intensify efforts to normalize ties with Armenia.”

Nagorno-Karabakh lies within Azerbaijan but was under Armenian occupation since a separatist war there ended in 1994. That conflict left the predominantly Armenian populated Nagorno-Karabakh region and substantial surrounding territories in Yerevan's hands. Heavy fighting erupted between Armenia and Azerbaijan in late September in the biggest escalation of the decades-old conflict, killing more than 5,600 people on both sides. The Russia-brokered agreement last month ended the recent fighting in which the Azerbaijani army routed Armenia's forces. The cease-fire deal stipulated that Yerevan hand over some areas it held outside Nagorno-Karabakh's borders. Baku also retained control over the areas of Nagorno-Karabakh that it had taken during the armed conflict.

Around 2,000 Russian peacekeepers have been deployed to Nagorno-Karabakh under the terms of the deal and are expected to stay in the region for at least five years. The Turkish Parliament also last month overwhelmingly approved the deployment of Turkish peacekeeping troops to Azerbaijan after Turkey and Russia signed an agreement for establishing a joint center to monitor the cease-fire in the region. The mandate allows Turkish forces to be stationed at a security center for one year. Azerbaijan has been pushing for its close ally Turkey to play a central role in the implementation of the agreement, as Ankara pledged full support for Baku during fighting in the region.

Both ministers said they paid priority to the Nagorno-Karabakh settlement while discussing the international agenda.

"We welcome Ankara's desire to help the parties to the conflict fulfill their obligations. In particular, within the framework of the agreement signed by the presidents of Russia, Azerbaijan, and the prime minister of Armenia on Nov. 9, as well as within the framework of the Russian-Turkish joint center for monitoring the implementation of cease-fire obligations," Lavrov said.

He said: “We may have our differences with Russia. We don’t have to have the same opinion on everything. Our ties with Russia are not an alternative to our ties with NATO or the EU. The West should focus on cooperating with us, rather than imposing sanctions.”

His comments came after fellow NATO member Washington sanctioned Turkey over its purchase of Russian S-400 missile defenses, and the EU prepared punitive steps over Turkey's dispute with members Greece and the Greek Cypriot administration over Mediterranean offshore rights.

Lavrov, for his part, said Moscow and Ankara's military cooperation would not be deterred by the United States imposing sanctions on Turkey earlier this month for acquiring a Russian missile defense system.

"We have confirmed our mutual intention to develop military ties with Turkey" despite "Washington's illegitimate pressure," Lavrov said.

Regarding the Libyan crisis, Çavuşoğlu said Turkey’s support for the Libyan government balanced the situation on the ground and showed the war was a stalemate. The warring sides have now joined an ongoing political process, he added.

Çavuşoğlu said no country or person, including Haftar, has the right to ask Turkey to leave Libya.

"We have legitimate reasons to be there," he said.

Çavuşoğlu stressed that Turkey does not seek profit in Libya, but assists in the achievement of national unity and establishment of dialogue between parties.

He also stressed that the global community has to take a more active role in encouraging the Libyan parties to peace.

Lavrov also said they are in touch with all the parties in Libya, and Turkey and Russia provide all kinds of support for a political solution in Libya.

In the Libyan crisis, Turkey has backed the legitimate United Nations-recognized Government of National Accord (GNA) against the eastern-based illegitimate forces loyal to putschist Gen. Khalifa Haftar, which has the support of Russia.

They also reaffirmed the commitment to the work in the Astana format, as it has proven its effectiveness and ability to resolve the most pressing issues related to the situation on the ground.

"We talked about how to implement the agreements of our presidents on the Idlib de-escalation zone. These tasks are being carried out, we would like it to happen faster," Lavrov said.

Çavuşoğlu also appreciated Russian efforts to curb attacks by the Syrian regime, saying: “They have made a recognizable difference in the war-torn country.”

Despite their differences, the two countries under the Astana Process have cooperated to end the violence in Syria and supported a political solution.

The top Turkish and Russian diplomats met Tuesday to discuss international issues and help prepare for a meeting of the two countries' presidents.

They met in the Russian resort city of Sochi, ahead of a planned meeting of the High-Level Russian-Turkish Cooperation Council, set to be co-chaired by their presidents.

Earlier, Lavrov stressed that despite the coronavirus pandemic, President Recep Tayyip Erdoğan and his Russian counterpart Vladimir Putin remain in close contact. This year they met in person three times, took part in a videoconference in the Astana format and conducted nearly two dozen phone conversations.

"This statistic alone shows what a rich agenda fills our relations," Lavrov said.

He added that apart from preparing for the presidential meeting, he would like to discuss the state of affairs in the Black Sea, Middle East and the Caucasus regions.

"We have a rich international agenda, the Syrian settlement, Libya, other parts of the Middle East region and Nagorno-Karabakh topic that recently came forward," Lavrov said.

"We greatly value our trustful dialogue," he added.

For his part, Çavuşoğlu stressed that the close dialogue between the Turkish and Russian presidents, and the mutual trust between them, serves not only the development of bilateral relations but also regional ties.

Çavuşoğlu said he regretted that the pandemic kept the two countries from a full-fledged celebration of the 100th anniversary of their bilateral relations but added he was satisfied to end the year with a personal meeting.