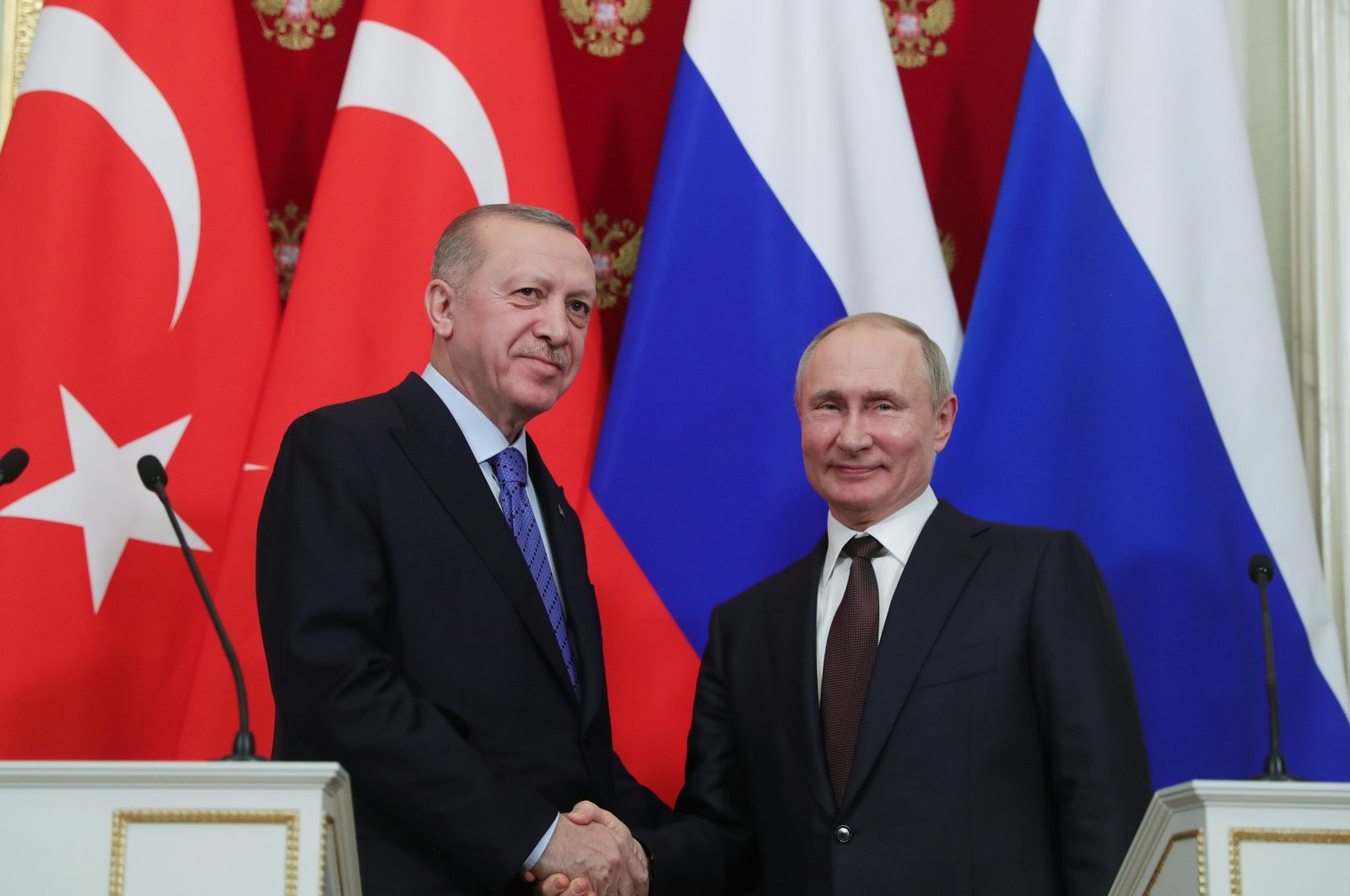 Senior officials from the ruling parties in Turkey and Russia held a videoconference Thursday. They discussed coronavirus pandemic and developments in the Eastern Mediterranean.

The meeting was attended by Turkey's Justice and Development Party (AK Party) deputy chairman for foreign affairs, Cevdet Yılmaz, and the chair of the United Russia Party, Dmitry Medvedev.

Stressing the fact that Turkey has the longest coast in the Eastern Mediterranean, Yılmaz said: "Our Eastern Mediterranean policy has two aspects: Delimitation of maritime boundaries and legitimate, equal rights of the Turkish Cypriots on the natural the Island's resources."

Yılmaz said the maritime boundaries and continental shelf in the Eastern Mediterranean are issues related to Turkey's sovereignty but it was "nevertheless, open to dialogue with all countries," except for the Greek Cypriot administration.

"The second aspect of the matter is that the Turkish Cypriots are entitled to equal rights on the hydrocarbon resources of the island," Yılmaz added.

"In order to reach a solution in the Eastern Mediterranean, the two communities on the island must come together first and establish a cooperation mechanism for hydrocarbon exploration, exploitation and address issues like revenue sharing," he said.

He added that the distorted representation of Turkey's actions to protect its legitimate interests, based on international law, was "unacceptable under any circumstances."

On the conflict in Libya, Yılmaz said the only legitimate authority in the country was its Tripoli-based internationally recognized government, currently fighting the forces of putschist Gen. Khalifa Haftar.

Libya has been torn by civil war since the ouster of late dictator Muammar Gadhafi in 2011. Libya's new government was founded in 2015 under a United Nations-led agreement, but efforts for a long-term political settlement failed due to the military offensive by Haftar's militia.

Discussing the coronavirus pandemic, Medvedev focused on the importance of inter-party dialogue to combat COVID-19 and international cooperation in developing a vaccine.

"When good vaccines become available, they should be used almost simultaneously on all continents, primarily for reasons of national security," Medvedev said.

He added that Russia called for full global compliance with the U.N. Biological Weapons Convention, "thus reminding the international community that using biological weapons is unacceptable."

The pandemic has also led to a surge in cybercrime, Medvedev stressed. "Today, with the ever-increasing use of digital solutions in everyday life and companies switching to telecommuting and opening access to their in-house data, cybercriminals, hackers and peddlers of counterfeit products find it easier to target their victims," he said.

"Here in Russia, the Security Council, law enforcement and other agencies are working hard to develop a national cybersecurity system. We urge the international community to join efforts in order to ensure global security in the digital world," he added.

AK Party's Yılmaz, for his part, said the pandemic was a test on humanity as a whole. "We believe that global cooperation and solidarity are crucial to the struggle against COVID-19."

Underscoring the importance of inter-party dialogue and the global availability of a potential vaccine, Yılmaz said the virus was a good opportunity to improve bilateral relations on regional and global issues. "This opportunity needs to be used for a better world," he underlined.

Stressing that the pandemic is a global problem, Yılmaz said cooperation and solidarity need to be increased. He urged a "new globalization" to promote improved "global governance," as opposed to "anti-globalist trends" that promoted "self-sufficiency."

He said Ankara had received requests for support to fight the pandemic from 152 countries in total. "We have met more than 139 requests and continue assessing all other applications favorably, with humanitarian considerations in mind," Yılmaz said.

Lauding Turkey's performance in fighting the outbreak, thanks to its "preparedness, effective mobilization of our health system, social security, digital infrastructure," he said, "At the same time, we need to prepare ourselves for the post-COVID-19 world."

He urged cooperation on health issues, as well as economic problems, adding that security issues like cyber and biological security will also be on the agenda.