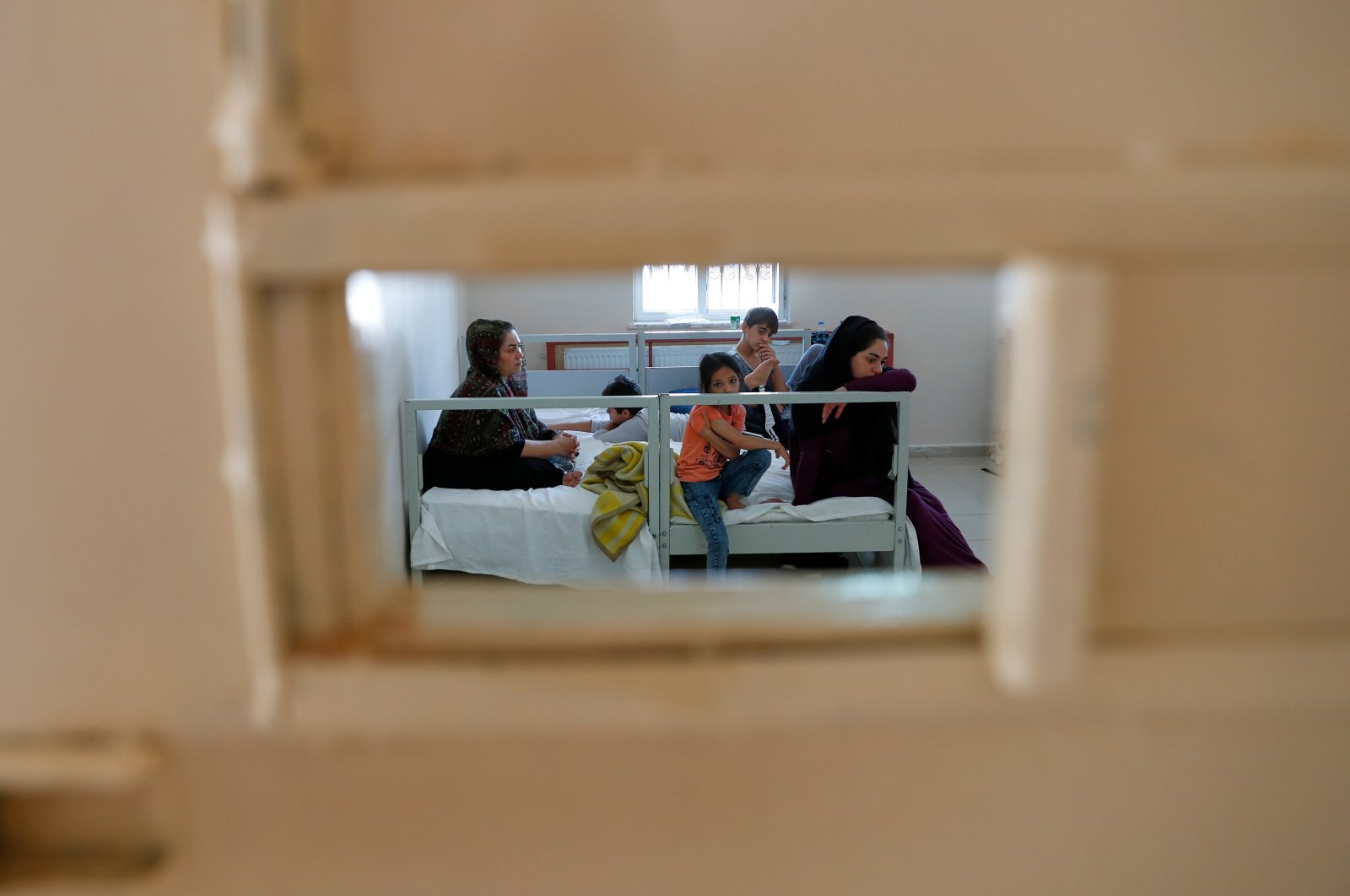 A migrant family from Afghanistan, held by Turkish security forces after crossing illegally into Turkey from Iran, is pictured in a room at a migrant processing center in the border city of Van, Turkey, Aug. 22, 2021. (REUTERS Photo)
by DAILY SABAH WITH AA Sep 12, 2021 12:56 pm
RECOMMENDED

The international community has been increasingly supportive of Turkey safely sending migrants back to their home countries, Foreign Minister Mevlüt Çavuşoğlu said on Sunday.

The international community has started to understand the gravity of the situation, the minister said while speaking to the press in the southern province of Antalya.

Çavuşoğlu said that Turkey, Lebanon, Jordan and Iraq, the countries hosting the highest number of Syrian refugees in the world, have launched an initiative. The minister underlined that migrants must not be forced to return, but encouraged to by providing education, health and employment resources for those returning to areas like Syria's northwestern Idlib province.

Stating that the European Union is against the rebuilding of Syria, Çavuşoğlu added: “The reconstruction of a place or country while the war goes on is not realistic. The stances of all of us against the regime are clear; however, responding to the basic necessities on the ground is not reconstructing a country.”

He said that the same can be said for Afghanistan. “It is not right to send people back immediately due to the situation in Afghanistan; it is also not possible. There is no interlocutor.”

Çavuşoğlu stated that Turkey had sent Afghans back in the months and years before the Taliban took control of the country, as was also done with Pakistanis.

“With COVID-19 this problem has increased further. We see movement in various countries due to developments and economic problems. If this is a global problem, then we have to work to solve it together.”

He noted that the issue of migrants has become a problem in Turkey and triggered unrest among the people.

“If this is a social problem, then we have to evaluate it and find a solution through new policies.”

Turkey has been a key transit point for irregular migrants attempting to cross into Europe to start new lives, especially those fleeing war and persecution, like the Syrian civil war. Through its March 2016 agreement with the EU, Turkey was instrumental in bringing down migrant numbers and alleviating the crisis.

Çavuşoğlu had recently highlighted the importance of taking joint action to deal with the migrant crisis, as he urged the European Union to properly implement the terms of the 2016 deal and undertake burden-sharing responsibilities.

Çavuşoğlu told a live broadcast on NTV that the best way to solve the Afghan migrant crisis is to solve the conflict at home to ensure that people are not forced to leave their homes, as he criticized the EU for failing to abide by the terms of the 2016 migrant pact.

"The EU needs to stop thinking that migrants will not arrive because of COVID," Çavuşoğlu said. The bloc needs to share the burden by discussing means to tackle the issue, he said, adding that it also needs to revise its responsibilities and then see which of these responsibilities are met.

"In the next step, the two sides can discuss what needs to be done on an individual and joint level," Çavuşoğlu said, underlining that it is unacceptable for the EU to promise financial assistance and do nothing more.

Provincial gendarmerie teams carried out operations once they were notified human smuggling was taking place. The 187 migrants were sent to the provincial migration directorate for processing.