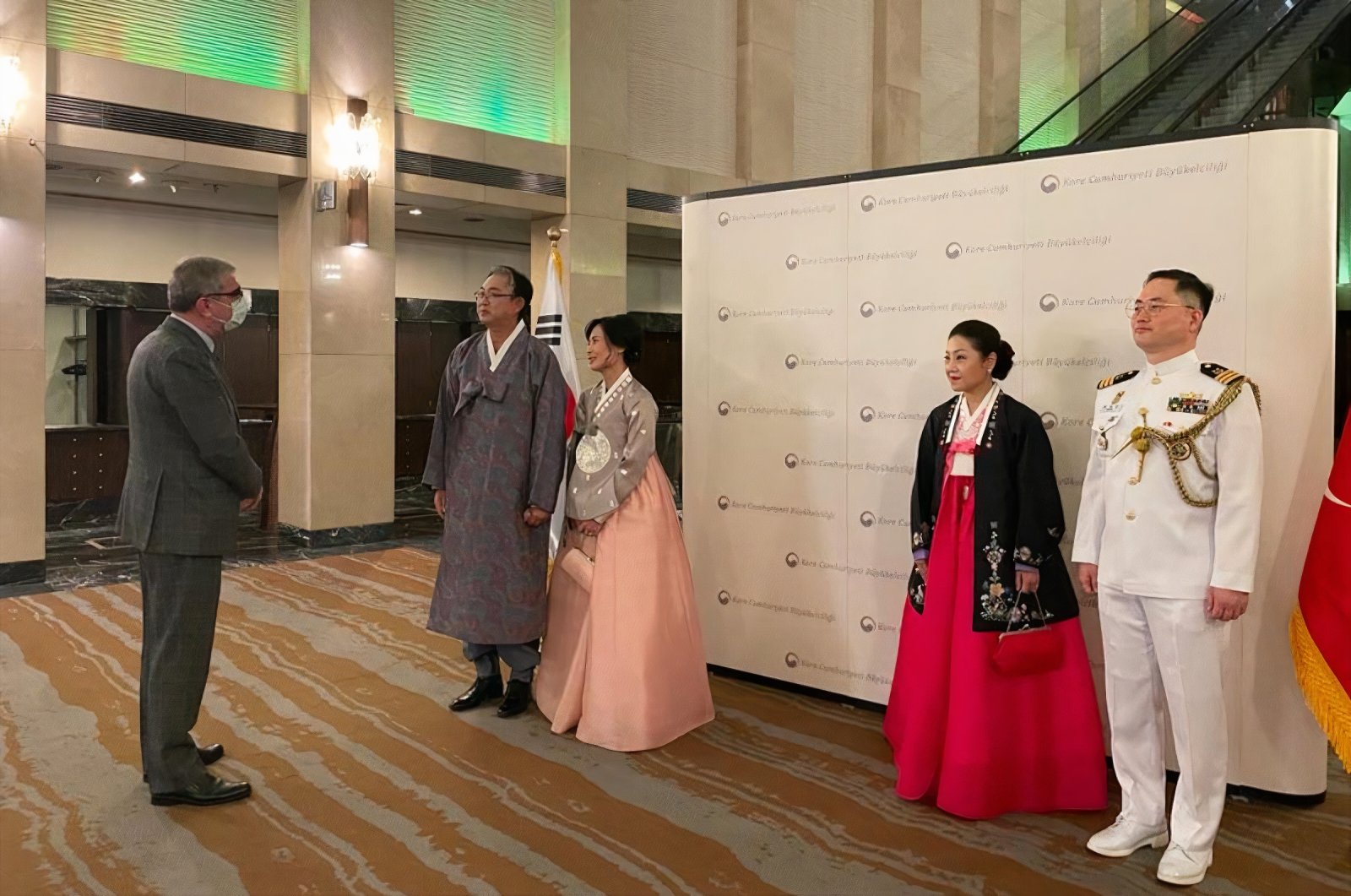 The strategic partnership between Turkey and South Korea was reaffirmed by senior diplomats during South Korea's National Day celebrations in Ankara on Wednesday.

Turkish Deputy Foreign Minister Faruk Kaymakcı said the two countries only got to know each other during the Korean War (1950-1953) but managed to form very strong ties.

"We became two close countries without being neighbors," he said.

Highlighting that relations between the two countries were elevated to a strategic partnership in 2012, Kaymakcı said they would further improve within the framework of Turkey's Asia Anew initiative.

South Korea's Ambassador to Turkey, Lee Won-ik, for his part drew attention to the ever developing aspect of the bilateral relations.

He also pointed out that the bilateral trade volume reached $7 billion and 180 South Korean companies are based in Turkey and contributing to its export sector.

This was the first international war experience for the soldiers of the Republic which was built on the remains of the Ottoman Empire that was defeated in World War I. Yet, they proved their worth and did not lose their spirits like their predecessor in Gallipoli or the Turkish War of Independence where they staved off an international alliance from all corners of the globe. It was the Turkish contingent that is credited with fending off six Chinese divisions around Kunu-ri where the fiercest battle was fought and they won the praise of U.N. Coalition Forces' famed commander Gen. Douglas MacArthur.