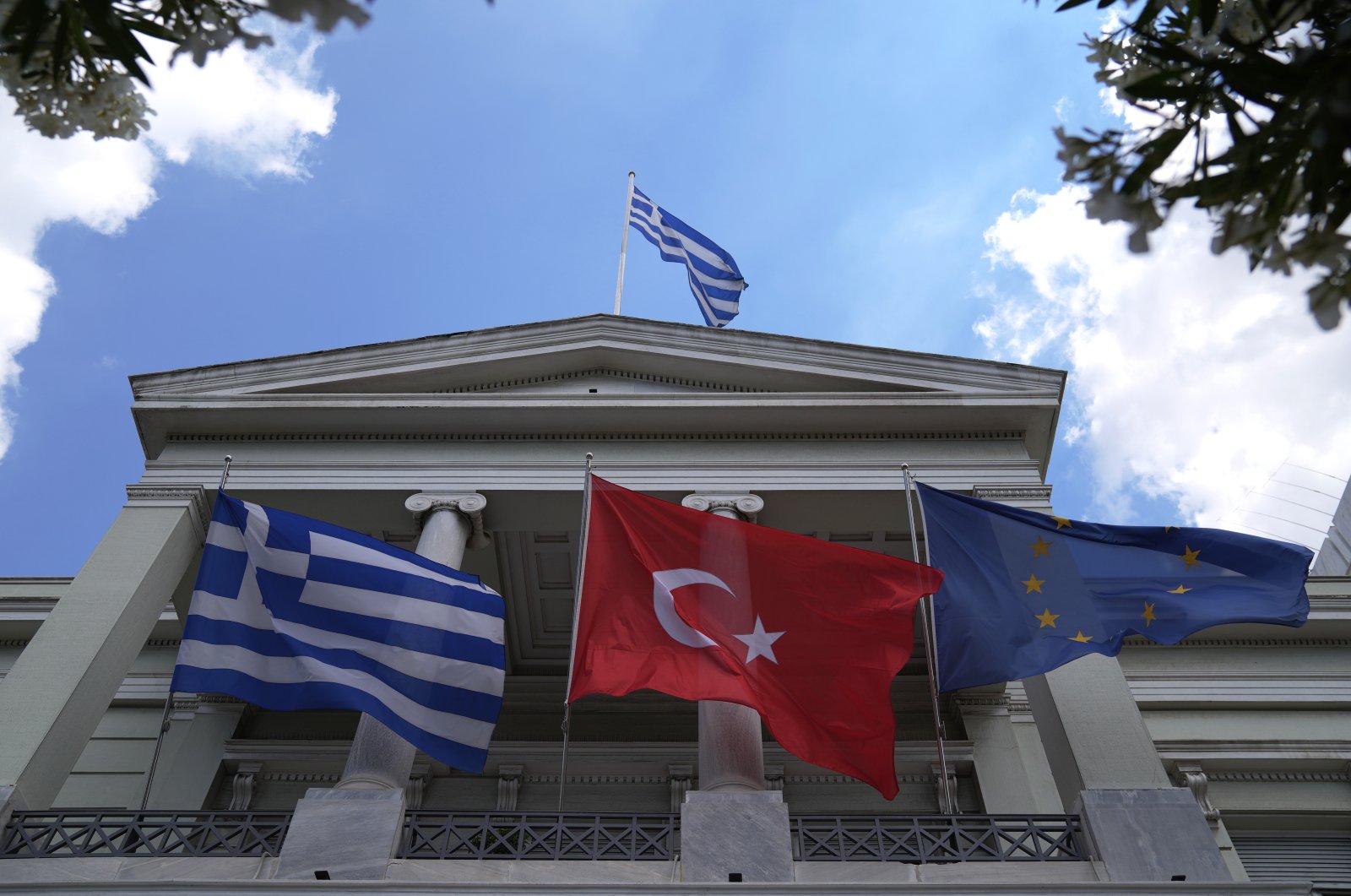 The Foreign Ministry summoned the Greek envoy on Friday for allowing the PKK terrorist group's sympathizers to carry out demonstrations near the Turkish Embassy in Athens and for turning a blind eye to terrorist groups that pose a threat to Turkey's national security concerns.

Christodoulos Lazaris was summoned to the Foreign Ministry building and was informed of Turkey's views and reactions to the presence and activities of terrorist groups in Greece, according to diplomatic sources.

The Greek ambassador was also informed that terrorist organizations easily carry out propaganda, financing and recruitment activities in Greece and Greece's identity as a "safe haven" has increased in circles associated with terrorism.

Additionally, the Lavrio camp was shown to Lazaris as an example that terrorist groups threatening Turkey's security benefit from all kinds of logistics and training opportunities.

Lazaris, who was also told that the Lavrion camp has become a hotbed for terrorism comparable to PKK camps in Iraq and Syria, was informed of Turkey's reaction and views on the subject due to action that started from the camp and turned into an overt PKK demonstration around the Turkish Embassy in Athens.

During the meeting, concerns about the safety of Turkish representatives and citizens in Greece were also expressed, and the expectation of effective cooperation in the fight against terrorism was reiterated.

The ministry also emphasized the necessity for Greece to fulfill its obligations arising from neighborly relations and international law in the fight against terrorism.

The activities of terrorist groups in Sweden and Finland, recognized as terrorists by the European Union, the U.S. and Turkey, are one of the main objections by Ankara to the Nordic states joining NATO. Ankara’s concerns threaten to hold up their bid to join the alliance following Russia’s invasion of Ukraine.

Turkey and Greece are divided over a number of issues such as maritime borders in the Mediterranean and Aegean Seas.

On Wednesday, President Recep Tayyip Erdoğan said Ankara had broken off from high-level talks with Athens. The mechanism for resolving disputes between the traditional rivals was resumed last year after a five-year break.

Turkey has stepped up its fight against PKK terrorists with security forces carrying out counterterrorism raids and operations to clear terrorists and hold those who supported them accountable.