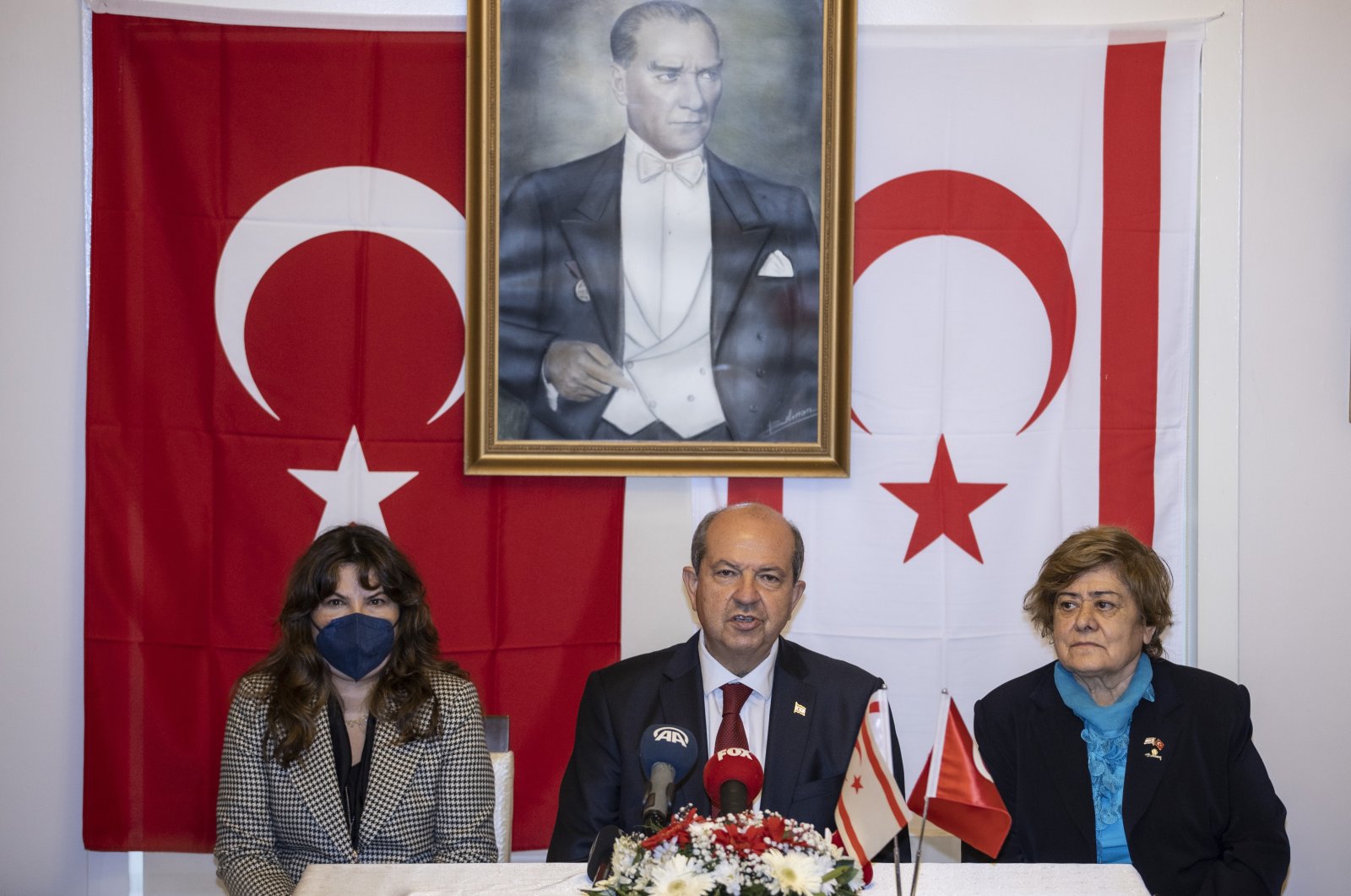 Turkish Republic of Northern Cyprus (TRNC) President Ersin Tatar said Ankara fully supports a two-state solution on the island of Cyprus that respects the equal sovereignty of the two nations.

Tatar's comments came at an event held by the TRNC's consulate general in Istanbul on the 38th anniversary of the country's establishment, where the president reflected on political and regional developments.

Tatar said that the Turkish Cypriots maintaining their presence on the island on the basis of sovereignty and equality, not as a minority, has become an inevitability, arguing that it is no longer possible for an agreement to be reached on a federal structure in Cyprus. He noted that his administration is open to reconciliation and agreements.

"We are open to cooperation, only with the acceptance of the status of two separate states based on sovereign equality. Cooperation can only be achieved under these conditions. We share this demand with the whole world," he said.

"We officially expressed this for the first time at the meetings held in Geneva on April 27-29. We conveyed our six-item plan based on equal status. However, we also stated that if our sovereign and international equality is accepted, we can enter the formal negotiation process, because sovereign equality is the only guarantee of our existence."

Tatar also said that Turkey's role as a guarantor country on the island and the presence of its armed forces would help the TRNC reach its goals because, otherwise, the Greek Cypriot side would govern the Turkish Cypriots and eventually force them to assimilate.

The president stressed that Turkey's position on the issue empowered the TRNC, noting that Ankara views the Cyprus issue as an international cause and has always stood by Turkish Cypriots.

The Greek Cypriot administration entered the European Union in 2004, the same year that Greek Cypriots thwarted a U.N. plan to end the decadeslong dispute.