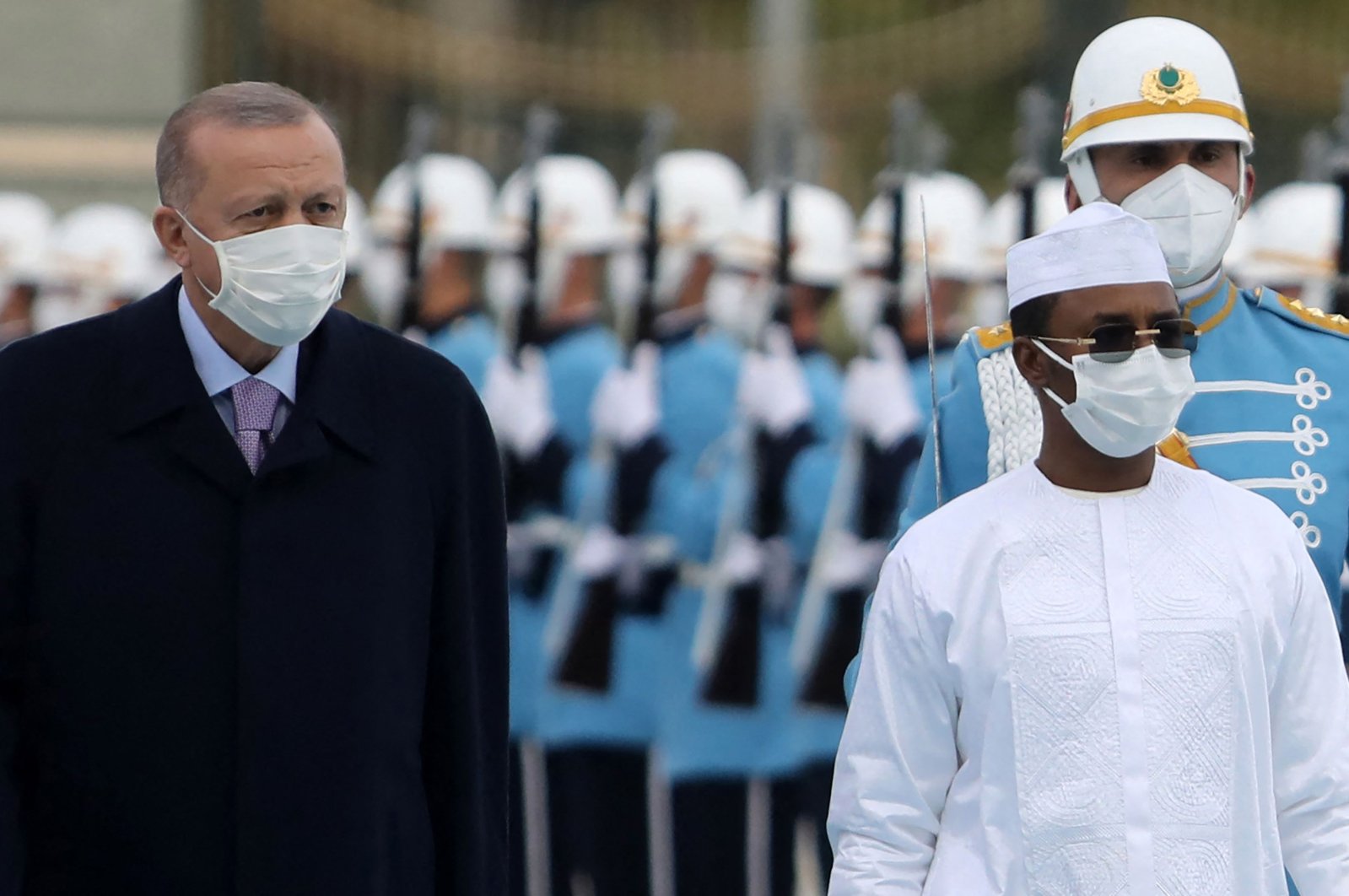 Turkey is ready to enhance cooperation with Chad in all fields including defense and security as the African nation faces terrorists and other armed groups, President Recep Tayyip Erdoğan said Wednesday.

"Turkey is ready to develop cooperation with Chad, which is simultaneously fighting terrorist organizations and armed opposition groups, in the military, defense, and security fields," Erdoğan said in a joint press conference following a meeting with Chad's visiting Transitional President Mahamat Idriss Deby Itno in the Turkish capital Ankara.

Erodğan said they discussed the bilateral relations of the two nation, as well as regional issues in which Turkey can support Chad in its transitional period.

"With the agreements signed today, Chad will become one of Turkey's pioneering partners in Africa," Erdoğan said, adding that the Central African country has a great potential and role in the region. He added that the bilateral trade volume between the two countries has reached $112 million, a 47% increase overall, with the goal of reaching $200 million and then $500 million.

The two countries will continue to work on further deepening relations and enriching diversity in trade in a holistic, win-win approach, the president said. He noted that Chad is currently undertaking the periodical presidency of the G5 Sahel and the Community of Sahel–Saharan States and said that it has great potential in its region.

Deby for his part said that many issues were touched upon at the highest level. “Together with this, we had the chance to sign new bilateral agreements. Chad and Turkey are countries with a historical background and we have relations for 500 years.”

He said that the agreements, protocols and memorandums of understanding between Ankara and N’Djamena show the dynamism of the relations between the two countries.

Erdoğan said that Turkey wants to see Chad at the Third Turkey-Africa Cooperation Summit in Istanbul on Dec. 17-18.

“The Turkey Maarif Foundation with its educational activities, the Turkish Cooperation and Coordination Agency (TIKA) with its aid and development projects, the Turkish Airlines with its regular flights and nongovernmental organizations (NGOs) are contributing to bilateral relations,” he said.

He also reiterated his gratitude for Chad’s cooperation in the fight against the Gülenist Terror Group (FETÖ), saying that schools linked to the terrorist group were handed over to the Maarif Foundation in 2017.