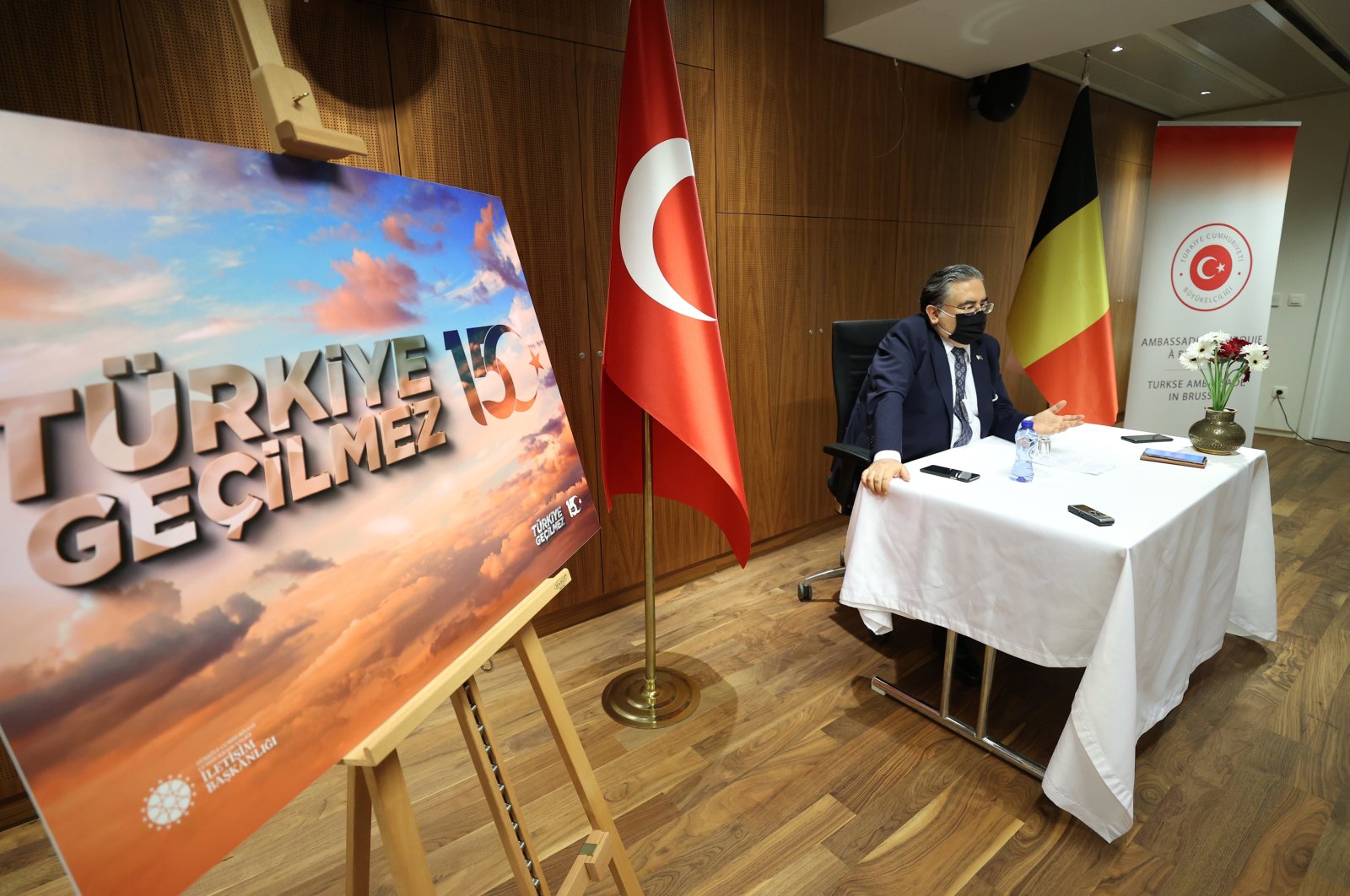 Turkey will continue to show the real face of the Gülenist Terror Group (FETÖ) to the world, Turkey's Ambassador to Brussels said Tuesday.

"This is a very long-term process but we will fearlessly talk about FETÖ everywhere, including Belgium. We also have good cooperation with Belgium," Hasan Ulusoy told reporters at the Turkish Embassy in Brussels.

He said the terrorist group has spread all over the world like a pandemic and stressed that FETÖ uses its so-called non-governmental organizations and educational institutions to do so.

Speaking on bilateral relations, Ulusoy said foreign ministers of both countries held a tete-a-tete and a comprehensive meeting between delegations after seven years in January.

He also said that they plan activities in 2023 to mark the 185th anniversary of the establishment of diplomatic relations.

The terrorist group, which is the culprit behind July 15, 2016 coup attempt, is known for its widespread infiltration in the military, law enforcement and judiciary which enabled it to orchestrate plots against anyone opposing its infiltration attempts.

The United States is currently the residence of Fetullah Gülen, who spends his days in a secure retreat run by a FETÖ-linked foundation in Saylorsburg, Pennsylvania, along with several wanted FETÖ members. Washington has long been reluctant to extradite wanted FETÖ members, from the leader to his right-hand man, Cevdet Türkyolu. Other prominent figures from the group, such as journalists Ekrem Dumanlı and Emre Uslu, former footballer Hakan Şükür and businessperson Ihsan Kalkavan also reside in the country.