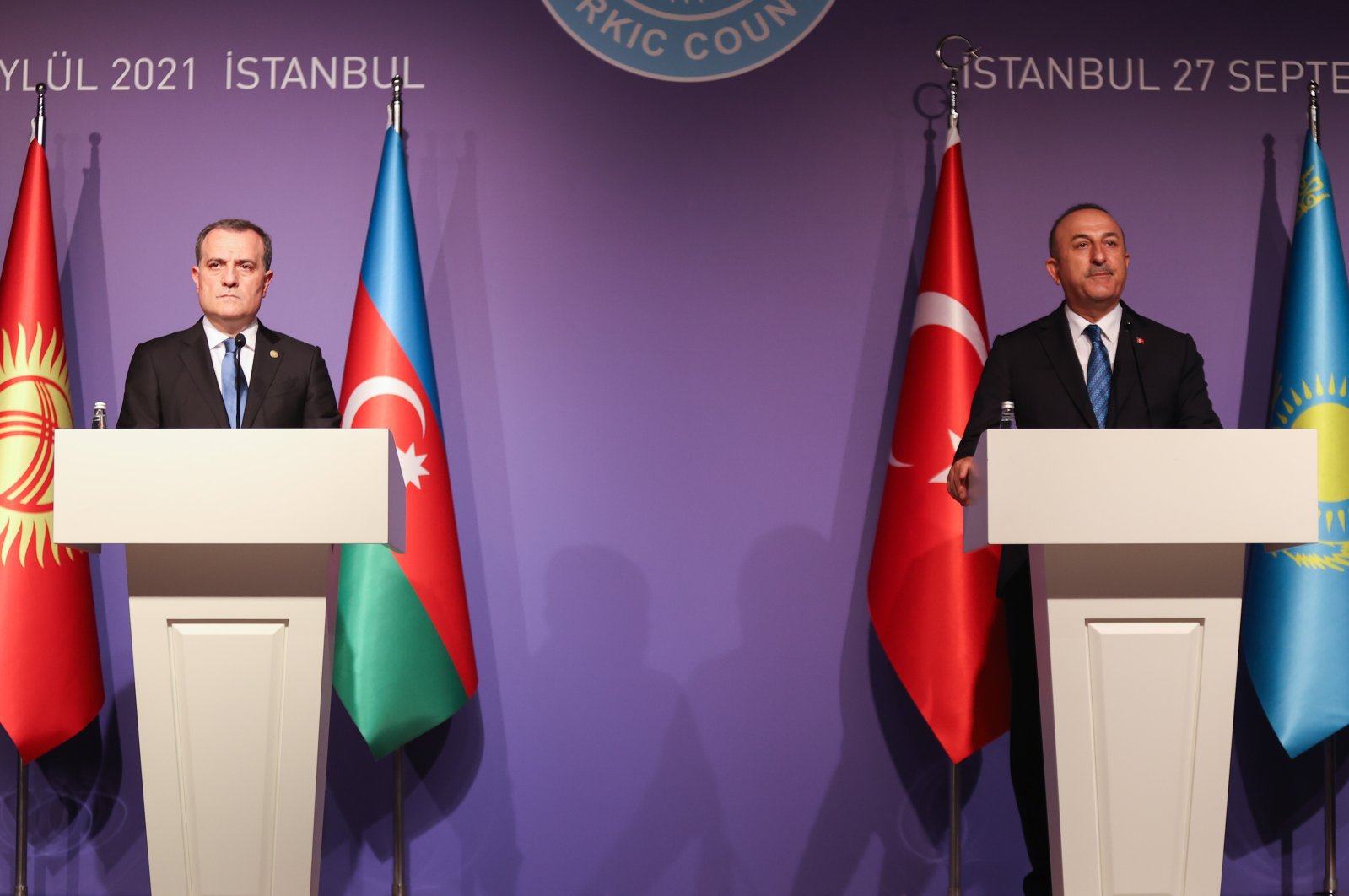 Foreign Minister Mevlüt Çavuşoğlu said Turkey would coordinate all steps that would be taken in terms of reestablishing relations with Armenia amid positive statements in that regard, but no meeting has been scheduled with his Armenian counterpart.

Speaking at a joint news conference with his Azerbaijani counterpart Jeyhun Bayramov, Çavuşoğlu said Turkey wants peace and stability to prevail in the region after the war. He noted that Azerbaijan has proposed a comprehensive peace agreement with Armenia, but the latter has not responded positively to the request.

Çavuşoğlu noted that President Recep Tayyip Erdoğan and President Ilham Aliyev hold talks on the phone as "two presidents and two brothers" on a regular basis but no special instructions have been given for a meeting soon.

About 20% of Azerbaijan's territory has been under illegal Armenian occupation for nearly three decades. Azerbaijan says that since Sept. 27, it has retaken much of the land in and around the Nagorno-Karabakh enclave that it lost in a 1991-1994 war that killed an estimated 30,000 people and forced many more from their homes.

Armenia has denied the extent of Azerbaijan's territorial gains.

Last week, Pashinian's spokesperson Mane Gevorgyan said his country is ready to engage in high-level dialogue with Turkey. She noted that Yerevan was ready to establish the highest-level dialogue with Ankara and eliminate obstacles on the transit corridor that would have to go through Armenia to connect Azerbaijan to its Nakhchivan enclave that borders Turkey and Iran.