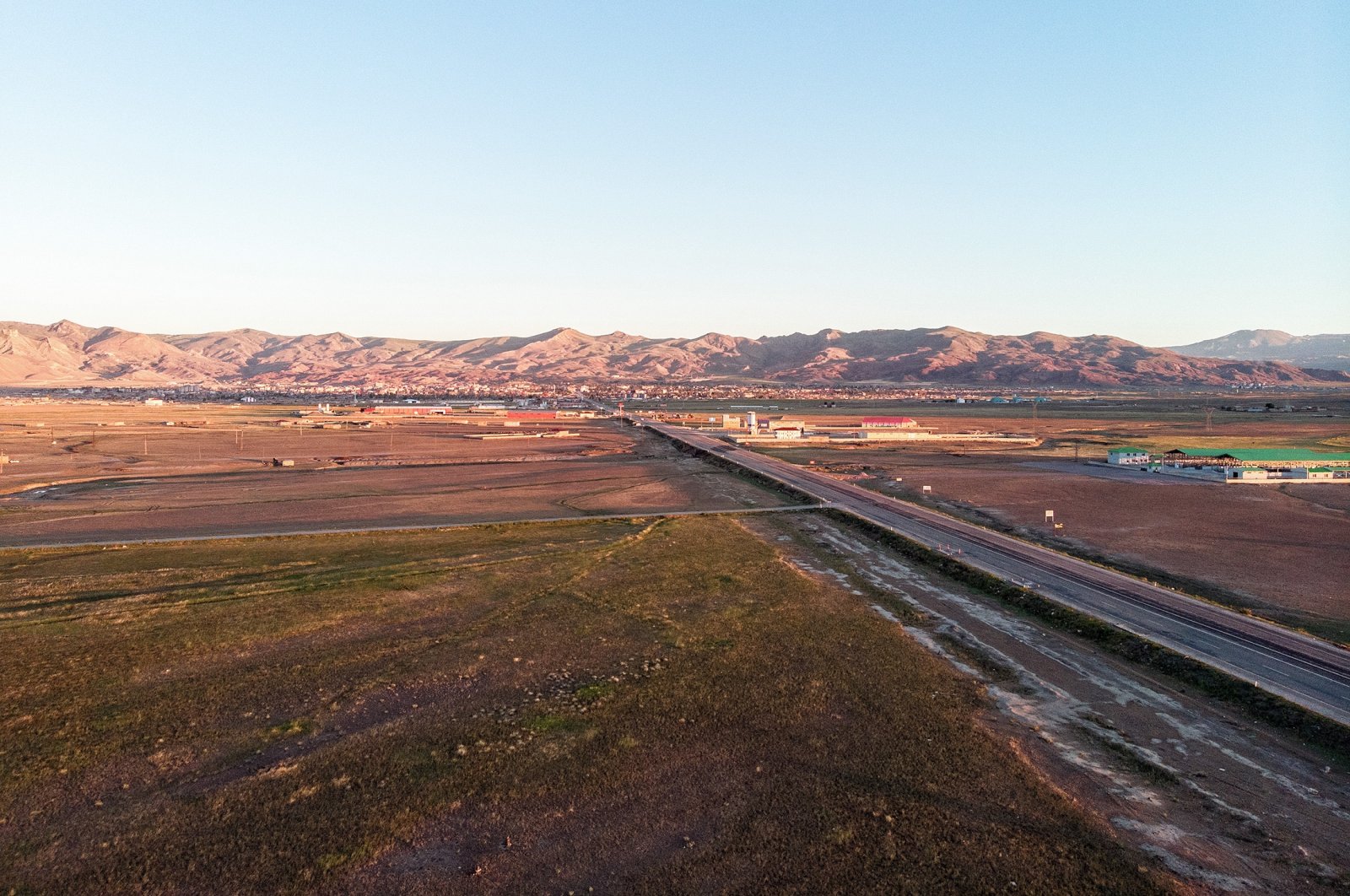 Aerial view of the road leading to Doğubayazıt from Iğdır around Mount Ağrı, eastern Turkey on the border with Armenia and Iran. (Shutterstock File Photo)
by DAILY SABAH Sep 21, 2021 10:41 am
RECOMMENDED

She noted that Yerevan was ready to establish the highest-level dialogue with Ankara and eliminate obstacles on the transit corridor that would have to go through Armenia to connect Azerbaijan to its Nakhchivan enclave that borders Turkey and Iran.

She continued by saying that opening regional transit and transportation corridors was necessary for permanent peace and stability.

Two weeks ago, Pashinian said that Erdoğan's recent comments represented an "opportunity for a conversation on settling relations."

"We stand ready for such a discussion," he told a Cabinet meeting.

Erdoğan said last month that Ankara was willing to work toward normalizing ties with Armenia if Yerevan "declares its readiness to move in this direction."

Armenia and Turkey never established diplomatic ties and their shared border has been closed since the 1990s.

Their relationship has deteriorated more recently over Turkey's support for Azerbaijan, which fought a brief war with Armenia last year and liberated the Armenian occupied Nagorno-Karabakh region and adjacent areas.

The resulting six-week war between Armenia and Turkey's ally Azerbaijan claimed some 6,500 lives. Russia brokered a cease-fire that saw Yerevan cede swaths of territory it had illegally occupied for decades.