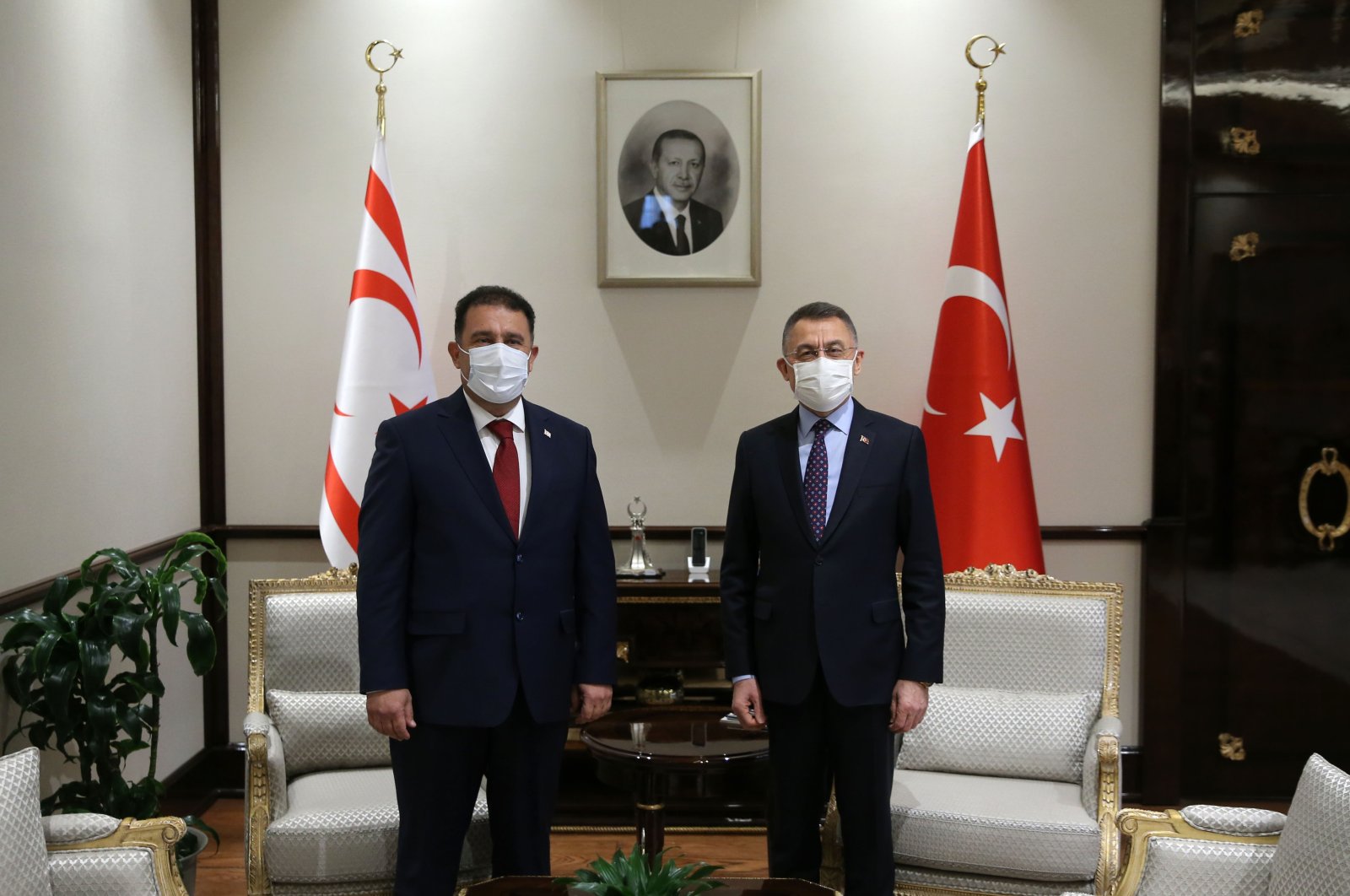 An infusion of funds from Turkey to the TRNC will help pay salaries and cover the cost of the e-state data center, Oktay told a joint news conference alongside Ersan Saner, the TRNC's new prime minister, in his first visit abroad since taking the post earlier this month.

"There is good news about the salary of public employees to comfort the government and the Turkish Cypriots. We'll be transferring TL 800 million ($105 million) in cash," said Oktay, adding that this sum also covers the construction of a new data center.

Oktay also thanked Saner for his visit following the formation of the government on Dec. 9 and wished the new government success.

Oktay noted that the COVID-19 outbreak induced serious problems worldwide, including in the TRNC, but added, "Some of the areas where Cyprus is most competitive are education and tourism, so we want to implement work related to the opening of the airport as soon as possible within seven or eight months."

Saner said at the news conference, "Without Turkey's support, it is impossible for the TRNC to gain significant ground on international platforms or infrastructure and similar work in the country."

"So far, the guarantee that we will walk with you on the same path with faith and determination has made us very happy," he added.

Saner also thanked Turkey for its faith and resolute support of the Turkish Cypriot people.

Ersin Tatar, who served as TRNC prime minister before Saner's selection, was elected the country's president in October, leaving the premiership empty and triggering the need for a newly elected government.

Turkey, as a guarantor nation for the TRNC, is currently carrying out hydrocarbon exploration activities in the region. Ankara has consistently contested the Greek Cypriot administration's unilateral drilling activities in the Eastern Mediterranean, asserting that the TRNC also has a right to the region's resources.