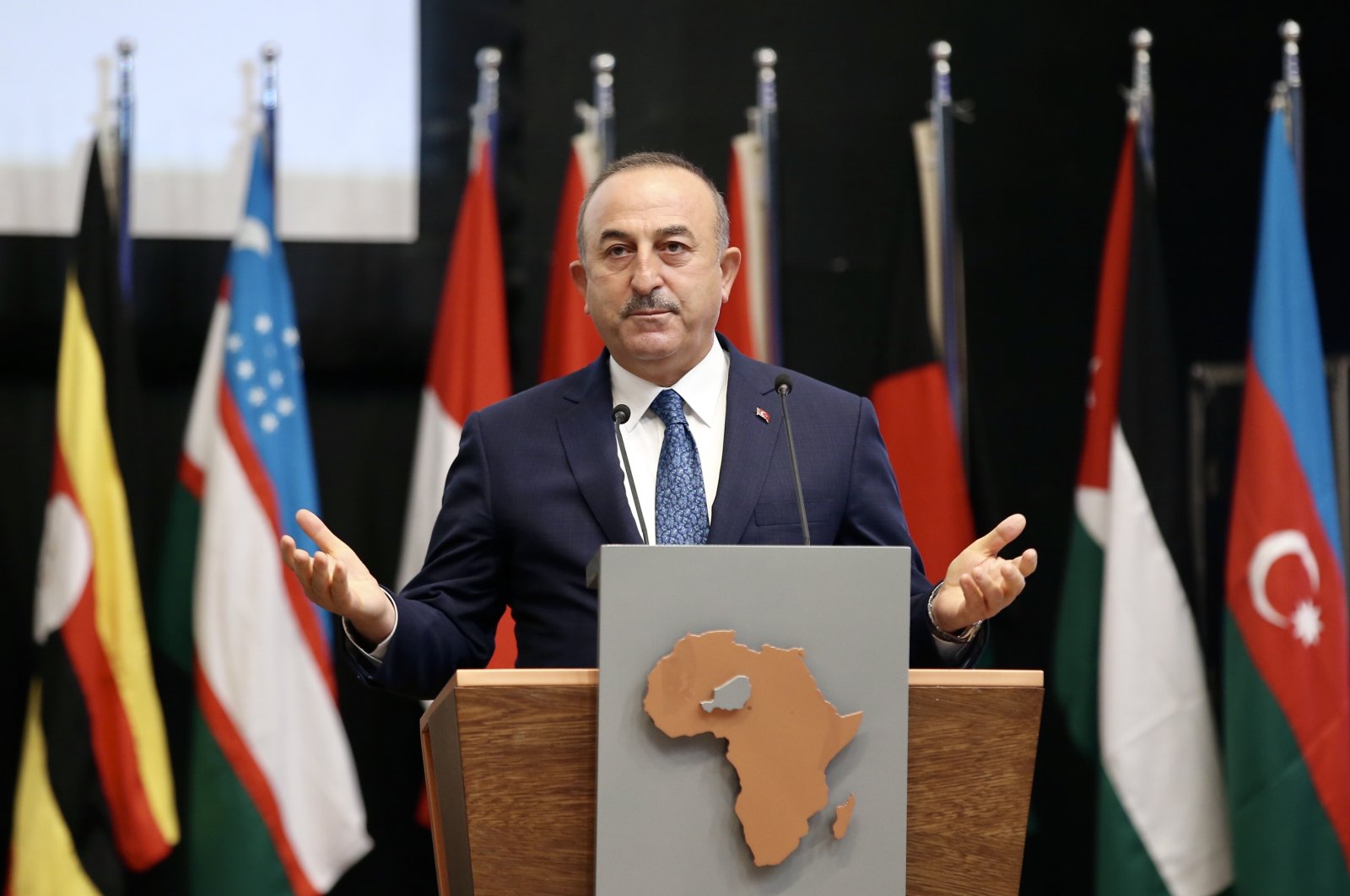 Turkey will continue to implement an entrepreneurial and humanitarian foreign policy in the field and at the table in 2021, Foreign Minister Mevlüt Çavuşoğlu said Saturday.

Çavuşoğlu's comments came during a presentation on the ministry's budget and structure as well as foreign policy goals and priorities at the Plan and Budget Commission of Parliament.

Turkey allocated more than TL 5.7 billion (more than $738 million) for central and overseas ministry representatives to carry out duties and responsibilities. A budget of TL 787 million is allocated for the EU Presidency, including TL 698 million for its participation in the National Agency and European Union (EU) programs and TL 42 million for the Turkish Accreditation Agency, according to the presentation.

Çavuşoğlu underlined that Turkey will continue to strengthen the institutional capacity of the ministry in line with the requirements of its foreign policy.

The intense work by representatives both domestic and abroad will continue next year to ensure that the nearly 7 million citizens living abroad, more than 5.5 million in Western European countries, have access to uninterrupted consular services, according to the top diplomat's presentation.

The Consular Call Center of the Foreign Ministry operates 24 hours a day, seven days a week in Turkish and five foreign languages, he said, adding that the ministry also created a database to track attacks motivated by discrimination, xenophobia, racism and Islamophobia against Turkish expats. The ministry will prepare annual reports on the development in those areas, especially in the West, and will continue to closely monitor legal processes regarding crimes.

Regarding fighting the pandemic in the context of global solidarity, Çavuşoğlu said that Turkey, which has also been negatively impacted not only in terms of health but economically and socially, supported its nationals facing hardships through its 248 representatives in foreign countries.

By conducting evacuation operations, the biggest in its history, Turkey brought back more than 100,000 citizens from 141 countries. Upon request for help from foreign countries, Turkey supported the evacuation of 37,682 foreigners from 91 countries between March and June, he said.

Çavuşoğlu highlighted that Turkey set itself apart from the rest of the world in terms of medical aid. Demands from 156 countries were met in the form of donations or purchases.

When it comes to its policies on partnership, Turkey will continue to share its experience, resources and political, social and cultural heritage with other countries, he said.