Turkey to offer any support for peace in Kazakhstan: FM Çavuşoğlu 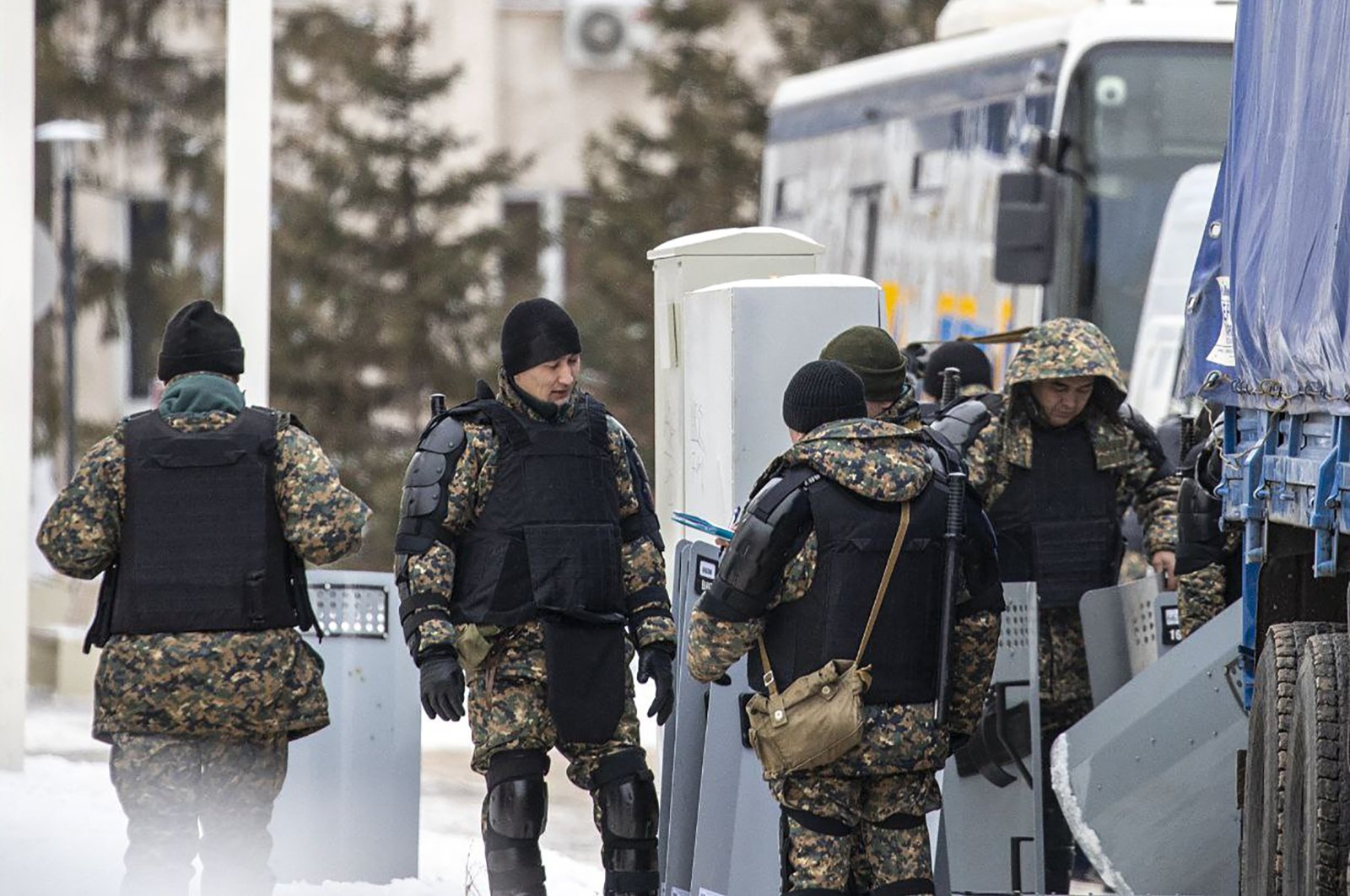 After protests in Kazakhstan over rising fuel prices erupted into widespread violence this past week, Turkish Foreign Minister Mevlüt Çavuşoğlu said on Sunday that he hopes Kazakhstan will attain stability, peace and tranquility as soon as possible. "For this, we will give all kinds of support as Turkey and the Organization of Turkic States," he emphasized.

In his speech at the ruling Justice and Development Party (AK Party) Ankara Provincial Office Consultation Camp held at a hotel in southern province Antalya's Belek Tourism Center, Çavuşoğlu said that determining the theme of the meeting as "The Age of Silent Revolutions" was the right choice.

"The future of the Turkish world is our concern. Here we worry about the developments in Kazakhstan, which we follow closely. Our president (Recep Tayyip Erdoğan), as the term president of the Organization of Turkic States, met with the president of Kazakhstan, in particular, and the heads of states of the member states. I also met with the foreign ministers, including the observer Hungary. On Tuesday, we will hold the foreign ministers' meeting," he said.

"We made our statements as Turkey and the Organization of Turkic States. Some say, 'Why didn't you hold this meeting before?' We would like to have done it on the first day, but Kazakhstan is a member of the Organization of Turkic States. Would it be right to hold a meeting without Kazakhstan? Impossible. Would you like to make a statement? Impossible. We also consulted with them," he added.

Foreign ministers of the Organization of Turkic States will hold an extraordinary meeting via videoconference on Jan. 11 to evaluate recent developments in Kazakhstan.

Çavuşoğlu stated that Kazakh Foreign Minister Mukhtar Tleuberdi said during their meeting, "I have to make a presentation to you at this meeting. I need time to make this presentation."

"Our hope is that Kazakhstan will reach stability, peace and tranquility as soon as possible. For this, as Turkey and the Organization of Turkic States, we will give all kinds of support. The problem of other member countries, namely the Turkic world, is our problem. The whole world saw this in the Karabakh victory," the Turkish top diplomat underlined.

Turkey has sought closer ties with Turkic-speaking Central Asian states such as Kazakhstan since the Soviet Union's collapse in 1991.

"We're ready to give any kind of help and support to our Kazakh brothers and sisters, should we receive a request," Akar said.

"Kazakhstan is an important ally of ours. There must be peace and order as soon as possible," he added.

It is not clear how many troops are being deployed under the force – which includes units from Russia, Belarus, Armenia, Tajikistan and Kyrgyzstan – but media in Moscow have said the Russian contingent is expected to number less than 5,000.

Welcoming support from Turkey and the Organization of Turkic States, Kazakhstan is currently striving to achieve calm and order with new reforms on the way after days of protests across the country, the nation's ambassador also highlighted.

As the unrest in Kazakhstan starts to ease, the country will engage in busy reforms in the socio-economic and political realms to address the concerns of the people while investigating the criminal acts and powers behind the recent incidents, the nation’s ambassador to Turkey, Abzal Saparbekuly, said Friday.

“In the general sense, the situation in all cities is calm. The people of Kazakhstan have seen that these protests, which started in a peaceful manner, have exceeded the limits in Almaty,” Saparbekuly told Daily Sabah in an exclusive interview, indicating that widespread looting, attacks and storming of administrative buildings have taken place during the unrest.

Long seen as one the most stable of the ex-Soviet republics of Central Asia, energy-rich Kazakhstan is facing its biggest crisis in decades after days of protests over rising fuel prices escalated into widespread unrest.

The focus of the protests in the oil and gas-rich former Soviet republic has been on Almaty, located in the southeast of the country, in recent days. Almaty is Kazakhstan's economic epicenter and biggest city.

Protesters stormed government buildings and fought running battles with police and the military, with officials saying 748 security officers were wounded and 18 killed. However, Kazakhstan's President Kassym-Jomart Tokayev said Friday that constitutional order had been mainly restored.