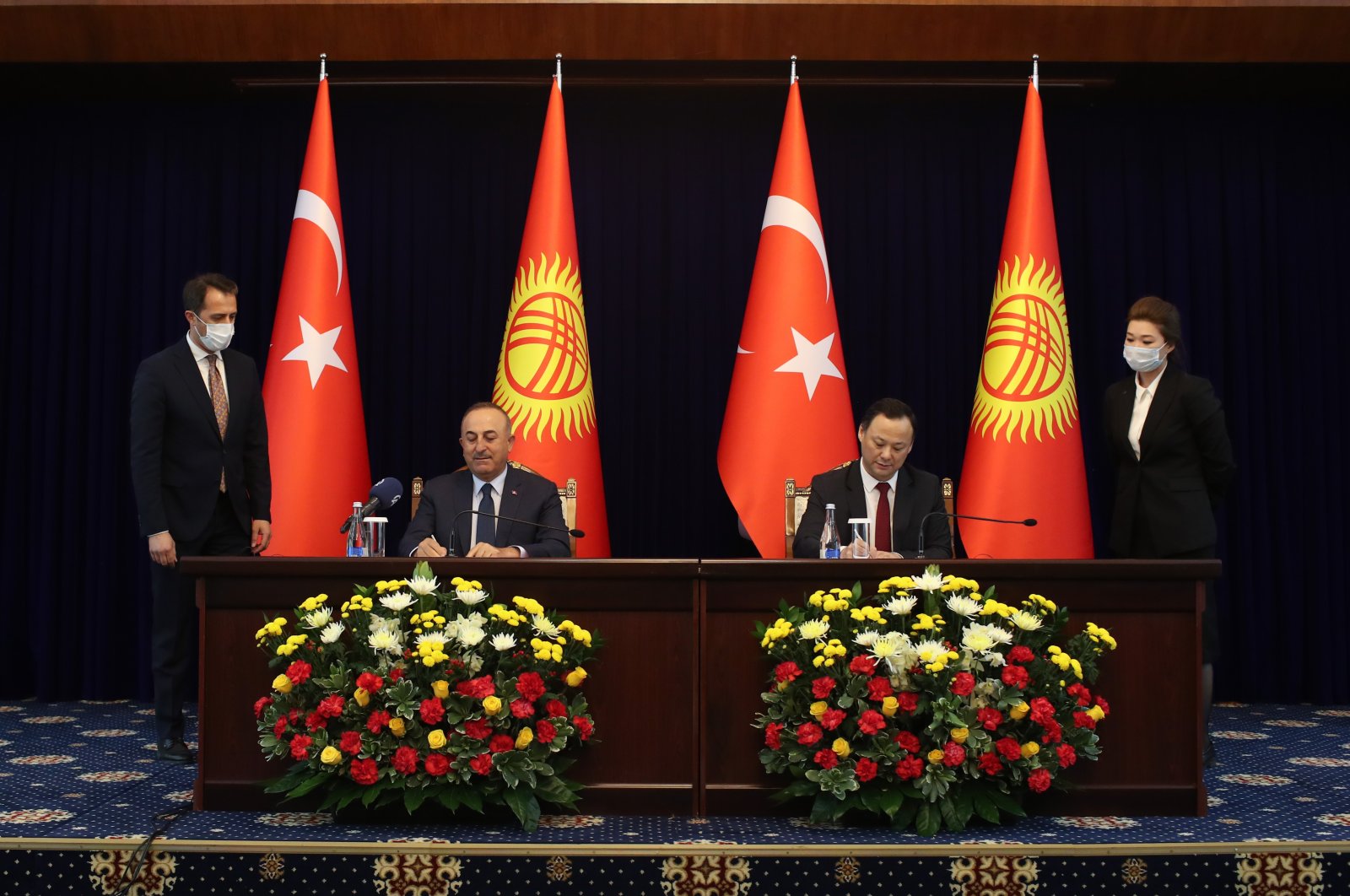 "The Maarif school will be the first Maarif Foundation school to open in Central Asia. This is a sign of the importance we place on Kyrgyzstan," Mevlüt Çavuşoğlu said in a joint press conference in the Kyrgyz capital Bishkek with his counterpart Ruslan Kazakbaev.

The schools that the Maarif Foundation will replace allegedly had links with the Gülenist Terror Group (FETÖ), which Çavuşoğlu said, is a threat not only for Turkey but also for Kyrgyzstan.

For his part, Kazakbaev underlined that Kyrgyzstan and Turkey are two brotherly countries with no political problems between them.

The Turkish government set up the Maarif Foundation soon after the 2016 defeated coup, orchestrated by FETÖ, in order to administer overseas schools linked to the group. Over the last five years, the foundation has also established schools and education centers around the world, from Africa to Asia.

The Maarif Foundation has become an important worldwide educational brand in the few years since it set out to expand Turkey’s clout in the sector. It is now active in 43 countries with 353 schools and dormitories, from simple education centers to universities, that cater to 41,989 students.

Since its establishment, the state-backed foundation has contacted 104 countries and set up missions in 67. So far, 19 nations have handed over control of 214 FETÖ-linked schools to Maarif; from Afghanistan to Chad, from Gabon to Tunisia and from Venezuela to Iraq. It also signed protocols with 37 countries both for the takeover of FETÖ-linked schools and the establishment of new schools. In 23 nations, including the United States, Albania, Australia, Bosnia and Herzegovina, Burundi, Djibouti, Hungary and Tanzania, the Turkish Maarif Foundation established new schools.

FETÖ and its U.S.-based leader Fetullah Gülen orchestrated the defeated coup in Turkey, which left 251 people killed and nearly 2,200 injured. FETÖ also has a considerable presence outside Turkey, including private schools that serve as a revenue stream for the terrorist group. The terror group was behind a long-running campaign to overthrow the state through the infiltration of Turkish institutions, including schools, the military and police.

Speaking to reporters, Çavuşoğlu also evaluated his recent visits to Turkmenistan and Uzbekistan before Kyrgyzstan as part of his Central Asia tour.

The top diplomat said his visits were not only "highly beneficial" but also friendly and result-oriented.

Noting that the meetings in both countries were held in an "extremely sincere" environment, Çavuşoğlu said: "For the unity, solidarity and cooperation of the Turkic world, we have seen them [the host countries] very sensitive and constructive, especially in matters related to energy, trade corridors and transportation."

"I would like to note that while the visit was sincere on the one hand, it was result-oriented and extremely beneficial on the other," he added.