Turkey to stand by Azerbaijan in its 'just cause': Akar 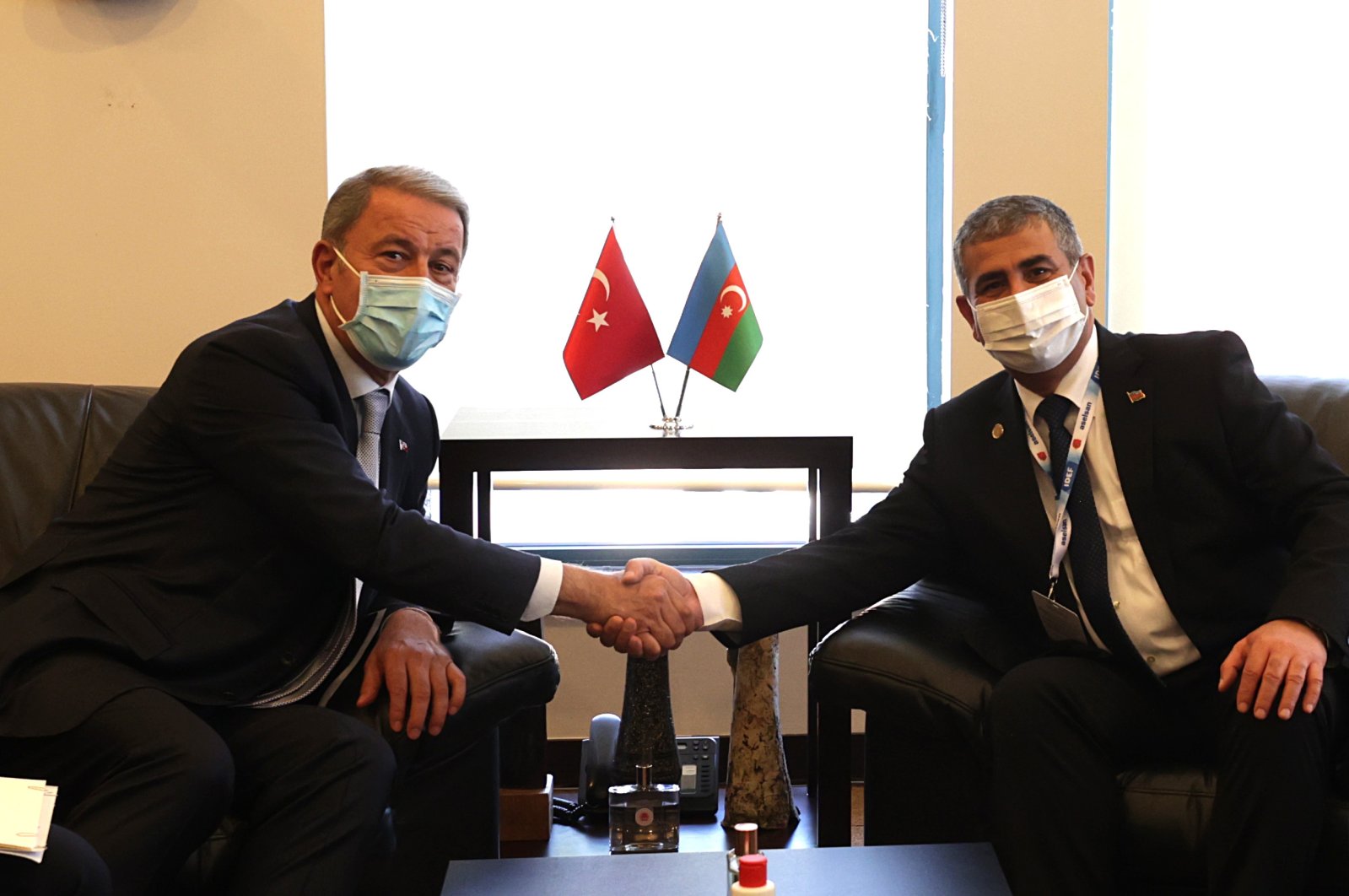 Turkey will continue to stand by Azerbaijan in its "just cause," Defense Minister Hulusi Akar said Tuesday referring to the country's rivalry with its neighbor Armenia over the region of Nagorno-Karabakh.

Akar met with his Azerbaijani counterpart Zakir Hasanov in Istanbul, on the sidelines of the 15th International Defense Industry Fair, one of the world's largest global defense events.

Bilateral relations, regional defense and security cooperation were discussed at the meeting that was held in a warm and friendly atmosphere.

Also on the agenda were harassment and attacks by Armenia on the border with Azerbaijan. Akar stressed that Turkey would continue to stand by Azerbaijan in its "just cause."

Spotlighted during the fair were Turkish drones, which many observers have credited with helping Azerbaijan liberate occupied land from Armenia last fall.

A joint Turkish-Russian center was established to monitor the truce. Russian peacekeeping troops have also been deployed to the region.

Despite a Nov. 10 deal last year ending the conflict, the Armenian army several times violated the agreement and killed several Azerbaijani soldiers and a civilian, and wounded several others, according to the Azerbaijani Defense Ministry.

During the meeting, which focused on bilateral and regional defense and security issues, Akar underlined the importance of the 500-year brotherhood between the two countries.

Turkey will continue to stand by the Libyan people in their just cause with the understanding that "Libya belongs to the Libyans," said Akar.

In fall 2019, Turkey and Libya signed a security cooperation agreement.

Turkey also stood with Libya's internationally-recognized Government of National Accord (GNA) in its fight against the eastern-based illegitimate forces of putschist Gen. Khalifa Haftar.