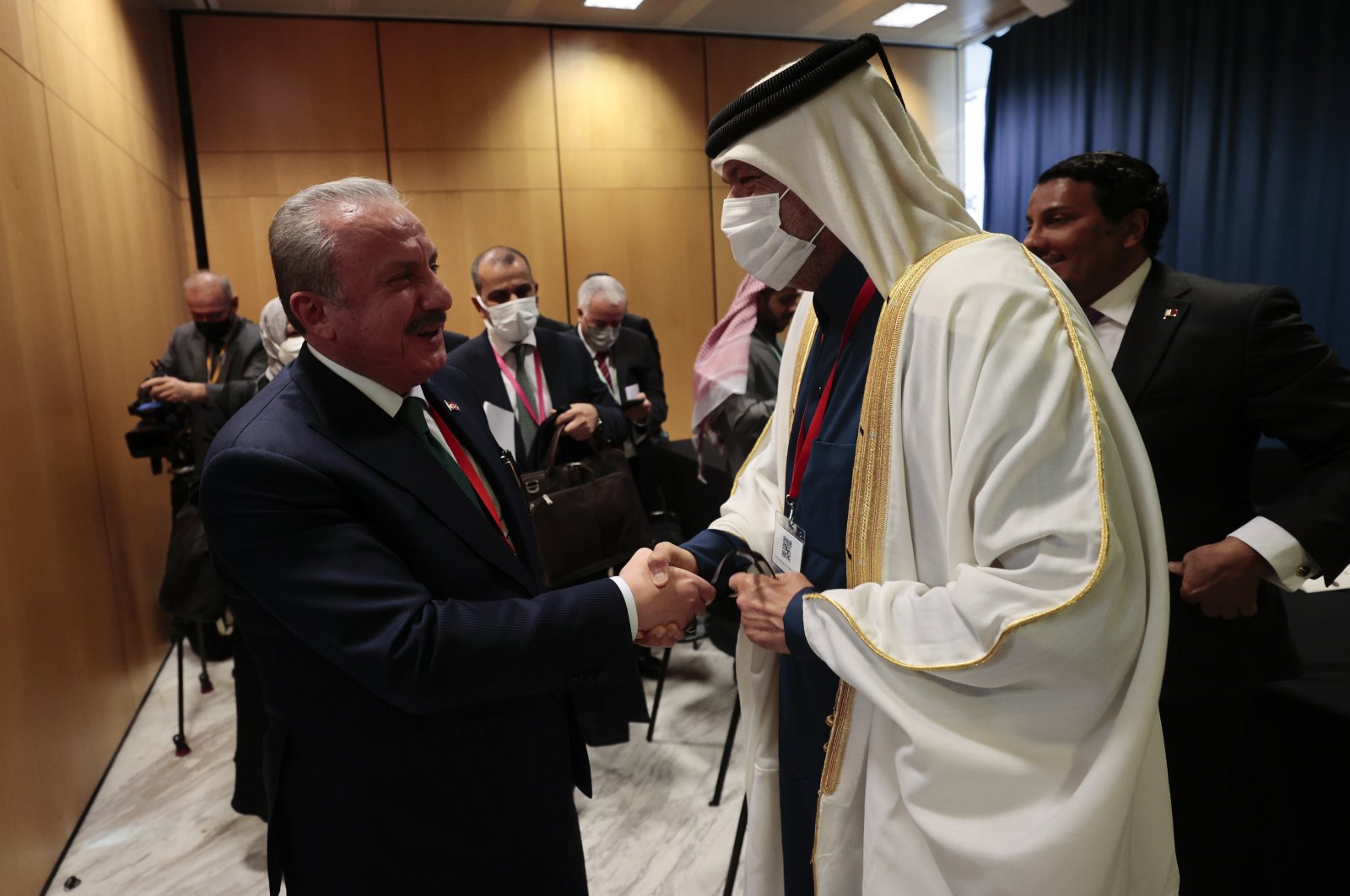 Şentop had a meeting with Qatar’s Shura Council Speaker Hassan bin Abdullah Al-Ghanim in Madrid where he came to attend the IPU. Şentop said in his speaking at the meeting: “I truly believe that the cooperation between our parliaments showing the common will of our friendship and fraternity will be carried forward in the future. The common political will of both Turkish and Qatari leaders lifts their relationship to a perfect level.”

"We attribute great importance to the high-level dialogues that have recently been re-established between the countries of the region. Also, we attach importance to the solidarity we display on international platforms, and to the continuation of the efforts to ensure security and to establish peace and stability in our region,” said Şentop, adding that the seventh meeting of the High Strategic Committee scheduled for Dec. 7 with the participation of Turkey and Qatar will once again demonstrate the friendship between the two countries.

Şentop emphasized that Turkey always supports Qatar's views and goals in regional and international issues and noted that: “Qatar’s understanding of cooperation contributes to security and stability in the Gulf region. While Asia has become more important in international politics, the Asian Parliamentary Assembly (APA) offers an institutional platform for strengthening relations and cooperation between the parliaments of this geography.”

He said Turkey to support in every way to Qatar during the term presidency of APA, adding that Qatar's term presidency will make a great contribution to the APA and parliamentary diplomacy between Asian Parliaments. Mentioning the security and stability of the Gulf region is of key importance for Turkey, Şentop said Turkey “as the strategic partner of the Gulf Cooperation Council (GCC) welcomes the stage reached between the Arab Quartet and Qatar.”

“Turkey will support all efforts towards a comprehensive settlement of conflicts based on mutual respect for the sovereignty of nations," said Şentop, noting Turkey’s recent high-level contacts with Saudi Arabia, the United Arab Emirates (UAE) and Bahrain.

“We hope these contacts continue increasing. We are ready to develop our cooperation with GCC beyond Gulf countries,” he added.