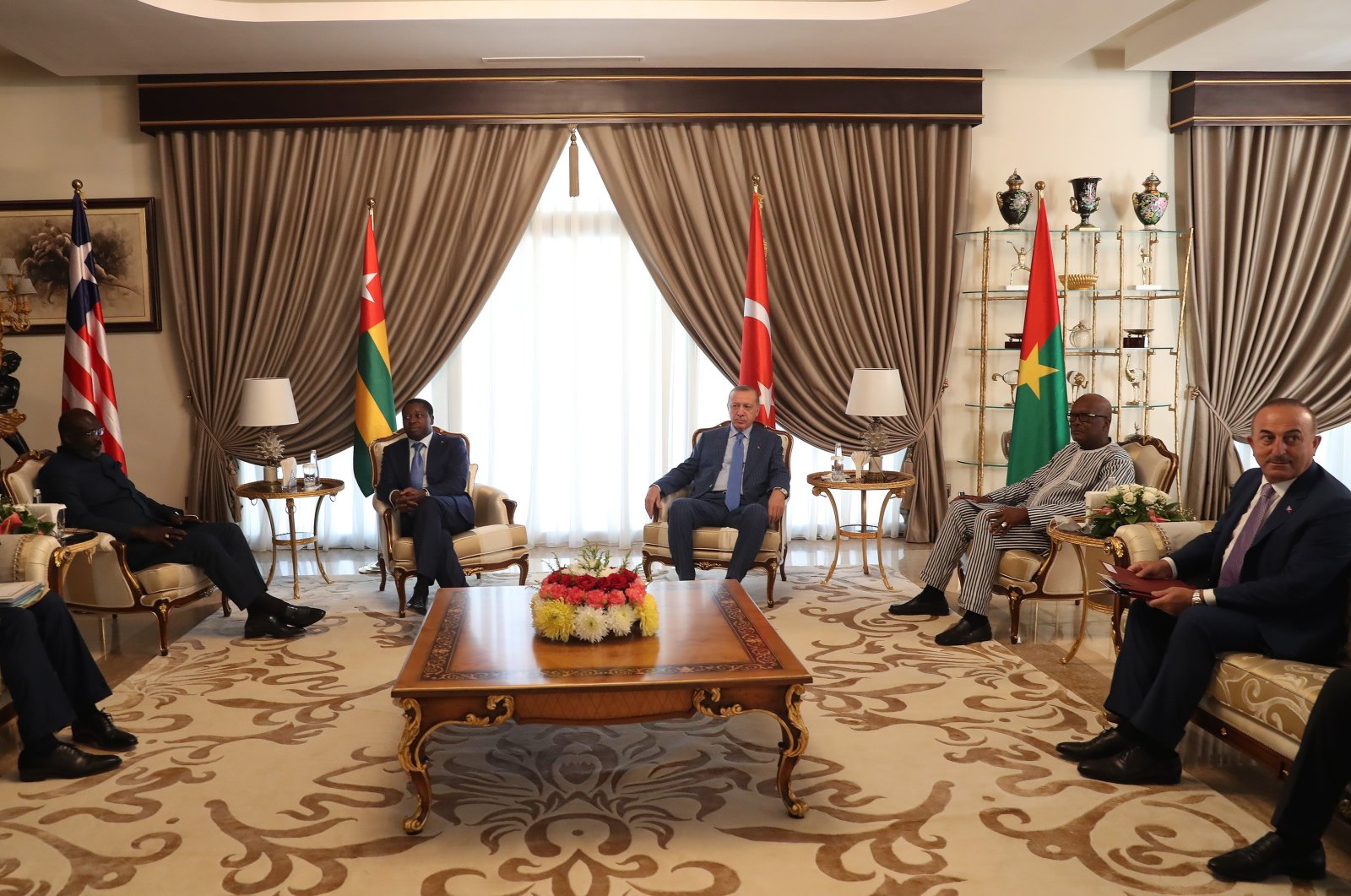 The presidents of Turkey, Togo, Liberia and Burkina Faso pledged to fight terrorism, underlining that no distinctions will be made amongst terrorist groups like Daesh, al-Qaida, the Gülenist Terror Group (FETÖ) and Boko Haram in the fight.

According to the statement, the four presidents exchanged views on issues of common interest related to challenges arising from the fields of security, health, climate and development as well as cooperation between Turkey and African countries.

The leaders called on the international community to show greater solidarity, commitment and support so African countries can intensify their efforts in the fight against the COVID-19 pandemic while avoiding the risk of the emergence of new variants. Developed countries were invited to fulfill their promises, particularly when it came to vaccine access.

Addressing the security issue, the four presidents underlined that terrorism poses the greatest threat to peace and stability in Africa and the world.

The leaders strongly condemned the terrorist attacks in Burkina Faso, Mali, Niger, Nigeria and Chad and expressed their solidarity with the countries and their peoples.

Erdoğan’s tour is seen as part of the country's African policy to contribute to the economic and social development of the continent to promote peace and stability, as well as to develop bilateral relations on the basis of equal partnership and mutual benefit.

The president has officially visited 28 African countries to date and is now touring Angola, Nigeria and Togo. This trip is the first official visit from Turkey at the presidential level to Angola.

Turkey's recent close contact with Africa continues to strengthen and despite the ongoing pandemic, Erdoğan hosted six African leaders over the summer term. In this process, Erdoğan also carried out telephone diplomacy with nine African leaders.

The presidents emphasized the need to take decisive steps to combat global piracy, especially in the Gulf of Guinea.

President Erdoğan reaffirmed his resolute commitment to peace and stability in Africa and Turkey's commitment to its troops deployed on the continent under U.N. missions.

The Turkish leader noted that his country's presence in Africa is not only based on mutually beneficial economic and commercial goals but that it also helps meet Africa's development needs by providing technical assistance on projects in many sectors.

As part of the upcoming U.N. Climate Change Conference (COP26) in Glasgow, the four presidents called on industrialized countries to increase and implement their commitments and action by significantly contributing to the reduction of greenhouse gas emissions and promoting renewable energy.

On cooperation, the leaders acknowledged the remarkable progress and strength of the Turkish economy, which has justified Turkey's role as a strategic partner for Africa and made it an important actor on the international stage.

The presidents noted that the volume of trade in Africa has more than tripled in 10 years of cooperation, despite obstacles due to the coronavirus pandemic.

They also emphasized that despite the pandemic, growth prospects in Africa are promising, adding all of these aspects contribute to the strengthening of the partnership with Turkey and making it more equitable and resilient in the current context.

In order to achieve these goals, he emphasized Turkey's desire to make Africa a preferred investment partner, with a presence in most countries to support and strengthen peace, stability and economic ties while creating opportunities for trade and industry.

The heads of state welcomed the third edition of the Turkey-Africa Economic and Business Forum and the third Turkey-Africa Partnership Summit, which will be held in Istanbul on Oct. 21-22 and Dec. 17-18, 2021, respectively, for a fairer, united world. Thus, President Erdogan's message of "a fairer world together" was also included in an international statement.

The Lome meeting was held in an atmosphere of brotherhood and perfect understanding, with the four presidents agreeing to strengthen the channels of communication amongst their countries to exchange views more frequently.

The presidents of Burkina Faso, Liberia and Turkey expressed their deep appreciation and gratitude to Faure Gnassingbe, the government and the people of Togo for the warm and fraternal welcome they and their delegations received.

The statement was signed in Lome.