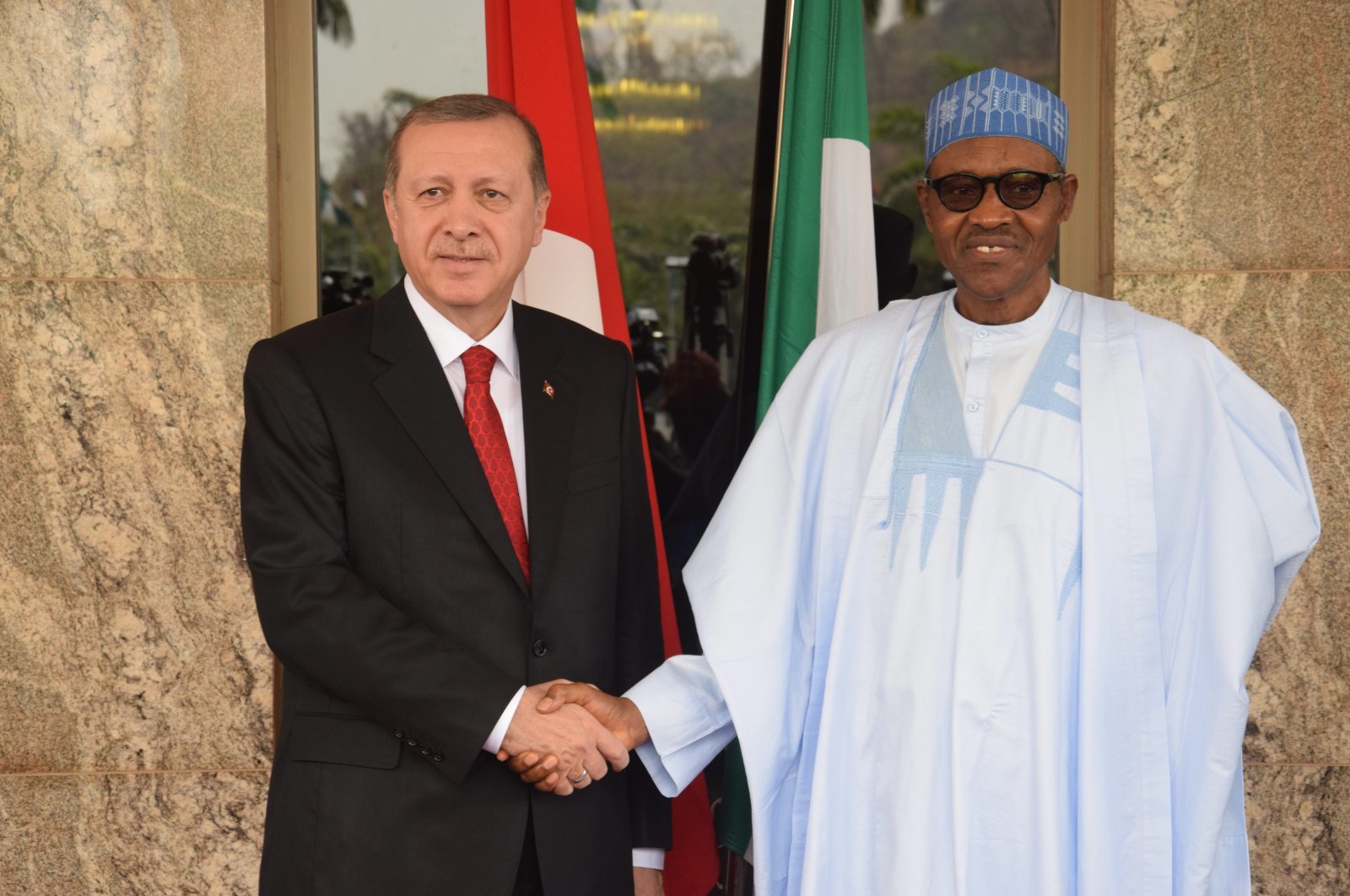 President Recep Tayyip Erdoğan will leave on Sunday for a four-day diplomatic tour to three African countries as part of the country's African policy to contribute to the economic and social development of the continent with peace and stability, as well as to develop bilateral relations on the basis of equal partnership and mutual benefit.

The president has officially visited 28 African countries to date, and will now tour Angola, Nigeria and Togo.

According to sources, Erdoğan is expected to meet his Angolan counterpart Joao Lourenco as well as attend a forum with businesspeople from both countries.

Steps will be taken to harness the true potential of the two countries' relations during the talks, which will include bilateral economic and regional developments. Three agreements in the fields of hydrocarbons, mining and energy are also expected to be signed.

Nigeria is Turkey's top trading partner in sub-Saharan Africa with a trading volume of $754 million in 2020, which is expected to rise to more than $1 billion.

The fight against the Gülenist Terror Group (FETÖ), the group behind the 2016 defeated coup in Turkey, will also be discussed during the Turkish president's visit.

This will include a request to transfer FETÖ schools that continue to operate in several parts of Nigeria to the Turkish Maarif Foundation.

Togo will be Erdoğan's last stop, where he will discuss ways to improve bilateral relations and expansion of bilateral trade, which was $150 million in 2020.

Turkish Airlines offers flights to 60 different destinations across 39 African countries while the Turkish International Cooperation and Development Agency (TIKA) has nearly 30 coordination centers in the continent. The Foreign Economic Relations Board (DEIK) has joint business councils with more than half of the nations in Africa.