Turkey, Turkmenistan to further cooperation in all fields 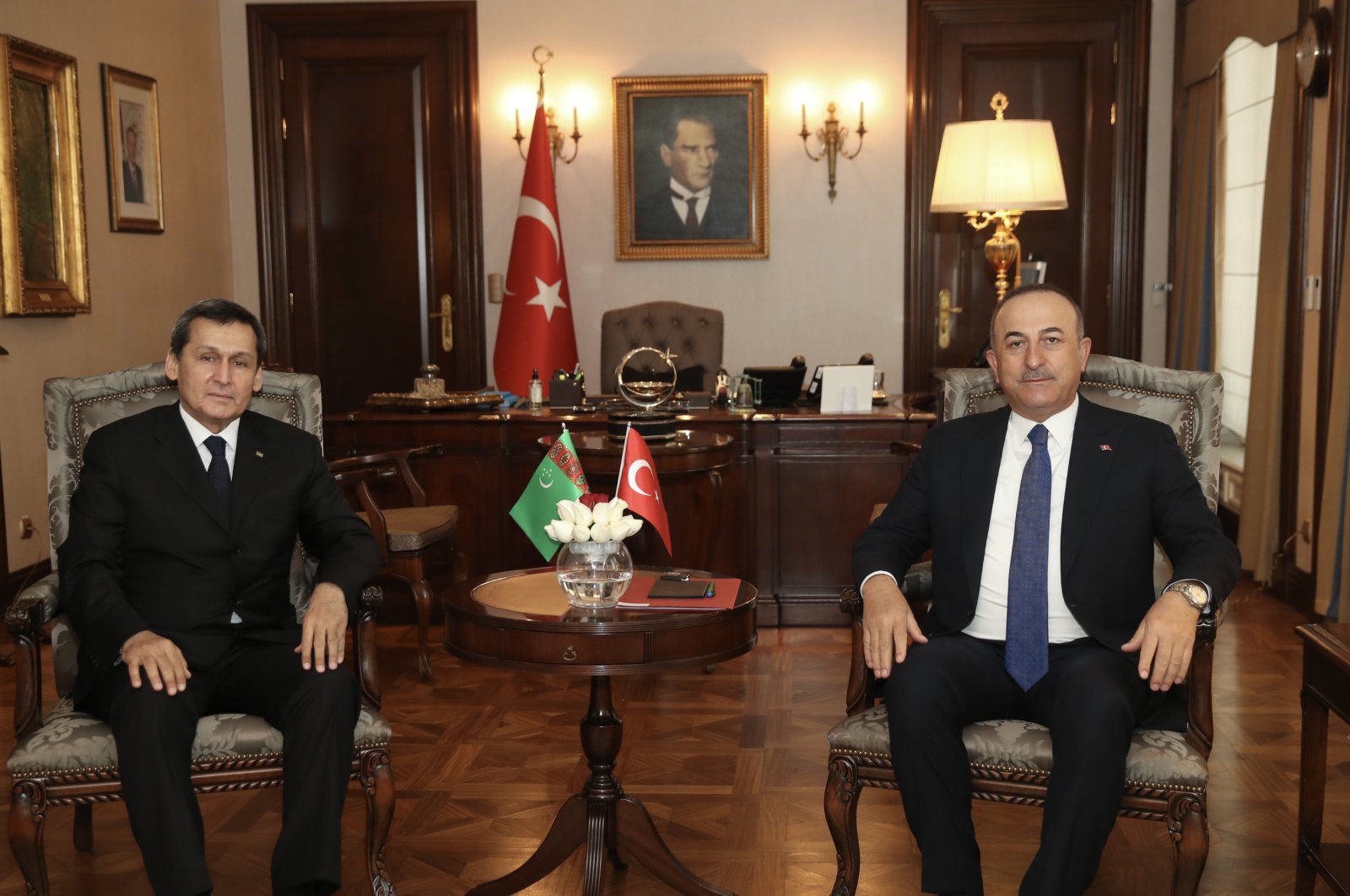 Turkey and Turkmenistan will further their cooperation in all fields including politics, economy and energy, Foreign Minister Mevlüt Çavuşoğlu stated Tuesday.

Speaking during a joint press conference with his Turkmen counterpart Rashid Meredov, Çavuşoğlu indicated that this year was the 30th anniversary of Turkmenistan’s independence and touched upon the deep historical and cultural ties between the two countries.

The two ministers during their meeting in Ankara signed a cooperation agreement for 2021 and 2022 and vowed to enhance relations in all fields.

Indicating that President Recep Tayyip Erdoğan wants to pay an official visit to Turkmenistan upon Turkmen President Gurbanguly Berdimuhamedov’s invitation, Çavuşoğlu said that Turkey within this scope aims to hold the next Turkey, Azerbaijan, Turkmenistan summit in Turkmenistan.

Çavuşoğlu stated that the bilateral trade volume increased despite the pandemic and that the two countries will continue to revive inter-governmental economic commissions as well as business councils and forums.

Central Asian countries, where Turkish investors took great interest in the past, have started to reverse investments in Turkey.

The two countries have high-level relations on trade and economy, Meredov said, adding that the trade volume between Turkey and Turkmenistan amounted to $2 billion in 2020, which is "not bad, considering the pandemic conditions."

Turkey’s top diplomat also welcomed the recent agreement between Azerbaijan and Turkmenistan on hydrocarbon sources in the Caspian Sea.

The agreement on the joint exploration of the once-disputed section of the undersea hydrocarbons field was signed in the Turkmen capital, Ashgabat, between Azerbaijani Foreign Minister Jeyhun Bayramov and Meredov.

“Turkey is ready to do its part to bring Turkmenistan's natural gas through Turkish soil to Europe,” Çavuşoğlu underlined.

He also spoke on the recently liberated Nagorno-Karabakh region of Azerbaijan, indicating that regional stability and peace will have a significant contribution to energy cooperation fields.

“There is an opportunity for stability with the restoration of Nagorno-Karabakh. Armenia will also benefit from this. We expect Armenia to act bearing this in mind,” Çavuşoğlu added.

He stated that Turkic countries will contribute to the restoration of the area.

Later in the day, the fifth trilateral foreign ministers meeting will be held with the participation of Bayramov, Çavuşoğlu and Meredov.

The fourth edition of the meeting was held in Azerbaijan's capital Baku in 2017.

Turkey is the first country that recognized Turkmenistan in 1991 following the dissolution of the USSR. Ankara opened its embassy in Ashgabat the following year in February. Furthermore, Erdoğan had paid his first presidential visit to Turkmenistan on Nov. 6-7, 2014.

Meredov similarly hailed bilateral relations with Turkey, saying that he aims to further cooperation also in the fields of diplomacy and politics. He stated that both countries would continue cooperation in international organizations and programs including in the United Nations and the Organization of Islamic Cooperation.

Nagorno-Karabakh is entering a new period marked by construction and infrastructure work that will reshape the outlook of the region. Currently, the majority of the liberated land has the appearance of "ghost towns" as it suffered heavy damage during and after the occupation.

Following the 44-day conflict launched back in September 2020, as Azerbaijan declared a definite victory, Armenian forces left the region after vandalizing houses and looting everything they could on their way out. Now, it is difficult to have a building in the cities of Nagorno-Karabakh, including Jabrayil, Fuzuli and Lachin, other than piles of stones.