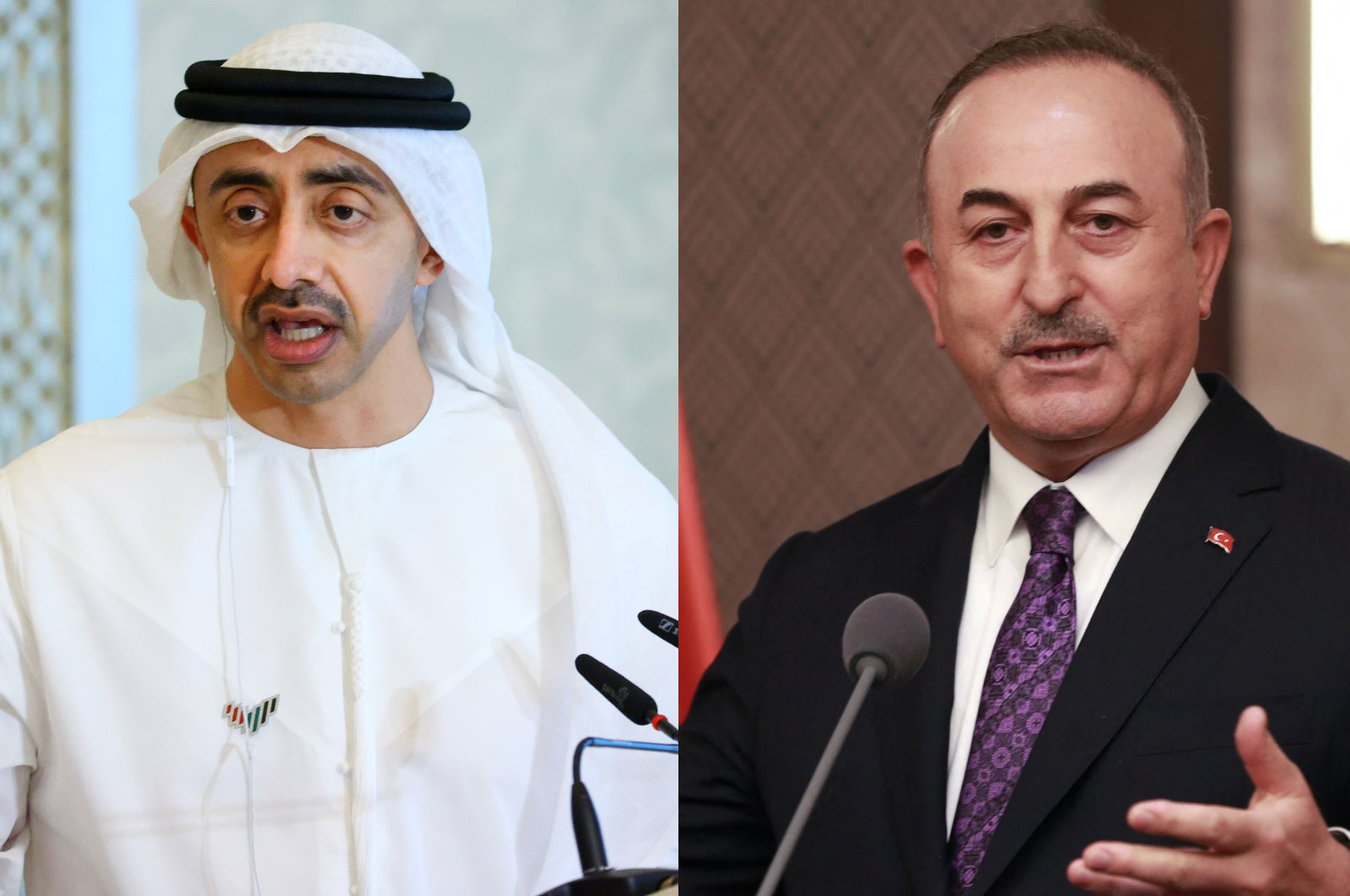 During the call, Çavuşoğlu and Sheikh Abdullah bin Zayed bin Sultan Al Nahyan welcomed the holy Islamic month of Ramadan, said the sources on condition of anonymity due to restrictions on speaking to the media.

In January, a former top diplomat of the Emirates, Anwar Gargash, said that the UAE wants to normalize ties with Turkey.

"What we want to tell Turkey is, we want to normalize our relations within the framework of mutual respect for sovereignty," he said.

Noting that there are no grounds for problems between the nations, Gargash urged Ankara to end its "support to the Muslim Brotherhood and restore its relations" with the Arab world.

Days after ties were normalized between Qatar and Saudi Arabia, the UAE, Bahrain and Egypt, Gargash said the UAE is Turkey's No. 1 trade partner in the Middle East, adding: "We don't cherish any feuds with Turkey."

Relations between Turkey and the UAE have hit an all-time low, and President Recep Tayyip Erdoğan has said that Ankara could suspend diplomatic ties with the Abu Dhabi administration after the UAE-Israel deal.

The UAE is a part of a Saudi-led coalition in Yemen that launched a devastating air campaign to roll back Houthi territorial gains in 2015, further escalating the crisis in the war-torn country. In Libya, Abu Dhabi backs putschist Gen. Khalifa Haftar and seeks to oust the legitimate U.N.-recognized Government of National Accord (GNA). In Syria, it supports the Bashar Assad regime in its offensive against democracy and civil rights. Turkish officials have also accused the UAE of offering financial and logistical support to the PKK terrorist group, which carries out attacks on Turkey.

In August, Turkey's National Intelligence Organization (MIT) revealed that the UAE, in cooperation with Israel, was going to try to destabilize Turkey, Iran and Qatar. MIT added that UAE spy Mohammed Dahlan, who maintains contact with certain recently established media outlets in Turkey, is on its wanted list for channeling funds to these organizations.

Last year, Turkey also revealed that the Emirati spy network has been operating across the country.