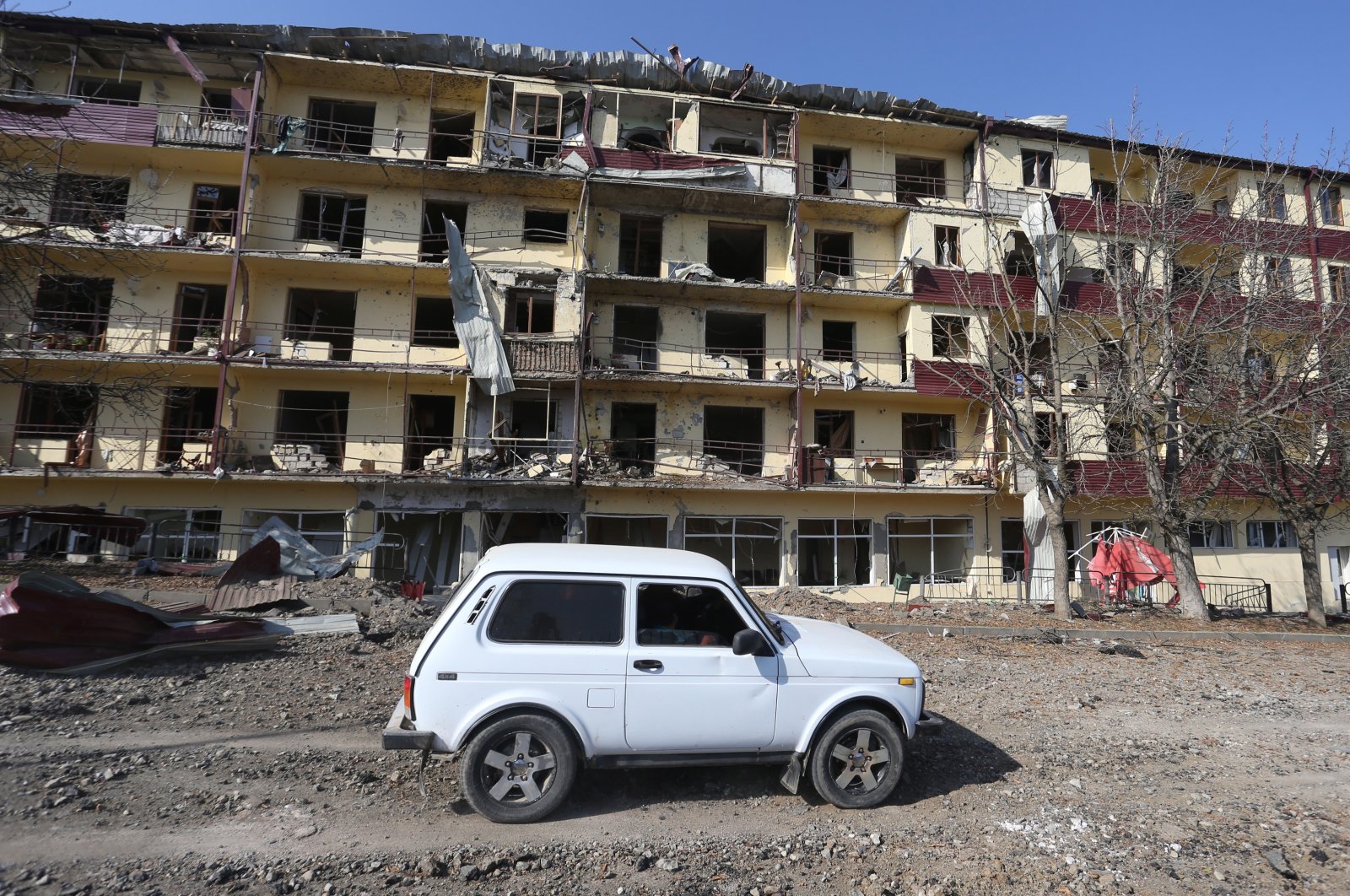 The United Nations Human Rights Council’s “baseless claims” on the use of Syrian fighters in the Nagorno-Karabakh conflict between Azerbaijan and Armenia are completely disconnected from reality and damage the organization’s credibility, the Turkish Foreign Ministry stated Friday.

“The reason why this fake news was circulating is Armenia’s effort to create the perception that it is allegedly a ‘victim country fighting against international terrorism’ and to divert attention from its illegal occupation,” the ministry said in a written statement.

“It was proven that Armenia recorded members of the Syrian National Army and published this as alleged evidence on the internet. These fake videos and words of persons who were made to speak in return for money have neither credibility nor validity,” it added.

The ministry said releasing the report based on fake footage and news without waiting for Turkey’s views damaged the U.N.’s credibility, adding that it expected the body to refrain from biased and misleading statements and conduct its work transparently while consulting all relevant parties.

The Foreign Ministry’s statement came after the U.N. Human Rights Council wrote Wednesday that there were widespread reports that “the Government of Azerbaijan, with Turkey’s assistance, relied on Syrian fighters to shore-up and sustain its military operations in the Nagorno-Karabakh conflict zone.”

On the other hand, the ministry said that the report indicating that Armenia used foreign fighters in the conflict was a positive step though insufficient.

The ministry underlined that it is known that Armenia positioned YPG/PKK terrorists in Nagorno-Karabakh, noting that even Armenian Prime Minister Nikol Pashinian admitted that a large number of ethnic Armenians from its diaspora participated in the fighting.

“We would expect special rapporteurs to investigate this information and footage, which can be found in open sources, in a more detailed manner,” the ministry said.

The statement also pointed out that while deliberate attacks on civilians were mentioned in the report, it was intentional negligence that Armenia was not stated as the perpetrator.

Baku and Yerevan signed a Russian-brokered agreement on Nov. 10 to end the fighting that erupted in September and work toward a comprehensive solution.

HRW last month urged Armenia to stop using internationally banned weapons amid clashes with Azerbaijan and described the act as a “flagrant disregard for civilian life and international law.”

“Armenian forces either fired or supplied internationally banned cluster munitions and at least one other type of long-range rocket used in an attack on the city of Barda, 230 kilometers (143 miles) west of Azerbaijan’s capital Baku on Oct. 28,” the rights group said.