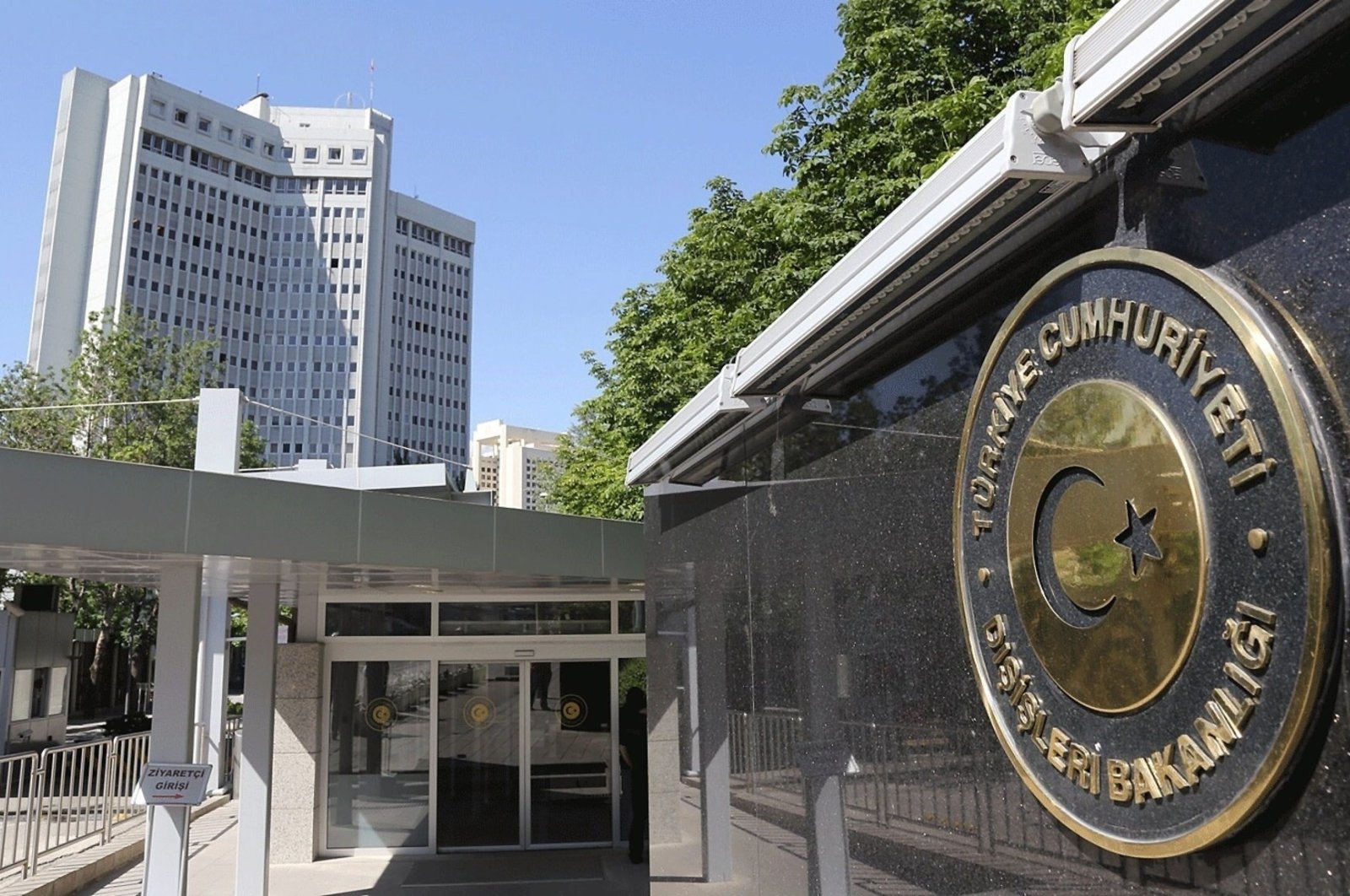 Turkey's Foreign Ministry late Tuesday called on Greece to take necessary action following reports of the discovery of a Muslim cemetery from the Ottoman era in the Chalkidiki region of the country.

In a written statement, the ministry said following the press coverage of the cemetery, which was discovered during the construction of a gymnasium in the garden of a school in Simandra village, Turkey's consulate general to Thessaloniki visited the village and an immediate demarche was made requesting further information.

"As a result of our initiatives, it was learned that 201 tombs belonging to our ancestors were found in the said construction site, but the corpses were kept by the local authorities in the warehouse of the Ephorate of Antiquities of Chalcidice and Mount Athos without any notice to our country," it said.

Summoning the Greek ambassador in Ankara to the ministry, the necessary demarches were made to the Greek Foreign Ministry by the Turkish ambassador in Athens in which they "request an explanation about the absence of a notice to our country regarding the aforementioned tombs, the immediate cease of the construction work at the site, the burial of the retained relics in accordance with Islamic beliefs and with a ceremony in the area where they had been found, and an indication of the burial area as a Muslim cemetery."

Greece was under the rule of the Ottoman Empire for centuries, until 1829 when the Greek population succeeded in gaining independence from the empire. At the time, there were many mosques, tombs and other remnants of Ottoman architecture all over Greece. However, the riots and independence triggered a wave during which all Ottoman architecture was damaged or removed.