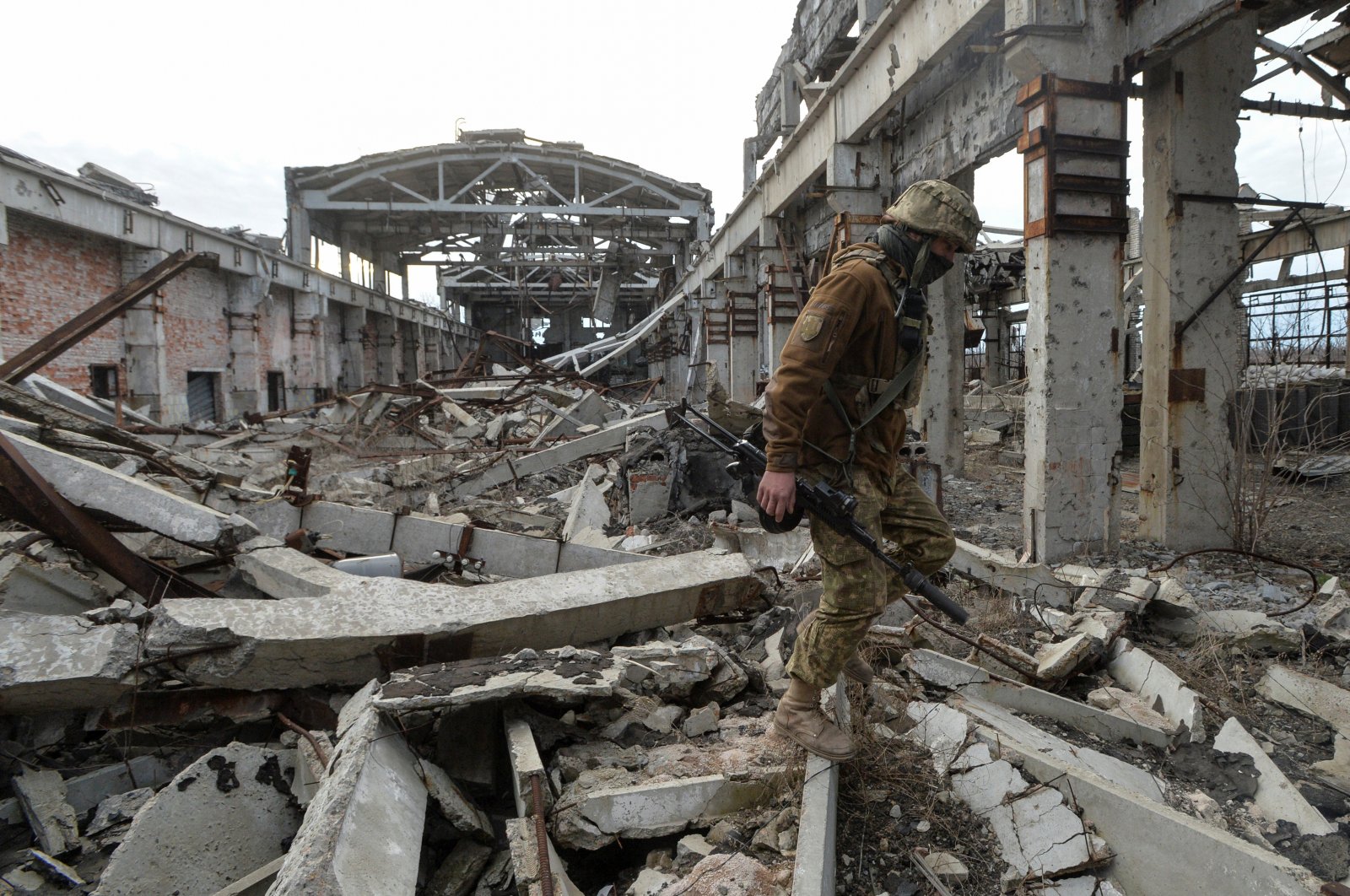 A service member of the Ukrainian armed forces walks near fighting positions on the line of separation outside Donetsk, Ukraine, April 11, 2021. (Reuters Photo)
by Anadolu Agency Apr 11, 2021 6:54 pm

"Turkey defends Ukraine's territorial integrity and the rights of Crimean Tatars and supports the settlement of the problems between Russia and Ukraine through negotiations," Kalın said on Twitter.

"All kinds of tensions and conflicts in the Black Sea and the region are to the detriment of everyone," he added.

Erdoğan urged a de-escalation of tensions in Ukraine and said Turkey desires a "peaceful" Black Sea.

"Our main goal is that the Black Sea continues to be a sea of peace, tranquility, and cooperation," he added.

The two countries vowed to strengthen their strategic partnership, according to a 20-item joint declaration released after the 9th meeting of the High-Level Strategic Council.

Tension in the region is high and the U.S. has said that Russia is amassing its forces on Ukraine's eastern border at a level unseen since 2014 when it seized Ukraine's Crimean Peninsula and annexed it in violation of international law.