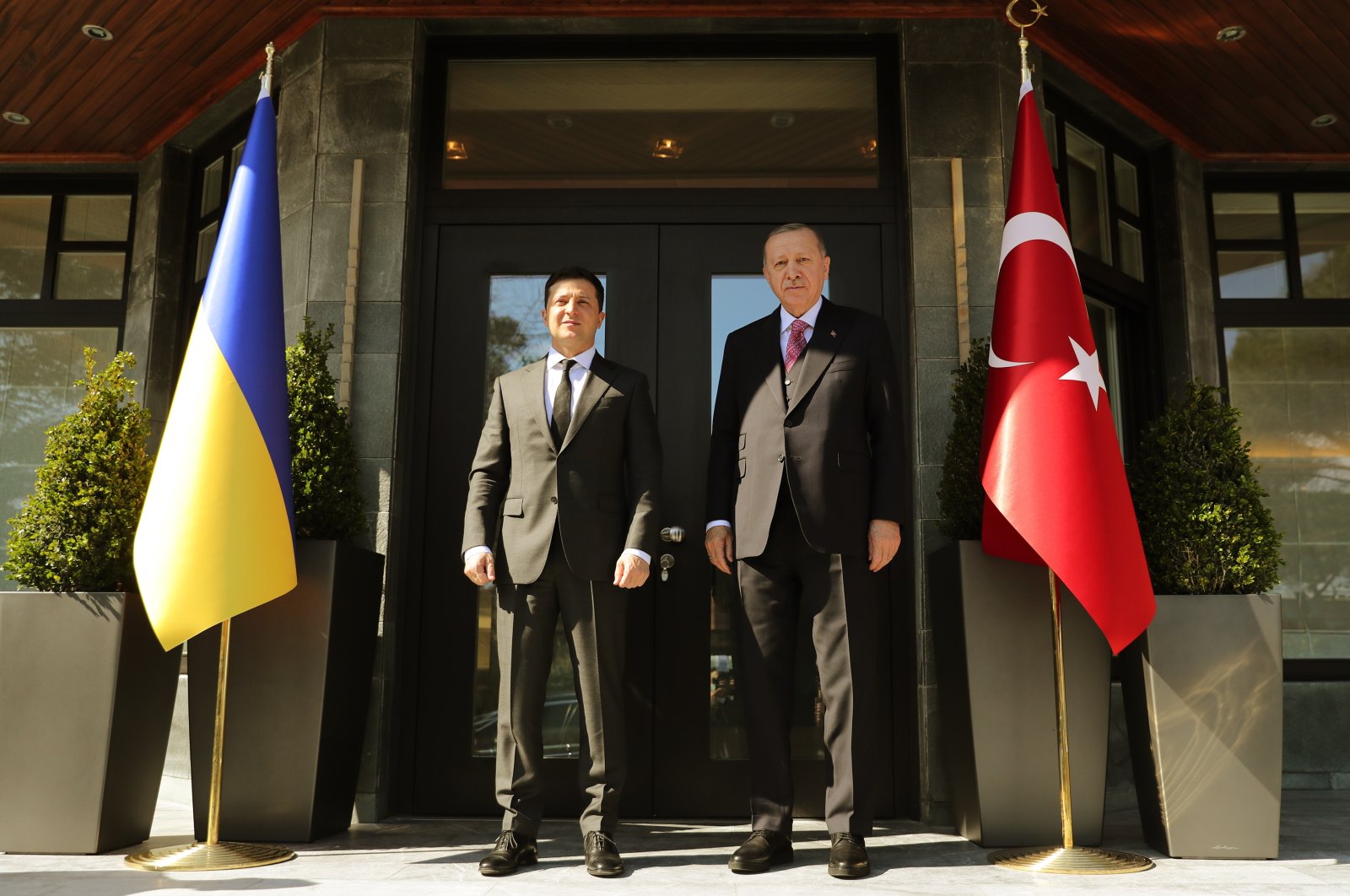 President Recep Tayyip Erdoğan on Saturday urged to resolve tensions near the Ukraine-Russia border through dialogue, adding that Turkey’s primary goal is to make the Black Sea region a basin of peace.

"Tensions in eastern Ukraine can be resolved peacefully through dialogue, in line with international law and Ukraine's territorial integrity. Our primary goal is for the Black Sea region to be a basin of peace," Erdoğan said at a joint press conference with Ukrainian President Volodymyr Zelenskiy.

He reiterated Turkey’s decision to not recognize the annexation of Crimea, saying that Ankara supports Ukraine's initiative of Crimea Platform.

For his part, Zelenskiy said the views of Kyiv and Ankara coincide regarding threats in the region and responses to these threats.

"It is very important for Ukraine for Turkey to support its territorial integrity, we have provided detailed information to Turkey regarding the situation in temporarily occupied Ukrainian territories of Donbass and Crimea," he said.

The meeting between Erdoğan and Zelenskiy is closed to the press and began at 3:45 p.m. local time (12:45 p.m. GMT) at Huber Mansion in Istanbul.

Zelenskiy was in the city to attend the 9th meeting of the Turkey-Ukraine High-Level Strategic Cooperation Council. Cooperation in the defense industry, a free-trade agreement (FTA) and tourism were to top the agenda of the meeting.

Kyiv has raised alarm over a buildup of Russian forces near the border between Ukraine and Russia and over a rise in violence along the line of contact separating Ukrainian troops and Russia-backed separatists in Donbass.

The Russian military movements have fuelled concerns that Moscow is preparing to send forces into Ukraine. The Kremlin denies its troops are a threat, but says they will remain as long as it sees fit.

Erdoğan's office earlier said all aspects of Turkey-Ukraine ties and steps to deepen cooperation would be discussed in a meeting.

"Regional and international issues will be on the agenda of the talks as well, on the basis of the understanding that peace and stability be preserved," it said in a statement.

The United States says Russia has amassed more troops on Ukraine's eastern border than at any time since 2014, when it annexed Crimea from Ukraine and backed separatists in Donbass.

On Friday, Turkey said Washington will send two warships to the Black Sea next week.

NATO member Turkey has forged close cooperation with Russia over conflicts in Syria, Libya and Nagorno-Karabakh, as well as in the defense and energy areas. But Turkey has criticized Crimea's annexation and supported Ukraine's territorial integrity and has also sold drones to Kyiv in 2019.

Kyiv said Saturday Ukraine could be provoked by Russian aggravation of the situation in Donbass.

"We want the problems between the two countries to be solved in a peaceful manner, through dialogue," Turkish Defense Minister Hulusi Akar said Wednesday. "We are trying to keep a balance with Russia and other Black Sea coastal countries without causing a crisis," he added.